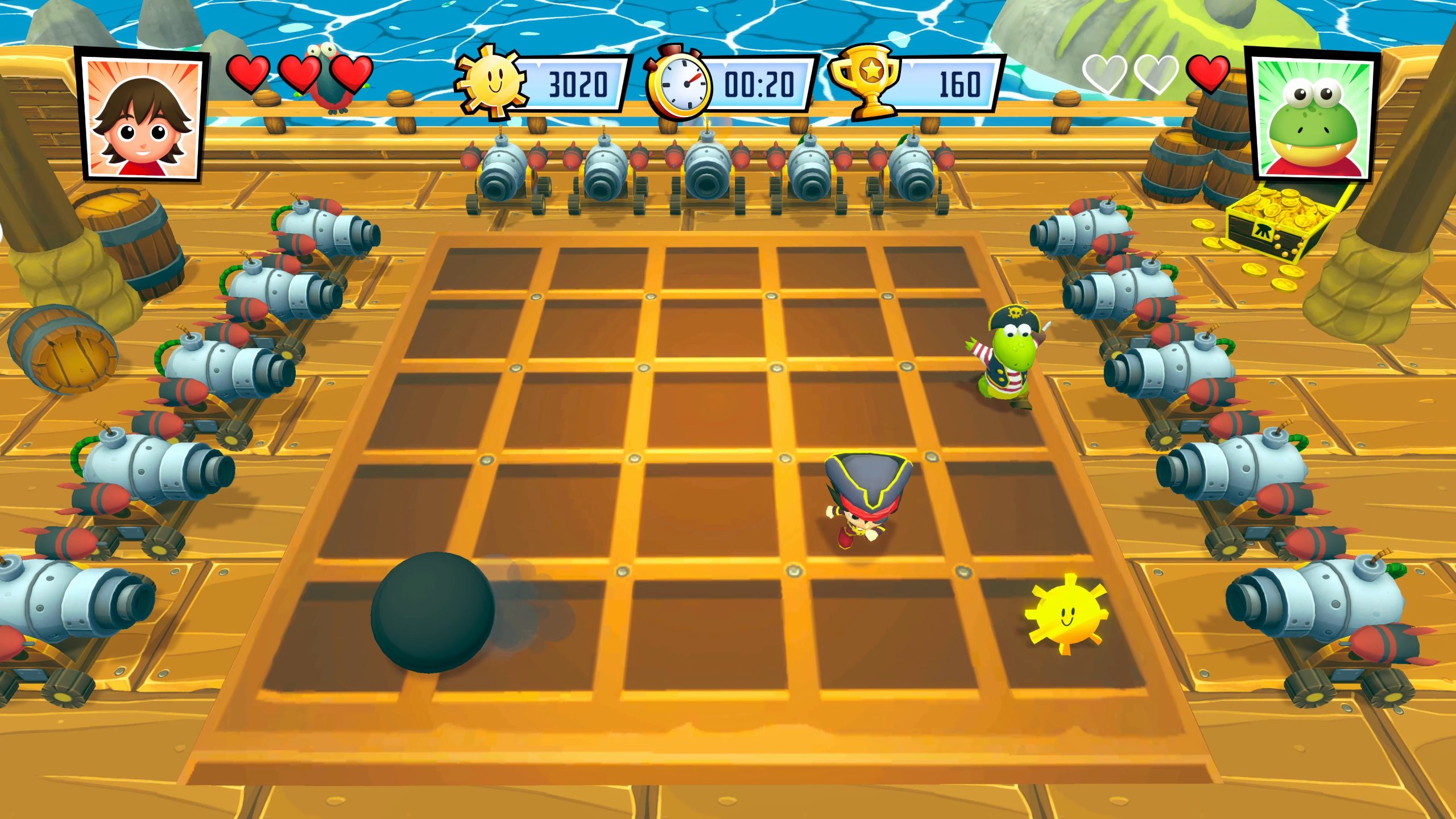 For many young kids, a megastar like Ryan needs no introduction. One of the highest paid YouTube stars of all-time, he is a pretty big deal. This isn’t even his first foray into the world of Xbox; 2019’s Race with Ryan saw him and his imaginary friends take on the world of kart racing. This time around, he is focussed on platforming. Team up in Ryan’s Rescue Squad available now on Xbox, PlayStation, PC and Nintendo Switch.

Channelling a 2D platformer, Ryan’s Rescue Squad sees Ryan teaming up with a variety of Ryan’s World cast including Combo Panda, Alpha Lexa, Gus and more. Other members of Ryan’s World have been kidnapped by the evil Dark Titan and it is left to Ryan and his teammates to get them back safe and sound.

Ryan will explore worlds based around toys, pirates, space and prehistoric times on his adventure. He will need to collect Sun Coins and Surprise Eggs to unlock new items to assist him. If those Surprise Eggs sound familiar, they are the same as the real-world ones that your kids pester you for.

Ryan’s Rescue Squad also features a couple of two-players modes: Spaceship Fight and The Floor is Lava. The main game too can also be played together locally; grab a grown-up to help you through those tricky bits.

Ryan’s Rescue Squad is out now on the Xbox Store priced at £34.99. Stay tuned for our review coming soon where we will let you know whether or not it is worth it at that price.

Ryan’s friends have been kidnapped by the evil Dark Titan, Robo Combo, and Packrat – and you are the only hero who can rescue them! Set out on a quest packed with slime, spaceship-flying bosses, and Ryan’s Surprise Eggs. Collect Sun Coins and Surprise Eggs to unlock new shop items and customize your character with fun alien hats, gamer gear, and much more. Use your platforming skills and special moves to save the day. You can’t beat these bad guys alone, so it’s a good thing hilarious Ryan’s World characters have got your back. Use Gill’s Barrels, Moe’s Spaceship, Peck’s Slime, and more to stun and defeat enemies. You can even ride on a giant Shelldon! You’ll find them all as you explore the amazing worlds of Toys, Pirates, Space, and Prehistoric, where Ryan’s friends are waiting for you to rescue them. So, choose which hero to be – Ryan, Combo Panda, Alpha Lexa, or Gus the Gummy Gator – and jump into Ryan’s World. Invite a friend or grown-up to play with you in local two-player mode. And try exciting games like Spaceship Flight and The Floor is Lava. Can you defeat Dark Titan and his fiendish allies?

Dragon Ball: The Breakers gets an open beta this week, adds in best characters Farmer and Majin Buu
Olivia Wilde & Harry Styles Still Together as She Rocks Out at His Last MSG Concert
Maren Morris Might Skip CMA Awards Following Feud With Jason Aldean’s Wife
Netflix India Showcases Vasan Bala’s ‘Monica, O My Darling’, ‘Scoop’ & ‘Guns & Gulaabs’ At Tudum Event
Danny Ramirez Talks Breaking ‘The Glass Ceiling’ With Top Gun: Maverick And How Insane It Was Filming Those Scenes In The Air