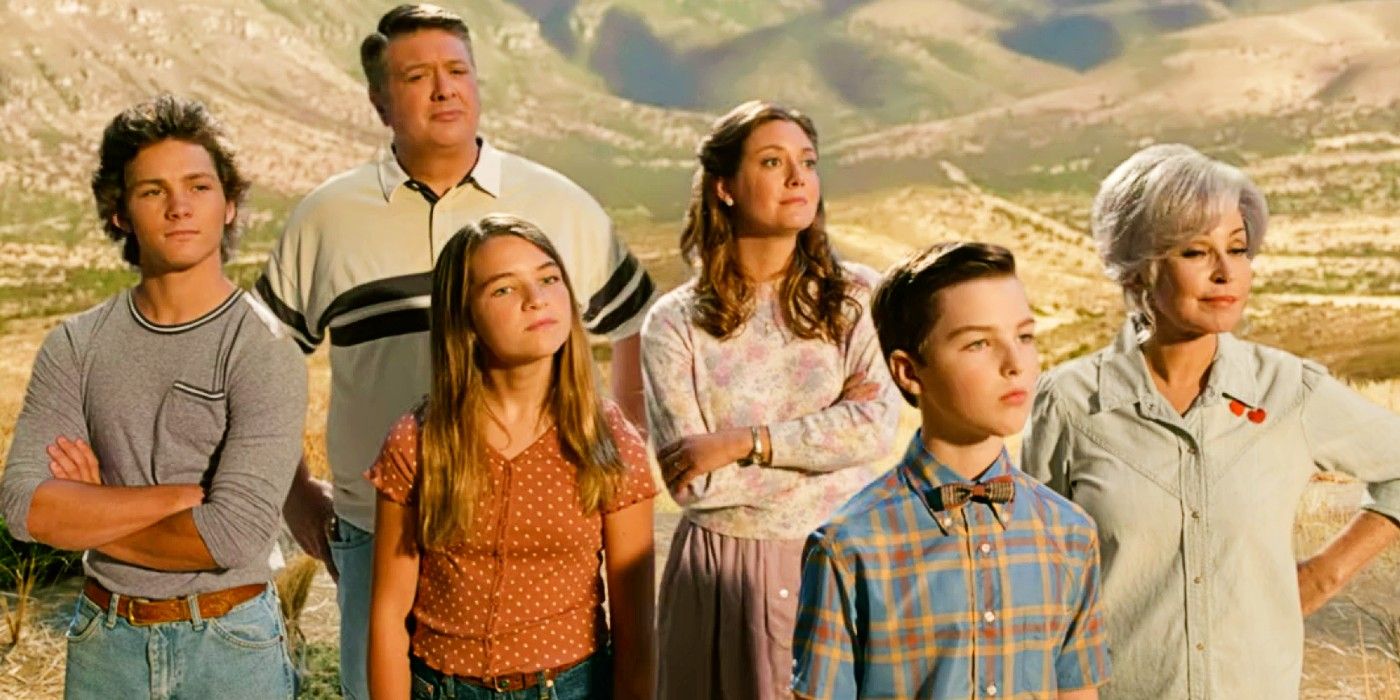 Young Sheldon‘s 100th episode guest star has finally been revealed. The Big Bang Theory spin-off’s current year is on its final stretch. But before it officially wraps up, the sitcom is also set to celebrate an important milestone, reaching 100 episodes after more than five years, which is actually a rare feat nowadays for network shows. So, naturally, fans are expecting some big surprises from the CBS sitcom.

Premiering in 2017, Young Sheldon aired back-to-back in its first two years with its parent series. But after The Big Bang Theory ended in 2019, the spin-off has been standing on its own. While it still hasn’t reached the level of popularity that the original show enjoyed, it is CBS’ premier comedy, drawing millions of viewers every week. At this point in its storytelling, it has a lot of ongoing narratives which are all waiting for their culmination. It’s currently on hiatus due to NCAA’s March Madness, but it’s proving to be worth the wait as its next offering will mark the 100th episode milestone for the project.

With that, Young Sheldon season 5, episode 17’s synopsis from Futon Critic has already been revealed. Titled “A Solo Peanut, a Social Butterfly and the Truth,” the outing will feature the return of McKenna Grace’s Paige — Sheldon’s child prodigy competitor. It’s been a while since fans saw the character, and while she doesn’t regularly appear, it’s always a fun time when she makes a comeback, especially given her interesting dynamic with the socially-inept genius. According to the official brief from CBS, the episode will see Paige asking Sheldon for an odd favor; as to what it might be is anyone’s guess at this point.

Elsewhere in the next Young Sheldon episode, Georgie (Montana Jordan) will finally come clean about his real age to his girlfriend, Mandy (Emily Osment). It can be remembered that he lied about being 21 when he’s just 17, since she’s almost 30. That’s going to be an awkward conversation, for sure.  Meanwhile, Meemaw (Annie Potts) and Dale’s (Craig T. Nelson) unexpected split will put Mary (Zoe Perry) and George (Lance Barber) in an awkward position as they’re caught in the middle. But while they may not be directly involved in the break-up, it could lead to another conflict that might ultimately force them to face their own relationship woes. And considering how stressed George has been the last few weeks because of work, it isn’t outside the realm of possibility that he has another meltdown.

Whether or not Young Sheldon‘s 100th episode will feature another surprise guest remains to be seen. Mayim Bialik’s anticipated return as Amy just went down, so a The Big Bang Theory cameo may be out of the question, at least in the foreseeable future. Nonetheless, considering that the upcoming outing sounds jampacked, it might be best for the sitcom to just focus on its narrative rather than shoehorn surprise appearances.

90 Day Fiancé: What Happened To Caleb & Alina After Their Painful Break-Up
Related Topics

Accidental movie and TV fan who is perpetually curious, Ana rekindled her love for writing and married it with everything pop culture. The result is a passionate writer who could ramble (and of course, pen) about films and series multiple hours a day. She has a soft spot for procedurals and old sitcoms (The Golden Girls!) but won’t dare watch any horror films although she’s (ironically) dying to see one. Though a bit late to the party and was an actual Force non-believer, she now finds the Star Wars franchise quite fascinating (fun fact: it was a crazy Jar Jar Binks/Sith theory that drew her in).