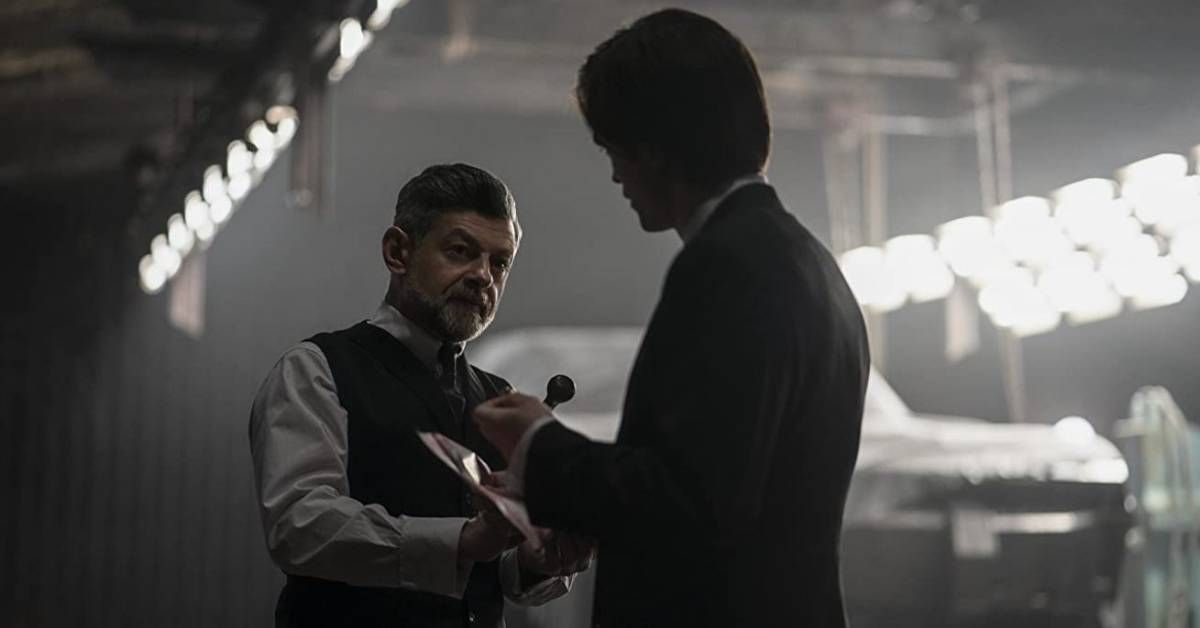 Warning: Spoilers for The BatmanThe Batman, starring Robert Pattinson as its titular lead, is a remarkable step-up for the superhero genre. The cinematography, music, acting, and writing all coalesce nicely into a superb film that follows Bruce Wayne in his early days as Batman. Gotham City has never looked better in this film and is practically a character in on of itself. Future superhero movies, Marvel, DC, or otherwise, will have large shoes to fill if they are to match The Batman’s allure.

Longtime fans of the superhero movie genre undoubtedly sat through the end credits (which, if you include them, make the movie roughly three hours) only to be met with something that probably wasn’t quite what they wanted. The end credits reveal only a simple message, one that is suggested to be typed by the Riddler on a retro-looking monitor. That message is a simple “goodbye.” However underwhelming this may have felt for fans expecting something jaw-dropping and epic, the post-credits scene is actually perfect for The Batman. It sets a healthy precedent for superhero movies going forward.

With the advent of the Marvel Cinematic Universe, many moviegoers, and even more so regular viewers of superhero movies, look forward to the obligatory post-credits scene, sometimes even more so than the actual movie. But is this a healthy way to reward the filmmakers? When walking out of a theater, the audience should be reflecting on what they just watched in its entirety, not the last ninety seconds.

Related: Barry Keoghan Finally Opens Up About Joining The Batman

In the case of Matt Reeve’s The Batman, the post-credits scene consists of “goodbye,” which gives nothing for the audience to grasp onto. Because it’s so minimal and simple, it’s not discussion-worthy, meaning that audiences will leave the theater discussing The Batman and not some vague hint of what’s to come. This precedent is an overall positive one, not just for filmmakers but also for audiences. The discussion around movies (especially those so prominent in the popular consciousness) will become less homogenous. Instead of discussing the MCU or the DCEU as a whole, it will become easier to consciously separate each film and judge it based sheerly on its individual merits and thus, appreciate them for what they are and not the collective they make up.

The Batman Should Be Enjoyed by Itself

Speaking of homogeneity, each movie in a shared superhero universe feels as if it’s merely the latest episodic installment. No longer are these films able to stand on their own. Now, they must prop each other up. For instance, in The Avengers, the defeat of Loki becomes muddled by the reveal that there is another threat out there in the form of Thanos. And following that, in Avengers: Age of Ultron, the titular Ultron’s defeat is reduced to a stepping stone. His character and defeat are shoved to the side because audiences know Thanos is coming. Therefore, movies that play into a cinematic universe become a continuous waiting game for the next installment. This makes it increasingly difficult to enjoy a film for what it is instead of what it represents.

The Batman then, by promising practically nothing (aside from a slight teaser at the end, before the credits), grounds itself more than any other film placed directly into a cinematic universe. It’s given room to breathe and be itself without being held in relation to other movies. Once again, this is an overall healthy practice for filmmakers and fans of film since it will satiate audiences and ensure that any follow-up film isn’t rushed for the sake of cashing in on an audience’s expectations.

Marvel has been employing post-credits scenes since Iron Man, the first installment of the MCU. Every other film of theirs has followed suit to the extent that DC has even attempted to copy them. Notoriously, 2011’s Green Lantern, which didn’t do well enough to warrant a sequel, contained a post-credits scene teasing a future villain. At this point, a post-credits scene is something that is expected. It’s no longer a surprise, just something that you have to wait through roughly ten minutes of credits to get through.

However, with The Batman’s post-credits scene, most audiences won’t be keen to await something mind-blowing at the end of the credits. They will expect something akin to “goodbye” again. By creating this expectation and perhaps building on it for future installments, DC can truly surprise audiences again when it decides to provide a significant post-credits scene.

At this point, post-credits scenes don’t even need to be hidden because audiences are already trained to look forward to them. So, in essence, they’ve lost their value as a sort of “hidden treat.” With the new precedent set by The Batman’s post-credits scene, superhero movies can eventually reclaim that motif of secrecy.