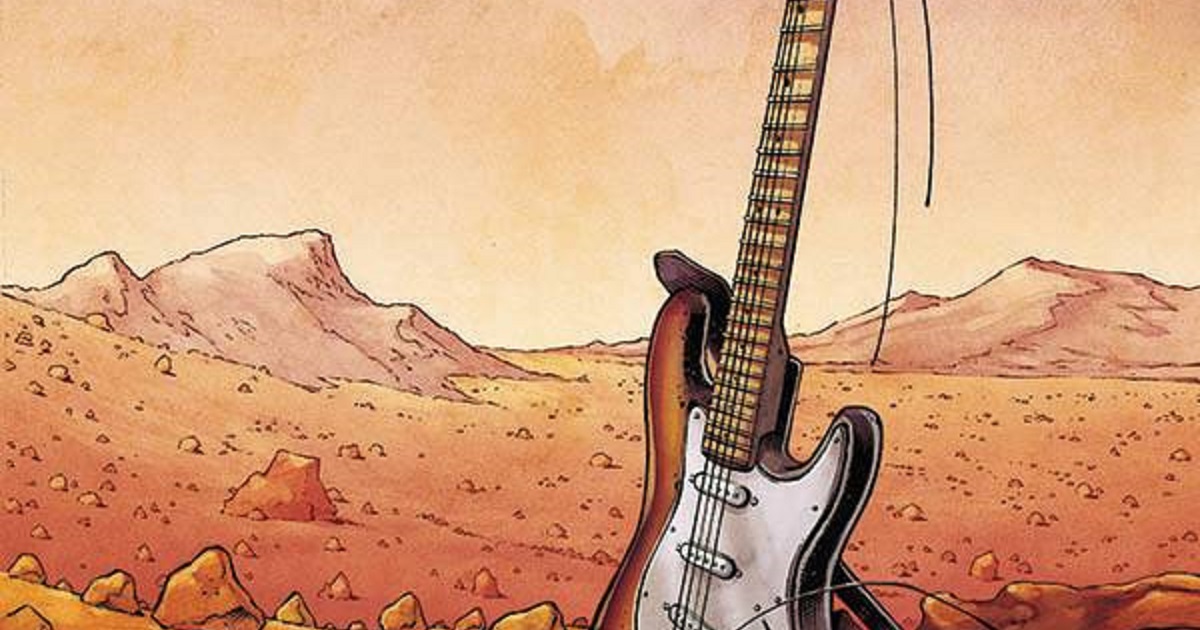 This week marks the debut of Wednesday Comics, a new column in the same spirit as our long-running weekly review pieces, the DC Round-Up and The Marvel Rundown. The main thing with this new addition, though, is that instead of writing about releases from the Big 2 superhero publishers, this one will be concerned with the releases from the rest of the direct market monthly publishers, from Image Comics to IDW, from Dark Horse to BOOM!, from Vault to Dynamite, and so on.

Each week we’ll do our best to hit all the new #1s, as well as some finales and other notable issues, featuring one longer review and a series of quick-hit blurbs. You can find the first edition below…enjoy!

Traveling to Mars #1 is both a natural extension of the themes that writer Mark Russell likes to explore, as well as something that he’s never done before, or at least not done to this extent — it’s a very personal story that eschews most genre trappings (save for some grounded sci-fi and a little very-near-future dystopia) for an intense focus on a single character.

It’s a natural continuation in that like the rest of Russell’s work, it’s as he describes it, “a grand critique of civilization.” In this book, society has essentially exhausted the  finite fossil fuels on Earth, while also discovering that Mars is chock full of material that can be harvested and turned into fuel, making whoever manages to lay claim to it very very rich in the process. The only thing is, laying that claim to it is a tricky issue, one that sort of gets boiled down to whoever gets there first physically, gets the prize. To that end, a corporation is looking for an individual to send up there on its behalf, an individual who is quite literally disposable. That’s the high concept to this book.

The very personal element comes in when the company finds that individual — Roy Livingston, the assistant manager of the third best pet store in Alabama, who also is terminally ill. Roy, who is divorced and beholden to basically no one, is chosen for this because the nature of the trip will accelerate his illness, all but ensuring he dies in the process of claiming resource-rich Mars for the corporation sending him there. Russell’s script includes some of the most lived-in first person narration — played out as journal entries written during the titular trip — that I’ve seen in any comic in a very long while, an honest and empathetic effort to really inhabit this character, to consider what it would be like to be him and experience the things he experiences in this book.

The result is a touching and engaging comic that ends up feeling relatable and immersive. There are still touches of the type of humor found in most of Russell’s work, the jokes made about things that are so dumb or frightening, that one just has to laugh, but it’s also emotionally vulnerable. Of course, none of this would work without the art to match it, and that’s delivered well by Roberto Meli, with colors by Chiara Di Francia, and letters by Mattia Gentili.

The art team does an outstanding job with this story from page one, which is entirely the main character sitting at a desk (in space) and journaling. The art understands that what a script like this calls for is subtly, using character facial expressions and subdued backdrops to engage while the reader goes through the journal entries. The artists here are as capable of delivering a big set piece — an establishing shot of a space station floating through space — as they are a contemplative moment of intense character. It’s great work, and it wouldn’t be possible without a thorough understanding of what this fairly singular script is trying to accomplish.

All in all, Traveling to Mars #1 might be easy to miss, as it’s from a smaller publisher and not easily put into the same box as any hugely successful comics. There’s no easy Die Hard meets David Bowie in Labyrinth or whatever equation for a quick sell. It’s just not that type of comic. No, what it is is an intensely personal and honest story born from frustrated anxiety over the easy choices for a better future that society continues not to make. There’s catharsis in this very smart and well-done comic, and I can’t recommend it enough.