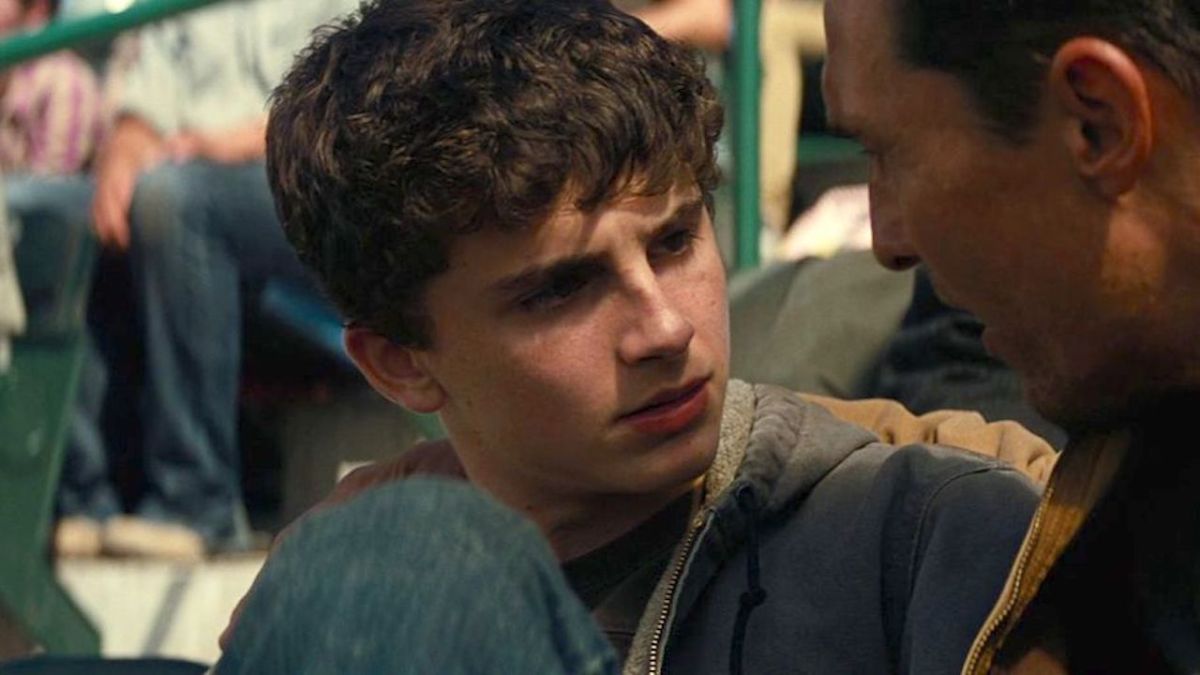 Do you remember the first time you saw Timothée Chalamet onscreen? If you enjoy filmmaker Christopher Nolan’s work, then it’s a good bet that was 2014’s Interstellar, which saw Chalamet playing the young version of Tom Hooper, the son of Matthew McConaughey’s Joseph Cooper (a smaller role than he initially thought it was). But as it turns out though, Interstellar wasn’t the movie that convinced Chalamet to dedicate himself to acting, though the Nolan sci-fi flick did still help with that.

One wouldn’t be faulted for thinking Interstellar was heavily influential in Timothée Chalamet deciding to stick with acting, as it’s the second movie he ever appeared in. Prior to that though, the actor starred in Men, Women & Children, which also came out in 2014. While speaking with South China Morning Post’s Style, Chalamet talked about where his life was at when he was cast in the Jason Reitman-helmed movie:

In addition to his time as Finn Walden on the Showtime series Homeland, Timothée Chalamet’s other early TV work included Law & Order and Royal Pains. So between those series and Men, Women & Children, plus Interstellar for good measure, that’s a nice body of movies and TV shows to essentially introduce yourself to the entertainment world. Still, it’s one thing for a young actor to appear in a few projects, then move onto other endeavors, and another for that young actor to officially dedicate themselves to acting. In Chalamet’s case, after enrolling in Columbia University, he realized he wanted acting to be his official profession, recalling:

2017 was certainly a big year for Timothée Chalamet, because along with acting in Lady Bird, he also appeared in Call Me by Your Name, Hot Summer Nights and Hostiles. This was followed by Beautiful Boy in 2018, and in the year after, he starred in A Rainy Day in New York, The King and Little Women. Now Chalamet is one of Hollywood’s most well-known younger actors, and it’s thanks to Men, Women & Children that his acting talents are being shared with the entire world. Had working on that movie, and possibly Interstellar too, not been enjoyable experiences for him, perhaps he would have stuck with his literature studies and become a member of academia instead.

With 2022 having seen Timothée Chalamet act opposite Taylor Russell and re-team with director Luca Guadagnino in Bones and All (fun fact, the actor’s fans caused the movie’s red carpet premiere to get shut down), 2023 is set to be another big year for him, as along with reprising Paul Atreides in Dune: Part Two, Chalamet is playing a young Willy Wonka in the aptly-titled Wonka. If you’re curious about what other movies are coming out this year, look through our 2023 release schedule.