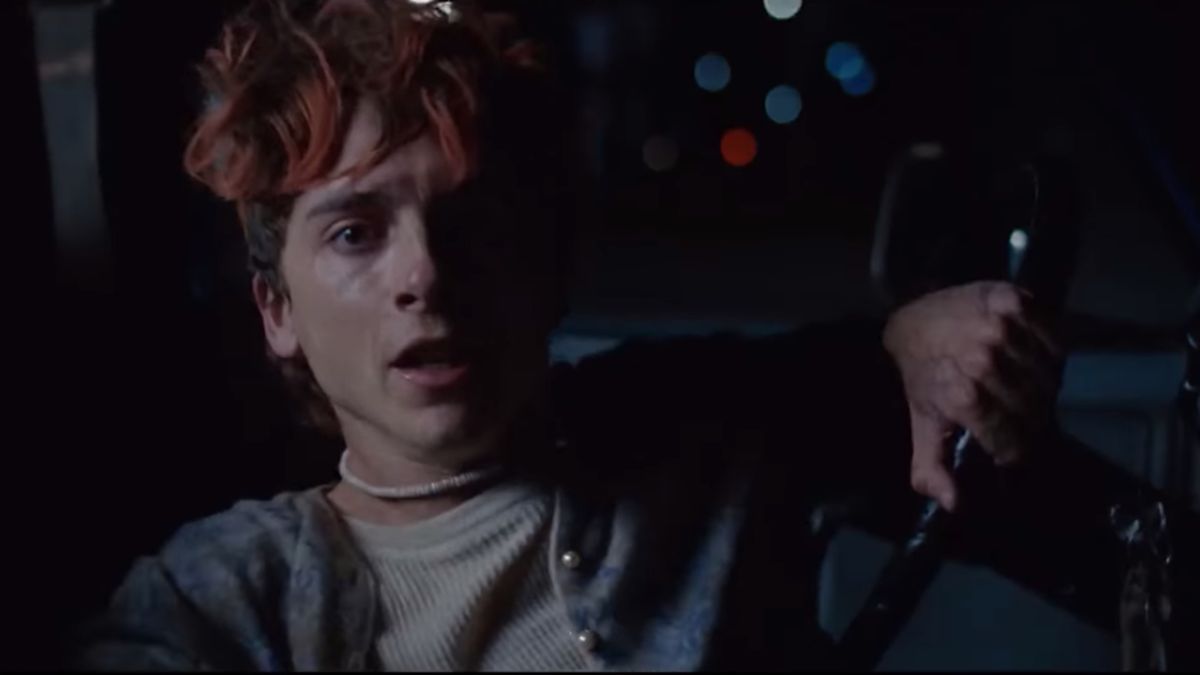 I mean this sincerely, there isn’t anything better than a Timothée Chalamet red carpet moment. He plays with patterns, embraces androgyny and makes bold decisions with his looks. Today is no exception, as this morning, the actor did a press at the Venice Film Festival, where he said he thinks “societal collapse is in the air.” Later on, the actor showed up on the red carpet for his new film Bones & All decked out in bright red.

Rocking a backless, sleeveless all-red number from Haider Ackermann, Chalamet strolled down the carpet, leaving all of us behind with our jaws left on the floor. Along with Chalamet’s silky bright red pants and top was a scarf of the same color, giving the fit even more flare. He complimented the red with black boots and Ray-Ban sunglasses.

I’m in love with this #TimotheeChalamet pic.twitter.com/b85VRipNWrSeptember 2, 2022

Although, are we surprised by Chalamet’s look? No, not at all. He has a phenomenal track record of picking clothes that are daring, edgy and also classy.  His approach to fashion is comparable to fashion icon and his fellow Dune cast member Zendaya. Back in 2018, he rocked a floral suit by Alexander McQueen. At the 2019 Golden Globes, he wore a Louis Vuitton bedazzled black harness over a black suit. And at last year’s Venice Film Festival, he wore a sparkly back two-piece set by Haider Ackermann with Cartier jewels.That’s only scratching the surface of Chalamet’s fashion moments.

The actor is in Venice for the moment to promote his new horrific and romantic cannibal movie Bones & All. Chalamet is coming to the festival from filming Dune: Part Two, which started production earlier this summer.

Bones & All sees the reunion of Chalamet and director Luca Guadagnino, who directed the actor in his breakout movie Call Me By Your Name. This new movie is based off the same-named book by Camille DeAngelis. Taylor Russell, known for her role in Waves, plays the lead character in Bones & All, with Chalamet in a supporting role.

While the film is highly anticipated, it is being released in the midst of the controversy surrounding Armie Hammer, who was in Call Me By Your Name, and the release of the docuseries House of Hammer. Allegations about Hammer include him sharing cannibalistic fantasies with his romantic partners. Guadagnino responded to the coincidence in timing, saying it hadn’t dawned on him that the two releases were happening around the same time. He also said it was not planned since the film has been in development for a long time, and the link between the two exists only on social media, which he does not use.

Bones and All received an 8.5-minute standing ovation at the Venice Film Festival, according to Variety. and early reviews are positive. According to the 2022 movie schedule it will be released theatrically on November 23.

Following Bones & All, Chalamet has two highly anticipated projects in the works: Wonka and Dune: Part Two. With this movie making the rounds at festivals and his upcoming projects planned releases next year, I can’t wait to see what epic looks Timothée Chalamet shows up in next.