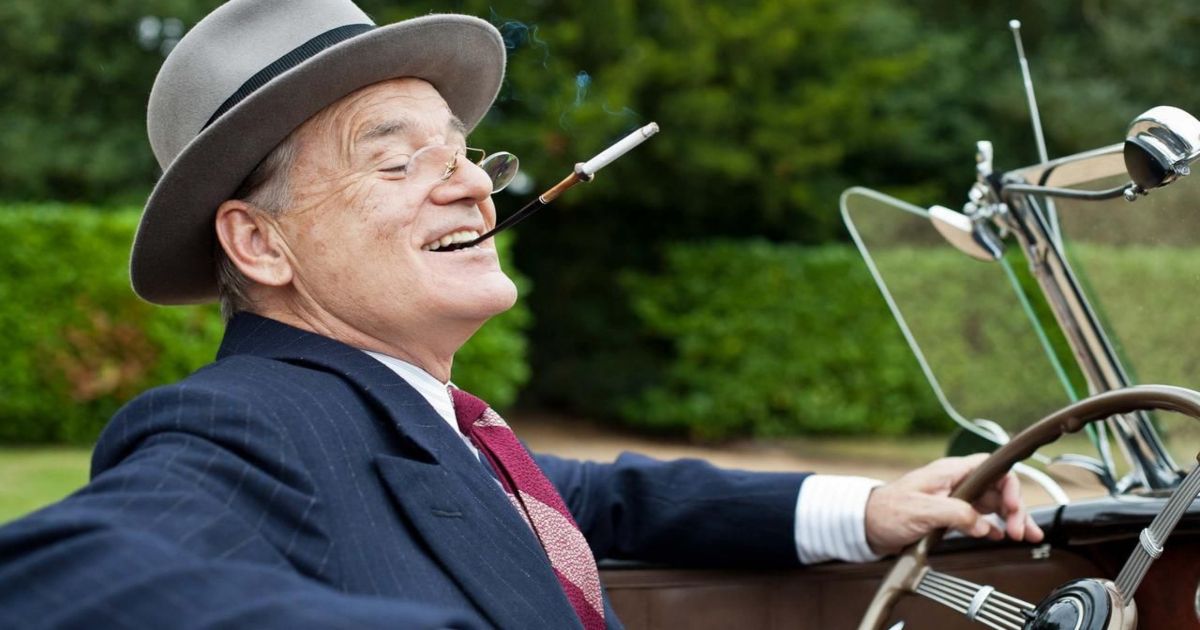 Some of the United States’ most highly revered and deeply admired presidents have been beautifully captured and depicted on the silver screen. From historical dramas to tantalizing political thrillers, these films feature famous leaders and provide a more personal and intimate look at their tenure as powerful world figures. The cinema has never been one to shy away from detailing the private and public lives of these monumental men, superbly showcasing the good, the bad, and everything in between. The great biopics and dramas often come from the genius minds of Hollywood’s most talented filmmakers and include A-list cast members and dynamite portrayals.

The legendary Steven Spielberg stunningly captured Abraham Lincoln’s crusade to abolish slavery in 2012’s Lincoln, while Oliver Stone helmed the fascinating yet polarizing picture JFK, chronicling the alleged cover-up of John F. Kennedy’s assassination. Many fantastic actors have stepped into the shoes of these distinguished presidents, most notably Daniel Day-Lewis as the aforementioned Lincoln, Bill Murray as Franklin D. Roosevelt, and even Robin Williams as Dwight D. Eisenhower. These are the best movies about American presidents.

The critically-renowned Steven Spielberg directed the Oscar-winning 2012 biographical historical drama Lincoln, starring cinema great Daniel Day-Lewis as the sixteenth President of the United States Abraham Lincoln. The picture takes place during the American Civil War and depicts the admired historical figure as he struggles with bloodshed on the battlefield and his efforts to abolish slavery and involuntary servitude in January 1865.

Screenplay writer Tony Kushner considered Lincoln “the greatest democratic leader in the world” yet found capturing his legacy in words to be quite daunting because, as he said, “I have no idea what made him great; I don’t understand what he did any more than I understand how William Shakespeare wrote Hamlet or Mozart wrote Così fan tutte.” To prepare for his role as the president, Day-Lewis read over 100 books on Lincoln and only spoke in his voice throughout the shoot, asking the British crew members who shared his native accent not to chat with him. For his impressive role as the monumental leader, Day-Lewis won the Academy Award for Best Actor, becoming the first three-time recipient.

Based on the play of the same name, Ron Howard’s 2008 historical drama Frost/Nixon tells the story behind the infamous Frost/Nixon interviews of 1977 between British talk show host David Frost and former president Richard Nixon following the Watergate scandal. The talented Michael Sheen appears as Frost and Frank Langella as Nixon, and showcases the two battling it out for the upper hand during the notorious sit-downs. The two leads completely immerse themselves in their roles and become their counterparts, and Howard tells a gripping and eloquent recollection of the disgraced president’s attempts to salvage his legacy.

Despite a lackluster response at the box office, Frost/Nixon was lauded by critics, with NPR writing on the insightful drama, “It wasn’t really Frost who did Nixon in: It was Nixon’s old nemesis, the TV camera–that unblinking eye, capturing every bead of perspiration, every nervous shift of posture, every furrow in a guilt-ridden presidential brow.”

The always in-demand Bill Murray and Olivia Colman star in the 2012 British historical dramedy Hyde Park on Hudson, portraying Franklin D. Roosevelt and Queen Elizabeth, showcasing the love affair between FDR and his distant cousin Margaret “Daisy” Suckley. The film takes place during the 1939 visit of King George VI and Queen Elizabeth to Roosevelt’s country estate, with events based on Suckley’s private journals and diaries that were discovered after her death. Laura Linney portrays Daisy, with the actress and Murray’s charming chemistry on full display throughout the dramedy.

Screenwriter Richard Nelson was inspired to bring the story of Daisy Suckley and her personal relationship with FDR to the big screen after reading a posthumously published collection of her letters and diaries; he was intrigued by the unique perspective Daisy offered on a series of historical events. For his lovely depiction of the 32nd President of the United States, Murray received a Golden Globe Award nomination.

Related: These Are the Best Bill Murray Movies

Richard Tanne’s endearing 2016 biographical romantic drama Southside with You chronicles the 1989 summer afternoon when the future President of the United States, Barack Obama, courted his future First Lady, Michelle Robinson, on a first date in Chicago’s South Side. Parker Sawyers and Tika Sumpter appear as a young Obama and Robinson, documenting their visit to an African art exhibit and viewing of a screening of Spike Lee’s Do the Right Thing, culminating in their first kiss outside an ice cream parlor.

Sawyers revealed in an interview with The Huffington Post that his uncanny resemblance to the president and spot-on impression became a favorite party trick even before being cast as the leader. He said, “Well I had been doing the voice, because I heard that I resembled him. So as a joke I was doing his voice at parties and on-set and stuff like that, but I did think I’d play him in 10 or 15 years. And then this popped up and I had to dial back the impersonation…and play the 28-year-old.” Southside with You earned widespread praise from critics, with appreciation for Tanne’s direction and screenplay and the impressive performances of its leads.

Visionary filmmaker Oliver Stone directed the 1991 epic political thriller JFK, which examines the events leading up to the assassination of John F. Kennedy in 1963 and details the alleged cover-up through the perspective of former New Orleans district attorney Jim Garrison. The film features an impressive cast of talented performers including Kevin Costner as Garrison, Gary Oldman, Kevin Bacon and Tommy Lee Jones, and follows Garrison as he conducts his own private investigation into the murder that leads to blowback from powerful political figures.

Stone was always fascinated by Kennedy’s assassination, and the director even had the chance to meet with Garrison and question him on his accounts. Though Stone’s pressing eventually caused Garrison to leave, his pride and dignity impressed the filmmaker, who said “Garrison made many mistakes. He trusted a lot of weirdos and followed a lot of fake leads. But he went out on a limb, way out. And he kept going, even when he knew he was facing long odds.” Upon its theatrical release, JFK was met by polarizing reviews but nonetheless won two Academy Awards and has since been lauded as an innovative picture.

3 All the President’s Men

Hollywood heavyweights Robert Redford and Dustin Hoffman star in the 1976 biographical political thriller All the President’s Men, which focuses on The Washington Post reporters Bob Woodward and Carl Bernstein as they uncover the details of the Watergate scandal that eventually leads to President Richard Nixon’s resignation. Based on the non-fiction book of the same name by the legendary journalists, the drama covers the first seven months of the scandal, from the time of the break-in to Nixon’s second inauguration on January 20, 1973.

To prepare for their paramount performances, Redford and Hoffman visited The Washington Post’s offices for months, attending news conferences and conducting research for their roles. All the President’s Men was heralded by reviewers and audiences alike, winning four Academy Awards out of eight nominations. Roger Ebert said of the picture, “It provides the most observant study of working journalists we’re ever likely to see in a feature film. And it succeeds brilliantly in suggesting the mixture of exhilaration, paranoia, and courage that permeated The Washington Post as its two young reporters went after a presidency.”

Lee Daniels’ 2013 historical drama The Butler is a riveting film loosely based on the real life of Eugene Allen, who worked in the White House for decades and served under seven different presidents during his time as a butler. The biopic was inspired by Wil Haywood’s Washington Post article, “A Butler Well Served by This Election” and stars Forest Whitaker as Cecil Gaines, an African-American who is a witness of notable political and social events of the 20th century during his 34-year-tenure serving as a White House butler.

The character is based on Allen, and The Butler includes many impressive depictions and performances of presidents such as Robin Williams as Dwight D. Eisenhower, Liev Schreiber as Lyndon B. Johnson and James Marsden as John F. Kennedy. The historical drama was both a critical and commercial success, with Whitaker earning a NAACP Image Award for his moving portrayal.

Dramatizing the Cuban Missile Crisis of 1962 from the perspective of the United States political leadership, the 2000 historical political thriller Thirteen Days features Kevin Costner, Steven Culp, and Bruce Greenwood as President John F. Kennedy. Based on Ernest R. May and Philip D. Zelikow’s book The Kennedy Tapes: Inside the White House During the Cuban Missile Crisis, the dramatization contains some newly declassified information with much of its dialogue taken from John F. Kennedy’s private White House recordings.

Greenwood shines in his role as the president, bearing an uncanny resemblance to the fallen political figure; before production began he and Culp (who portrayed Attorney General Robert F. Kennedy) would call each other on the phone and to practice their Boston accents and called it playing “Dueling Kennedys.” Kevin Costner traveled to Cuba in 2001 to screen Thirteen Days for Fidel Castro, saying at a press conference, “It was an experience of a lifetime to sit only a few feet away from him and watch him relive an experience he lived as a very young man.”

The Best Movies About Politics From the 21st Century, So Far
Related Topics

Talking Point: What’s The Worst Game That You Still Love For Some Reason?
Will Smith’s Apple Film ‘Emancipation’ Gets D.C. Screening, Good Reaction
No Man’s Sky for Nintendo Switch footage has leaked online
Rome’s MIA Announces 12% Rise In Accreditations As International Audiovisual Market Gears Up For Return To Full Strength
PREVIEW: Let’s get some hot chicken sandwiches in CHICKEN DEVILS #1