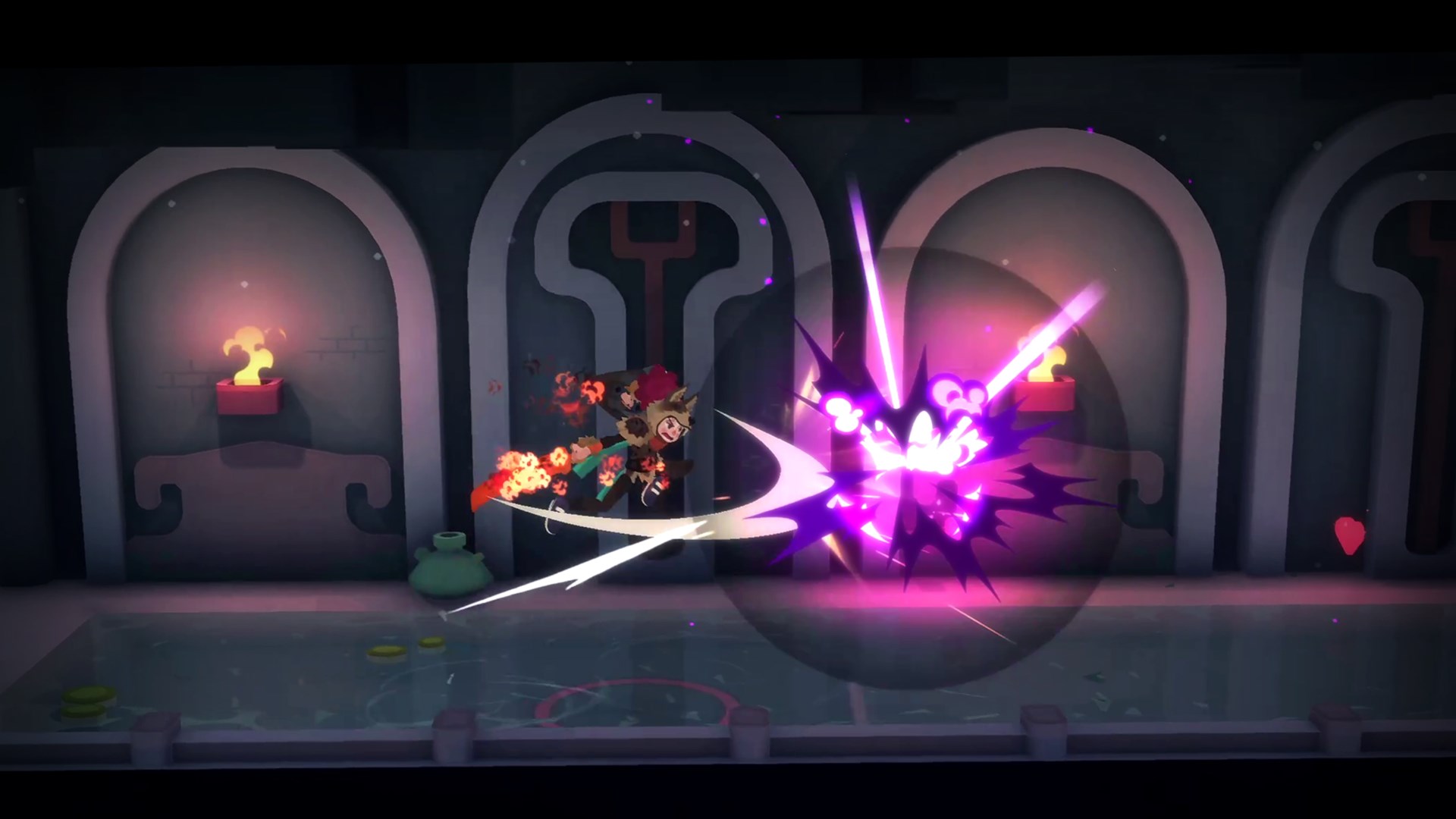 Daunting battles, enticing loot and a bunch of unlikely teens who are looking to save their guardian and the wider world. There’s much going on in the RPG beat ’em up that is Young Souls, as it arrives on Xbox, PlayStation, Switch, PC and Game Pass.

Available to purchase and download right now on Xbox One, Xbox Series X|S, PS4, Nintendo Switch and PC, along with play through Game Pass if you are a subscriber AND Google Stadia too, Young Souls comes about via the teams at The Arcade Crew and 1P2P Studio (we love that name btw!).

It’s a cooperative ready RPG that focuses massively on beat  ’em up action, as players get to learn about a group of teen misfits fighting back against the invasion of a goblin horde. It’s Jenn and Tristan who lead the way for the world as they go dungeon-clearing in hope of saving the land. After a brief rest back at their home, they awake to do the same again and again and again.

A price of £22.49 is attached to a download of Young Souls from the Xbox Store (expect that price to be roughly the same elsewhere), although if you’re a Game Pass subscriber, today sees the game debut in the scheme, Day One.

With a pretty engrossing narrative kicking around in the background and some stylish art helping push things along further, we’ve found Young Souls to be fairly enjoyable in our short time with it so far. Be sure to hold tight for our full review in the next few days, just as soon as we’ve managed to get a hold on those goblin invaders.

Let us know if you decide to pick up Young Souls – and how. Will you be paying up the asking price of the Xbox Store, the PlayStation Store, the Nintendo eShop or that of PC? Or is Game Pass going to be your RPG beat ’em up saviour? The comments are below.