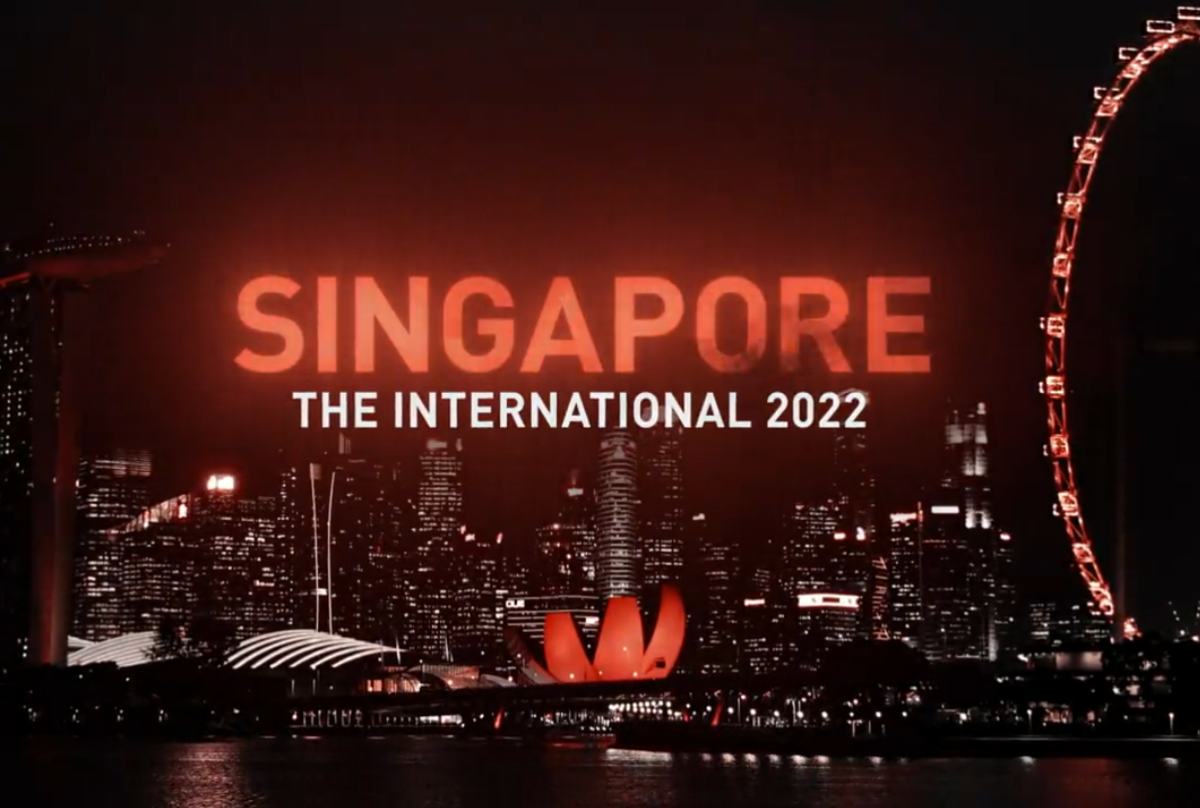 Dota 2 has confirmed that its largest annual esports tournament, The International, will hold its 11th edition in Singapore.

This marks the first time in the history of The International that the tournament will be played in Southeast Asia. Although information from the announcement video is sparse, Valve did reveal that The International 11 will take place in October 2022.

According to Twitter, the venues selected are the Suntec Centre and the large Indoor Stadium in Singapore, however Valve did not mention any venue details in the initial tweet.

Despite mostly being played in the USA, The International has previously been held in Canada, China, Germany and Romania. In 2021, the tournament took place in Bucharest.

The International was hit hard by the COVID-19 pandemic, with the tournament not taking place in 2020, Moreover, the initial location of the tenth edition, Stockholm, was changed after the organisers did not agree to terms with the Swedish government. The issues were tied to the visas for professional players due to the pandemic regulations. The tournament ended up taking place in Romania, but without a live audience.

The International 10 was the most-watched Dota 2 event in history and has recorded around 2.7m peak viewers for the grand final between PSG.LGD and Team Spirit. This was roughly 700,000 people more than the last record.

Singapore has proven to be a desirable place to hold esports tournaments during the pandemic. The country’s handling of the COVID crisis saw notable esports events take place there, such as the Mobile Legends: Bang Bang World Championship for two years in a row. The upcoming Wild Rift Icons Global Championship is also scheduled to take place in the Asian country.

Valve did not share any more details about The International 11, such as the company in charge of the production or ticket prices. The Battle Pass, the in-game purchasable virtual ‘goodie bag’ that helps fund the tournament, is also currently being held under wraps.

Esports Insider says: The International is going to Southeast Asia, which is huge for the community there and goes to show how much the region has grown when it comes to esports. Valve did not share much, but there are sure to be a lot of details coming from their side in the summer.