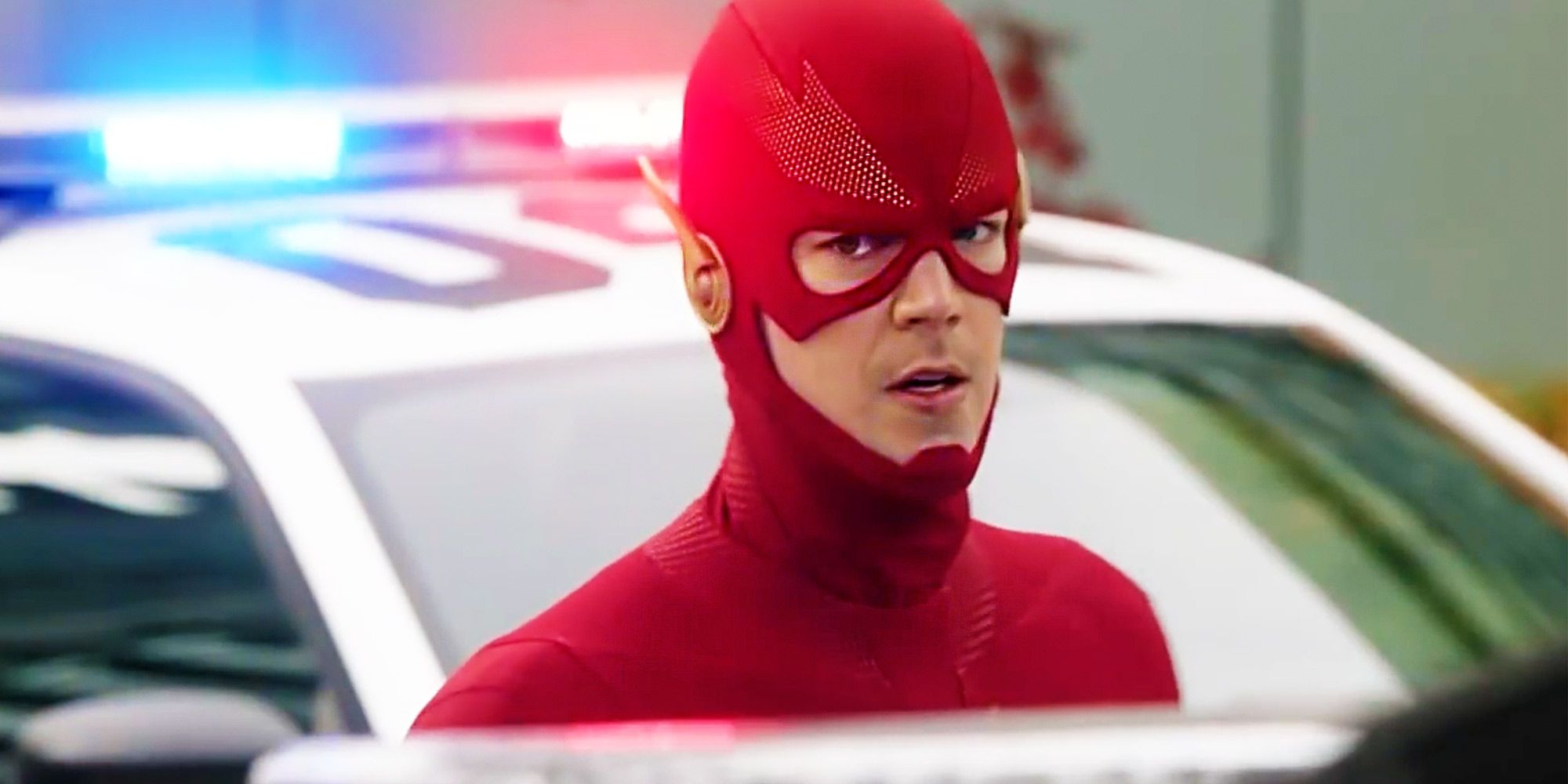 The Flash season 8, episode 8 trailer has Barry investigating a crime similar to his father’s. The Flash stars Grant Gustin as Barry Allen/The Flash, who works as a crime-scene investigator when not fighting crime as a superhero. A big part of The Flash‘s origin story is the murder of his mother, a crime for which his father was framed for. The real murderer was Eobard Thawne aka Reverse Flash, who would go on to become The Flash’s main arch enemy throughout the comics and the show.

So far in The Flash season 8, Barry has spent a huge amount of time fighting the threat of Armageddon, teaming up with fellow superheroes to take down the villainous Despero. However, it was revealed that Thawne was still alive and had caused a Reverse-Flashpoint, which prompted Barry to enlist the help of Damien Darhk to restore the timeline. Thawne is captured and locked up, once again leaving the door open for his continued threat against team Flash.

A new promo trailer (via TV Promos) has been released for The Flash season 8, episode 8, titled “The Fire Next Time,” which sees Barry confronting a very similar case as father’s, making it a much more personal crime to solve. The episode features series regulars Candice Patton and Kayla Compton as well as Jesse L. Martin, Danielle Panabaker, Danielle Nicolet and Brandon McKnight. It’s notable that this is one of the few times Barry is seen in his day job as a crime scene investigator as the series mostly features him in costume as The Flash, rather than his working life as Barry Allen. Take a look at the promo below:

It’s currently unknown if The Flash season 8 will be the final season for the long-running CW show, which would make it neck-and-neck with Arrow, the flagship series that ended with season 8. Rumors have said that The Flash season 9 is a lock and that Gustin is negotiating to return to close the series out, but even if that happens, the show will be prepared to close with the current season. According to showrunner Eric Wallace, The Flash season 8 is being prepared for both scenarios, whether it ends this season or continues to The Flash season 9, but no official word has been given on the show’s fate as of yet.

Having Barry take a break from the big superhero stories, such as Armageddon, gives the character some room to breathe and explore who he is under The Scarlet Speedster persona. Frequently, the costumed hero becomes the focus on superhero shows, but when there’s an alternate identity it can be beneficial to explore both sides of the character as they often complement one another. Seeing Barry confront the ghosts of his past in an investigation that hits close to home is a good way to get under his skin a bit and revisit what makes The Flash tick. The Flash, season 8, episode 8 debuts on Wednesday, March 23rd on CW.

Next: The Flash: Caitlin’s Story Complicates Firestorm’s Return In Season 8

90 Day Fiancé: What Happened To Caleb & Alina After Their Painful Break-Up
Related Topics

Paul Shirey is a senior news writer for Screen Rant. Formerly the Editor-in-Chief of JoBlo.com, he has over a decade of writing and reporting about the entertainment industry and has covered everything from Comic Con to CinemaCon to Star Wars Celebration, as well as covering numerous set visits and junkets all over the world. He is passionate about film, comics, TV and spends way too much on collectibles. A proud father, a combat veteran, dog lover, gym rat, coffee enthusiast and all around equal opportunity doughnut devourer, you can follow his daily exploits on Twitter and Instagram, as well as YouTube Videos on The Arctic Ninja Network.