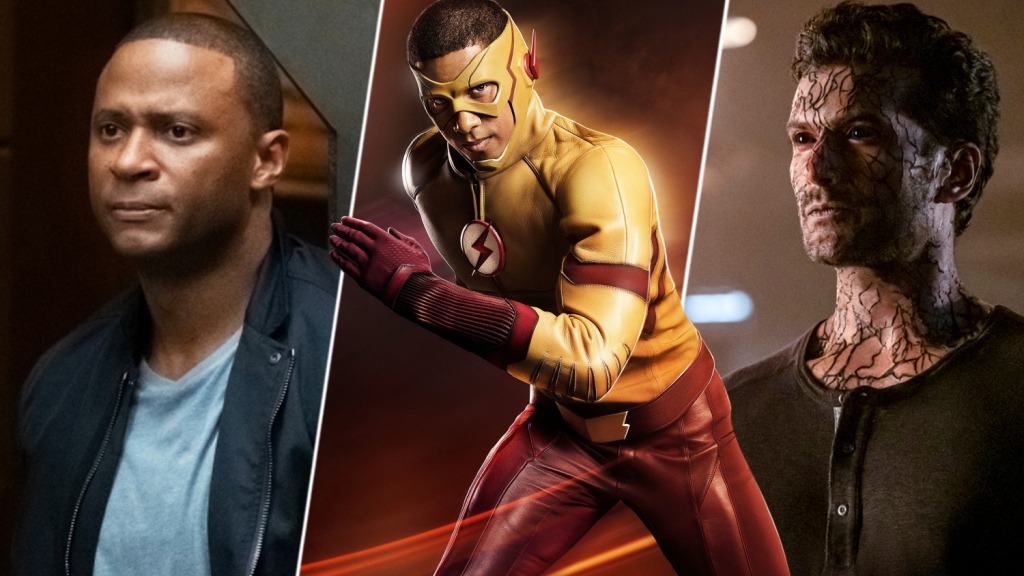 Some familiar characters will be returning to The Flash for its ninth and final season. David Ramsey (John Diggle aka Spartan), Keiynan Lonsdale (Wally West/Kid Flash) and Sendhil Ramamurthy (Ramsey Rosso/Bloodwork) will guest star in episode 909 in the upcoming season.

Ramsey, as John Diggle aka Spartan, has appeared in a total of 10 episodes of The Flash, beginning in Season 1.

“As one of the legacy Arrowverse characters who helped start it all, John Diggle holds a special place in our hearts, as well as the fans.” said executive producer Eric Wallace. “Plus, the commanding presence and commitment to excellence actor/director David Ramsey brings to the screen each-and every time is truly inspiring. So, of course, it was a no-brainer to have Diggle join Team Flash in our final season! So, get ready for a very emotional reunion as John Diggle aka Spartan helps protect Central City alongside Team Flash one, last time.”

Lonsdale, as Wally West aka Kid Flash, appeared in 45 episodes, joining as a series regular in seasons 2 and 3, recurring in season 4 and guest-starring in season 5.

“We’re so happy to reunite with the incredibly talented Keiynan Lonsdale as a part of The Flash’s final season. Because Kid Flash isn’t just another speedster—he’s a beloved part of our Team Flash family,” said Wallace. “So as soon as we knew he was coming back, we set out to create a special and heartfelt story for his return. The result is a brilliant performance from Keiynan that showcases a side of Wally West you’ve never seen before.”

Ramamurthy, as Ramsey Rosso aka Bloodwork, appeared in 9 episodes in Season 6.

“Ever since Sendhil turned in such a brilliantly haunting and unforgettable performance as the tortured Ramsey Rosso in Season Six, we’ve been looking for a way to bring him back,” said Wallace. “We also knew we wanted to have Ramsey play a part in Flash’s final race. Fortunately, everything came together and now the villainous Bloodwork’s return will set into motion one of the Flash’s wildest and most emotional adventures yet.”

Based on the characters from DC, The Flash is from Bonanza Productions Inc. in association with Berlanti Productions and Warner Bros. Television, with executive producers Greg Berlanti (Superman & Lois, Arrow, You), Eric Wallace (Teen Wolf, Eureka) and Sarah Schechter (You, The Flight Attendant, Riverdale), Sam Chalsen (Sleepy Hollow), and Jonathan Butler (Bella and the Bulldogs).