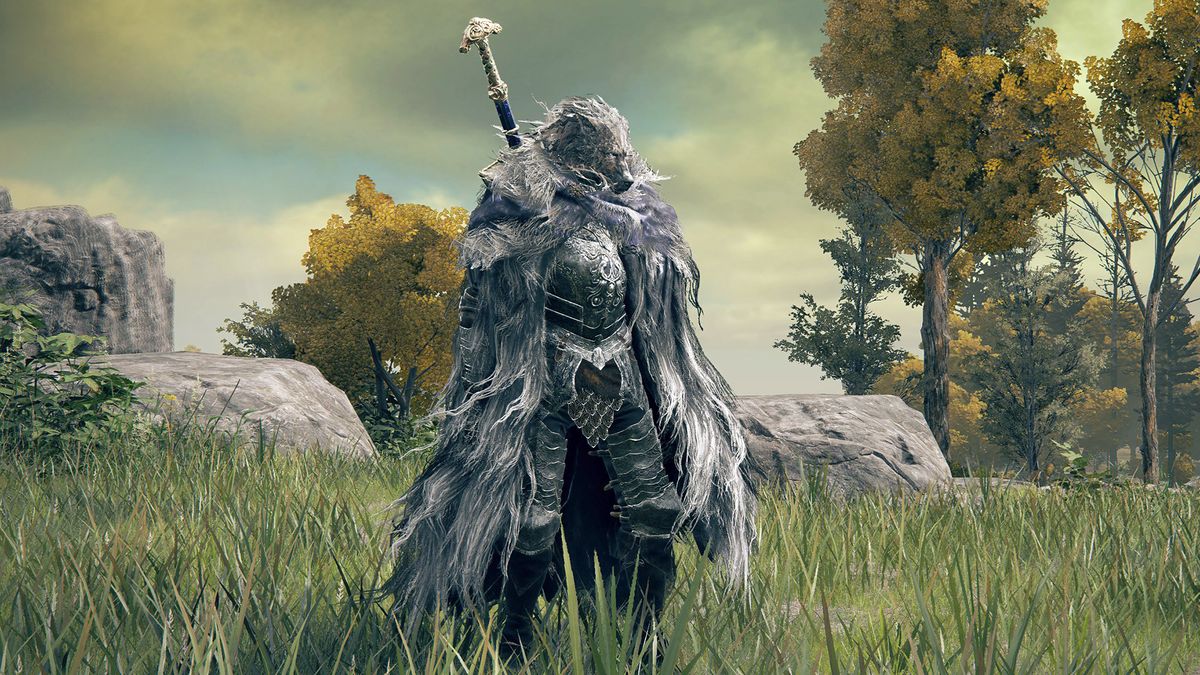 Looking for some Elden Ring build ideas? The sheer number of weapons, Ashes of War, and how you can combine them provides far more build potential than any previous FromSoftware game. Because Ashes of War and their affinities aren’t reliant on upgrade gems, you can be a lot more playful with how you build your character, swapping them out and tweaking your weapon’s scaling on a whim.

When you also consider the ludicrous number of Elden Ring armor setsin the game, there’s so much potential in terms of both building characters, and roleplaying whatever type of Tarnished you want. You might set out with a build in mind from the start, or prefer to make it up as you go along, and level to use the cool Elden Ring weapons that you discover on your travels in the Lands Between.

Either way, in this guide, I’ll go through some basic tips for building your character, why the Wretch class is still the best, and show off our favorite Elden Ring builds, and what you’ll need to use them yourself.

How to create an Elden Ring build for your character

The first thing to consider when creating a build is what you find fun, and how you can push that towards dealing damage. Usually it’s best to start with the Wretch class if you’re not sure what you want, since this will give you a blank slate that you can level in any direction. Because the Wretch is also level one, purchasing those initial levels will be much cheaper than it would have been otherwise. That makes it the most flexible of the Elden Ring classes.

The second thing to consider is stats. One of the best things about Elden Ring is that you can respec far easier than in any of the Souls games. As you can see in our Elden Ring respec guide, you grab a Larval Tear and redistribute your attributes based on your starting class—yet another reason why the Wretches’ balanced starting stat line is so great. This means you can change your build on the fly as soon as you beat Rennala.

If you want to be purely melee, stat distribution isn’t difficult, since it depends entirely on the scaling of your desired weapon. However, if you want to be a melee/spellcaster hybrid, find a weapon that has really good scaling and fits with your desired stat distribution. For example, the Darkmoon Greatsword scales very well with intelligence, yet doesn’t have a high strength or dex requirement, making it a great pick for a sorcerer.

If you’re more interested in incantations, the Staff of the Avatar is amazing for faith and strength scaling. For something faster, the Cipher Pata or the Coded Sword only require faith to use, and have great faith scaling, too. If you’re going purely spells, rather than weapons, you’ll want to base it on a staff or sacred seal. Magic is far easier to build in Elden Ring because most of the best casting items strengthen a particular type of spell. There are so many sorcery and incantation variants: Carian Sword, Glintstone, Stonedigger, Death, Crystalian, Fundamentalist, Godslayer, Bestial. Your best bet is to experiment and discover your favorite magical lore.

That said, here are some fun thematic builds we’ve come up with that show how it works, and might give you some ideas for your own:

The Crucible Knights are one of Elden Ring’s coolest mini-bosses. They are devout warriors who can use Aspects of the Crucible incantations to sprout giant tails and smack opponents with, fly into the air, or shoulder barge foes from a distance. This build focuses on Crucible Knight Siluria, who’s found in the Deeproot Depths, but there are plenty of choices available in the early game that’ll work here, such as the Golden Halberd, or the Treespear if you decide on a dexterity focus.

The most important thing is that you pick a weapon that also scales with faith. In terms of casting, the Clawmark Seal scales with strength and faith, and boosts bestial incantations. These deal physical damage, and are generally pretty good for staggering enemies so you can deal a critical blow. This is definitely a later-game build, since the first Crucible armour set that we know of, is located in the Auriza Hero’s Grave just outside Leyndell. That said, you can get Aspects of the Crucible very early on, with the Tail incantation located in the Stormhill Evergaol.

This is your sword-and-sorcery build, very similar to the Crucible Knight above, but with intelligence scaling and slightly more emphasis on casting. There are lots of excellent intelligence-scaling weapons in Elden Ring, and they are some of the best in the game. The Moonveil katana, for example, can fire a wave of magic, while the Sword of Night and Flame has become popular for its beam attack.

In terms of casting, you’ll want the Elden Ring Meteorite Staff for its absurd intelligence scaling, and close-range sorceries like the Carian Greatsword and Piercer. Glintstone Pebble is also a very cost efficient spell for longer range. For armour, the Battlemage set you can get in the Altus Plateau really fits the aesthetic, and the Haima Glintstone Crown increases intelligence and strength in exchange for slightly less FP.

This is more your classic dex-based dagger build, but with bleed as good as it is in Elden Ring, daggers are extremely strong in the early game. You can get Reduvia almost straight away by the Murkwater Cave dungeon, and it’s a great weapon against a lot of Elden Ring bosses. Misericorde is also very good and has a high crit stat. You can find it in Stormveil Castle’s armory.

The best thing about this build is you can push it any way you want in terms of Ashes of War, favoring bleed, poison, pure dex, or even something like scarlet rot if you decide to use the Scorpion’s Stinger dagger. Either way, the essence is the same—fast attacks that build status to deal damage. If you favor dex, bleed, and poison, there are also lots of great katanas you can switch out for, such as Rivers of Blood and the Serpentbone Blade. You can’t get the Black Knife armour set until later in the game, but there are plenty of other lightweight sets to use before then.

Being able to use bows on horseback has completely changed the game for archers: it makes them a pretty good class for facing down a lot of open-world bosses. There are a variety of bows with different scalings, which somewhat makes up for the fact that most Ashes of War can’t be used with them. The Erdtree Bow for instance, adds a faith scaling, while the Serpent Bow adds one for arcane. You can even deal magic damage with the Horn bow.

The key to this build is dexterity and strength to increase damage, and mind to boost the number of times you can unleash your skill. You might want to graduate onto a greatbow later, such as Radahn’s Lionbow, but these can’t be used on horseback. There are also some fun ranged options in the Jar Cannon and Hand Ballista, though they require a lot of strength to wield.

For your melee option, I recommend a spear or pike so you can maintain distance. In terms or armor, anything light works, but for that hunter-y feel, I went with the Shining Horned Headband and Fur Raiment you get from the Ancestral Warriors in Siofra River.

There are lots of great bleed weapons in Elden Ring, whether you want to go with strength or dexterity. Reduvia, Bloody Helice, and Rivers of Blood are all solid dex weapons, but for strength, there’s also Great Stars, and Ghiza’s Wheel, which can’t help but remind of the Whirligig Saw from Bloodborne.

Most of the bleed incantations aren’t available until later in the game, so your first focus will be on building damage with your weapon. I recommend dex weapons for bleed since they hit a lot faster and build bleed status quicker than a slow strength weapon would. Reduvia is a great early game pick, as are the hookclaws or the Imp’s Forked Tongue dagger, if you’re lucky enough for it to drop. You can even get shields that deal bleed if you want a little more defense, such as the Marred Wooden Shield in Stormveil and the Spiked Palisade Shield in Caelid.

If you want to cast those blood-based incantations later in the game, you’ll also want to build some faith. If you do, I recommend using the Winged Scythe from the Weeping Peninsula, since it’s one of the few faith-scaling bleed weapons in the game. Building faith will also let you throw some other incantations into your build, such as healing or status cure.