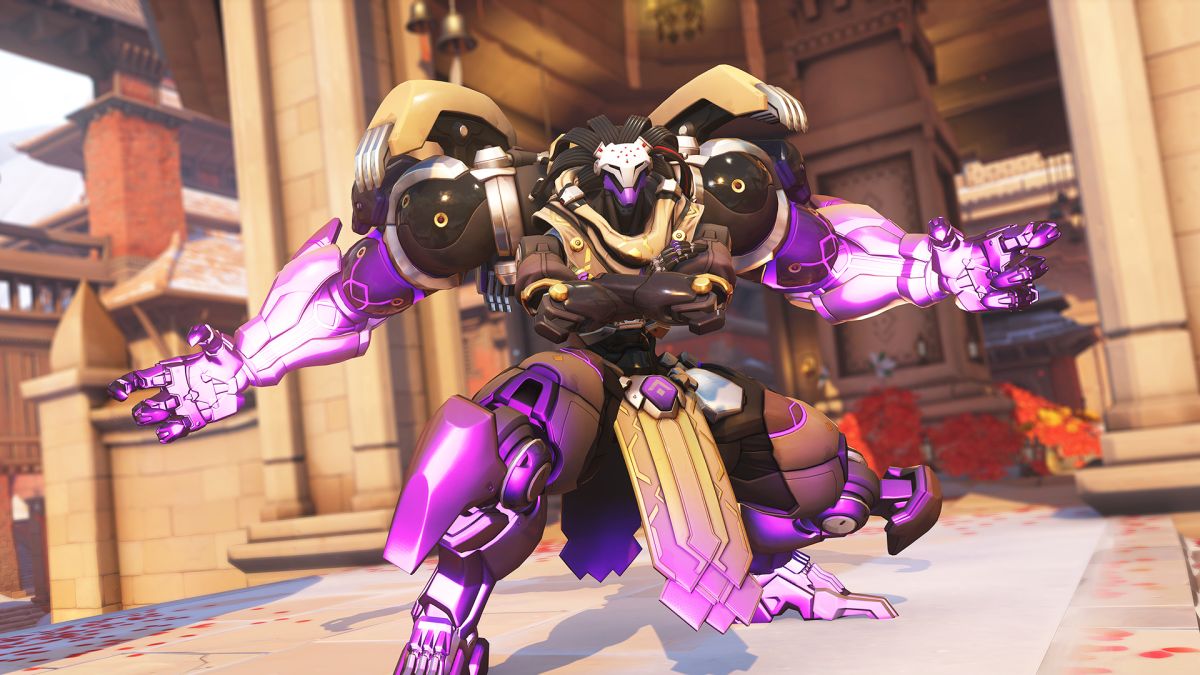 I played a lot of Overwatch 1. Many many hours over three accounts and when you look at my most recent account the majority of the time I’ve played M is in Arcade mode. And as much as I’d like to say to you that I spent time playing everything from Total Mayhem to 1v1s, in actuality, I spent almost all my time in Overwatch playing Quick Play Classic.

If you’re like me and have played Overwatch since its original launch in 2016, then you’ll remember the various stages the game underwent before it became the 5v5 multiplayer it is today. At first Quick Play allowed you to play anyone, anyone at all, including duplicates. It was chaos, so then it became limited to one of each hero. This frustrated some players still as you could get a group of six DPS mains without anyone willing to change to a healer position. So more chaos ensued.

Eventually Blizzard put its foot down and decided on a final variation. All damage dealers are now the same class, rather than attack and defence and each team must have two supports, two tanks, and two DPS. This became Overwatch’s final format and the format for Competitive. This was the real way to play. But I, as a chaos lover, preferred the Quick Play that let anyone pick whatever hero they wanted (without duplicates). This became known as Quick Play Classic and it’s what I spent all my time in for the next few years of Overwatch.

I had no interest in winning, I just wanted my time with the game to be fun. I wanted to fly through the sky, free as a bird as Widowmaker and click heads. And because it was Arcade, no one cared. No one really minded if we won or lost. Actually I can recall some players being told to stop being so sweaty when they took to chat to complain about their team comp or players. If you wanted to play real Overwatch, QPC was absolutely not the place to do it. So existed this little bubble of Overwatch where everyone was pretty chill about whatever happened.

Fast forward a few years and here we have Overwatch 2. Quick Play Classic is retained but renamed and moved. Its continued popularity as an Arcade mode meant that it became a Competitive mode in itself and now it’s called Open Queue. It’s no longer Arcade but a main event once again.

The big gameplay change of Overwatch 2 was reducing the number of tanks you could have on a team from two to one. This change also buffed tanks hugely, taking them from what was practically bigger DPS with a little less damage, to goliaths. Being one on one with a tank in Overwatch 2 is a far more intimidating prospect than it ever was in Overwatch 1, and that was sort of the point. If ever you come to face a tank one on one as a DPS, of the same skill level, you’re in big trouble. This change, although sensible for ‘real’ Overwatch, sort of destroyed some of the fun version of Overwatch for me.

The purpose behind changing from two tanks to one was to make players operate better as a team. To give them one ultra powerful tank to rally around and for that tank to lead the change into battle supported by their squishier friends. But in QPC or Open Queue, where there were no rules, there’s no reason to only play just one tank, it’s mayhem in a different way. Two, even three tanks on a team is possible. And that means people are now playing to win.

I played two games in the middle of this article to remind myself how it felt and though I still got the play of the game in both with two easy wins, the sweatiness of players felt enhanced. Players started out as the heroes they wanted to play, and ended up as the biggest heroes they knew how to play. From Soldier 76 to D.Va. From Moira to Sigma. A conscious, ugh behind the frustration of losing and changing to a tank to try and outlast anything else because of the tank’s newfound power. They still lost but it felt more like exasperation at the end with what the enemy team was doing than having fun.

It’s probably a great time for many tank players who just want to mess around and step on people, but the buff to the class has changed the dynamic greatly. Where Quick Play Classic was hidden away like a little gem for those that knew it was there, because it wasn’t a main version of the game, Open Queue is more serious. All I wanted to do was click heads you know? It’s not that deep. Just take a breath and have fun getting to know the heroes you want to play!

I’ve stopped playing Open Queue. In Overwatch 1 I never played role queue and yet in Overwatch 2, it’s all I can play. One tank is enough for any team, even if the whole thing is a little more rigid and brittle. I’ll just miss the way Quick Play Classic once was: rest in peace.

Xbox Developer Showcase spotlights 1st half of Xbox’s 2023
Tim Allen Flashes ‘Home Improvement’ Costar in Resurfaced Blooper Clip
‘The Last Of Us’ Recap: Joel, Tess And Ellie Fight For Their Lives In Neil Druckmann’s Fright At The Museum
Xbox & Bethesda Developer_Direct Showcases Games Coming to Xbox, PC and Game Pass
‘The Last of Us’ Renewed For Season 2 At HBO