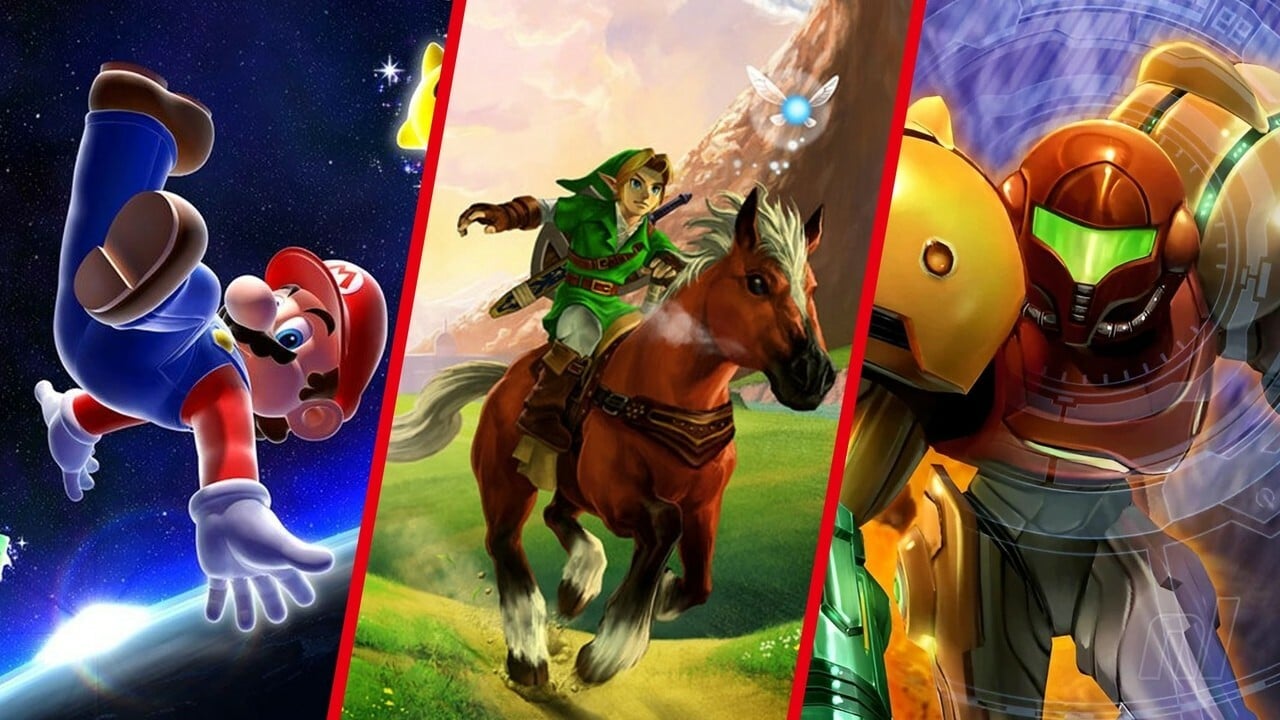 We did it everyone! 2022 is finally behind us and 2023 stretches happily into the great beyond. This is to be a year full of promise, a year of hope, a year of enough Nintendo releases (with any luck) to squeeze out an almost literal cry from our bank accounts.

But for the moment we’re not thinking about the future, we’re looking to the past. Ah, the good old days. The days of yore. Back when life was easy and games were easier (because we were better at them, not because they were actually easier, you understand). Back when we were first playing the touchstone titles which would go on to inform our every comparison today.

Of course, we still come back to these games (some more frequently than others) with the opening stages now forever etched into our minds. There is an odd sense of comfort to it. We know that game development has moved on and our backlog grows ever larger by the day, but we slip back into our old favourites like they are a pair of comfy slippers. We breathe a sigh of relief because as much as we love discovering new treasures, there is something cozy about knowing where you are.

For this writer (hello!) it has always been Ocarina of Time. Year after year, the first three dungeons are played at least once just to check that the game still lives up to memory (it does), and this is despite the fact that very little thought is now required to go into it. Inside the Great Deku Tree? I’ll do it in my sleep, mate.

In fact, it’s that absence of thought that makes this all the better. Most of us will have played Elden Ring this year, or Xenoblade Chronicles 3, or any other of the big ol’ games which make big ol’ demands of our big ol’ brains. Working something out, memorising attack patterns, or finding a new location in these titles can be a feeling of complete euphoria, it is true, but the work that it takes to get there can regularly be draining if you’re not in the right frame of mind.

No such drain can be said for the games that we have come to know like the backs of our hands. Yes, the challenge may have depleted as we have gotten older and more attuned to the beats of classic video games (wait, you mean I need to jump on the boss’ head three times?! Who knew?!) but that doesn’t reduce the feeling of joy that can still be brought from riding across Hyrule, entering Gruntilda’s Lair or choosing your starter for the 300th time.

And we’re not just talking about nostalgic classics here, either. There are many games that you might have played for the first time this year, safe in the knowledge that you will be returning to them on a yearly basis from now on, comfortable with the thought of starting again. Whether it’s discovering the deepest secrets in Tunic for the first time, taking a wholly different approach to Triangle Strategy or maybe having another run at Kirby and the Forgotten Land without being quite so obsessed by a self-imposed collectathon (not speaking from personal experience, of course) there is a certain something that clicks and you think “next time, I’m doing this differently.”

We’d wager that nobody managed to make it through Elden Ring without at some point thinking, “it’s official, I’m bad at video games,” but does such a feeling exist when booting up Super Mario Galaxy once again? Heck no! You bring your deeply-engrained endgame moves to early-level design and you feel like the king of the hill. Yeah, you might have fallen 100+ times on a modern-day “new level,” but can anyone really throw a Pikmin or shoot an Arm Cannon like you can in a beloved classic?

Our point is this: gaming can be a stressful affair and that makes the joys of familiarity all the better. It’s lost all its challenge? Who cares? You can feel like a pro every time. It doesn’t play as well as you remember? Welcome to the world of nostalgia! The backlog is already too big without playing the same game again? Join the club! Playing a title for the Nth time is a joy all of its own and we can’t wait to return to them all over again this year.

So, what are the games that you find yourself replaying every year? Are Ocarina notes etched into your brain? Do your fingers twitch with Star Fox anticipation? Can you clear World 1-1 in your sleep?

Fill out the following poll with your most replayed games and then take to the comments to let us know what it is about them that brings you back year after year!

Behind the Cartoon Sci-fi Artwork of Roguelike Shoulders of Giants – Out Now
Minecraft Legends coming to Switch on April 18th
George Santos Flattered by Dicaprio ‘Catch Me If You Can’ Comparison, Misses Point
Miestone’s Heavyweight Super Heroes Clash in Icon vs. Hardware!
Love is in the air in trailer for HARLEY QUIN: A VERY PROBLEMATIC VALENTINE’S DAY SPECIAL