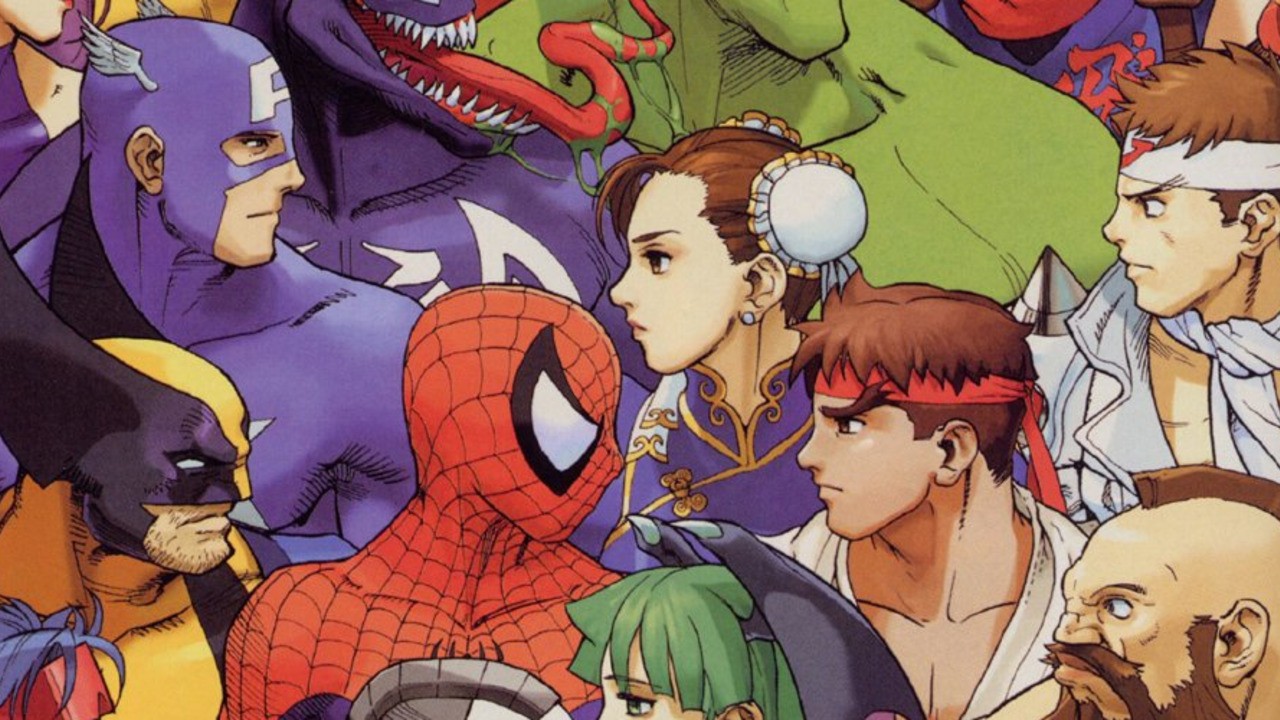 Soapbox features enable our individual writers and contributors to voice their opinions on hot topics and random stuff they’ve been chewing over. Today, Scott saves Capcom a lot of money and bother with a crossover suggestion everyone can get behind…

Sure, Super Smash Bros. Ultimate may be the ‘most ambitious crossover of all time’, but as impressive as Smash is, that alone isn’t enough to cement Nintendo as the king of gaming crossovers.

That honour can only go to Capcom. Looking at Smash, you’ve got Mega Man, Ryu, and Ken’s playable appearance in Ultimate, not to mention Rathalos’ boss fight, spirits, assist trophies, and even a whole section of World Of Light dedicated to Street Fighter II. Capcom was extremely generous to Smash, which makes sense when you look at its history of crossover appearances, from RPGs like Project X Zone, cameos from Mario and Sonic in Monster Hunter 4 and Rise respectively, a litany of Fortnite skins, and even Ryu’s appearance in an officially licensed Family Guy flash game (yes, really.)

However, when the words ‘crossover’ and ‘Capcom’ are uttered together, no doubt your mind goes to the Capcom Vs. series of fighting games. While the excellent Marvel Vs. Capcom games have never graced Nintendo platforms, we were lucky enough to get arguably the best Capcom Vs. game — Capcom vs. SNK 2 EO — back on the Gamecube and the woefully underappreciated Tatsunoko vs. Capcom on the Wii. Capcom’s Vs. series remains one of the most iconic collections of fighting games, still played to this day in tournaments.

there’s really only one company that Capcom needs to crossover with to make the perfect Vs. game: Capcom

With such a popular series being effectively dormant for the last five years (or ten if we only count ‘popular’ entries), the question on everyone’s minds is: What’s next? With Marvel vs. Capcom Infinite’s quality issues allegedly being due to Disney’s meddling, many are unsure if we will ever see the ‘clash of the super heroes’ ever again. And while SNK’s Yauyuki Oda has recently stated he would be interested in a new SNK Vs Capcom instalment, it’s hard to see that happening in the near future considering both are hard at work on new entries for Fatal Fury/Garou and Street Fighter, respectively. However, there’s really only one company that Capcom needs to crossover with to make the perfect Vs. game, and that’s Capcom.

When it comes to video game companies with iconic characters, Nintendo arguably holds the top spot; however, possibly the only firm that could hold its own in that IP fight is Capcom. I’m thinking of Mega Man, Devil May Cry’s Dante, Leon, Jill, and Chris from Resident Evil, Phoenix Wright, and every character from Street Fighter II, just to name a few. Capcom has created some of the greatest characters of all time over the last four decades, the sort of roster that seems ripe for a fighting game entry. While the likes of PlayStation and Nickelodeon have tried their hand with crossovers, few developers or publishers have the fighting game pedigree that Capcom has.

Now, those of you unfortunate enough to have played 2004’s Capcom Fighting Evolution may be thinking to yourself hey, that’s been done already, and it sucked, and you wouldn’t be wrong. Where that game failed was in trying to collate six different fighting styles into a single coherent experience. Ideally, a potential ‘Capcom Vs. Capcom’ would carry on the legacy of Marvel or CvS’ styles by taking one of theirs.

So how would it work? While I personally long for the days of Capcom Vs. SNK’s 3v3 system consisting of straight one-on-one battles without assists — as opposed to the hyper Marvel style — there are arguments for both. Capcom characters in King of Fighters‘ 3v3 style hasn’t happened since Capcom Vs. SNK 2 back in 2001, while MVC fans have games like Dragon Ball FighterZ to satisfy their assist-filled, high-intensity 3v3 action needs. Plus, there’s always the fact that it’s incredibly easy for newcomers to become overwhelmed by the over-the-top combat of MVC.

That being said, it’s hard to imagine characters whose fighting styles are as wild as Devil May Cry’s Dante or a Monster Hunter fitting into a grounded fighter. While it may be an overwhelming series for many, it’s hard to think of any fighting game series more consistently fun to watch at tournaments like Evo than Marvel Vs Capcom. Its presence in the fighting game community has been sorely missed and a new release, not bound to any overbearing parent companies would be a sweet replacement.

Capcom Vs Capcom is a pretty silly name, I admit, but it does get the point across. The company could reuse the name of the cancelled Capcom Fighting All-Stars or — depending on the roster — Street Fighter Vs Capcom. With no external companies (and the IP politics they bring with them) to deal with, it would allow the inclusion of those Capcom reps who missed previous entries, to make a full lineup and not be limited to half a roster. Characters like Leon Kennedy, Nero, Proto Man who missed out to other reps from their series, or even more obscure characters like Asura or Gene from God Hand finally getting their chance in the sun.

If you couldn’t tell, I love Capcom and its characters. For a publisher with such a storied history of crossover fighting game classics, it feels like a huge disservice to leave them dormant because outside forces don’t want to play ball. If there was ever a company that could pull it off (outside the potent crossover of Nintendo with Masahiro Sakurai, obviously) I feel it would be the house of Mega Man.

Besides, it’s probably the only way we will ever see any God Hand representation ever again; that’s always a plus.