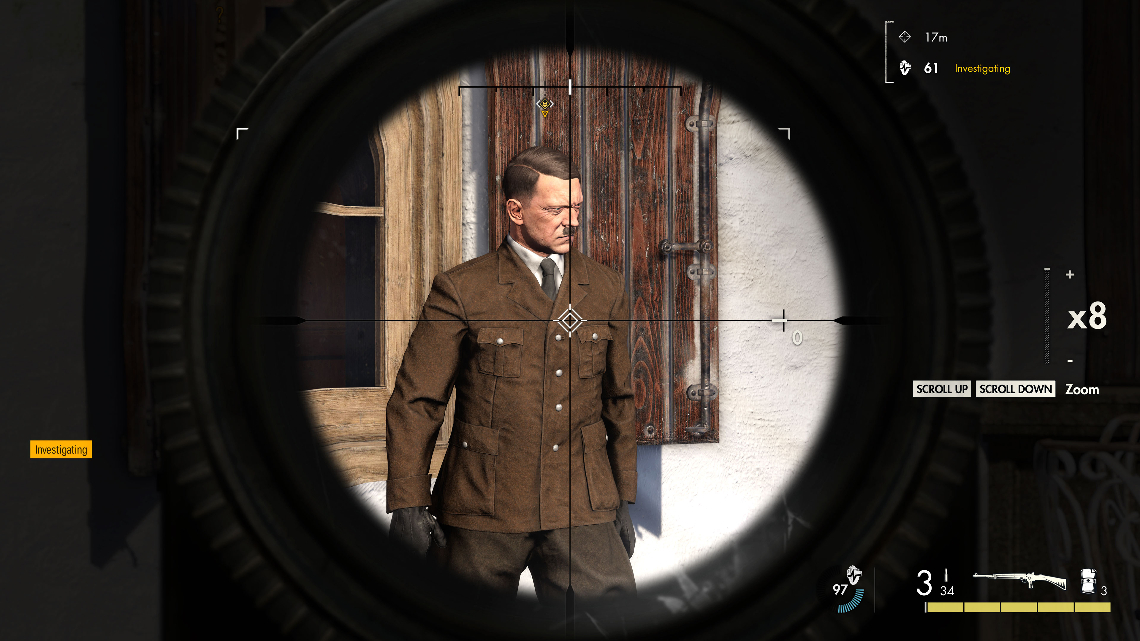 For many – us included – there’s a certain amount of hype surrounding any Rebellion game. On the back of a Sniper Elite series and the spin-off of Zombie Army, there’s good reason for that interest too. Today though it’s all about Rebellion’s next latest and greatest, as Sniper Elite 5 gets a confirmed release date and pre-order bonus details.

Coming to Xbox One, Xbox Series X|S, Xbox Game Pass, PS4, PS5 and PC through Windows, Steam and Epic, Sniper Elite 5 will see Rebellion build on the games prior to it, in order to deliver a masterclass in sniping action. The release date is set for May 26th 2022.

To celebrate the release date confirmation, a new Sniper Elite 5 trailer is now available to watch. You’ll see it below all these words.

The new trailer gives details of the storyline and the main characters that will feature in Sniper Elite 5 as elite marksman Karl Fairburne uncovers a Nazi plot to turn the tide of the Second World War, codenamed Operation Kraken. Karl has to use all of the skills at his disposal to gather intelligence about the plans and make sure they never come to fruition. This will pit him against the scheme’s mastermind, Abelard Möller, an Axis Obergruppenführer, who must be stopped at any cost.

Give it a watch and there’s a chance you’re going to be tempted into pre-ordering Sniper Elite 5. If you do, you will also receive the latest mission of the much heralded ‘Target Führer’ campaign entitled “Wolf Moutain”. It’s here where players will get to infiltrate the Berghof, Hitler’s private mountain retreat in the Bavarian Alps, which is crawling with heavily armed personal guard, and a slew of collectables for eagle-eyed snipers. They are tasked with taking down the Führer in the most imaginative way possible.

Additionally those who pre-order will receive the P.1938 Suppressed Pistol. Based on a Special Forces experimental prototype, this powerful handgun is a must have for covert operations.

You’ll be able to get access to Sniper Elite 5 through the Standard Edition, or, as is now fast becoming the norm, the Deluxe Edition. Rebellion has also revealed the details of the Sniper Elite 5 Deluxe Edition, which will not only include the pre-order content but also the Season Pass. This will give players access to a post-release two-part campaign on extensive maps where they can arm themselves with an expanded armoury of authentic World War II weapons and customise their sniper with new character packs and weapon skins.

We’ll be sure to let you know when Sniper Elite 5 arrives on that May 26th launch date. It’ll be playable on Xbox One, Xbox Series X|S, PS4, PS5 and PC, along with being thrown in to Game Pass. The game features an extensive Campaign, which can be played through two-player online co-op, with locations painstakingly recreated using photogrammetry to ensure a deeply immersive experience. Online, the new Invasion Mode allows players to drop into each other’s Campaign and take the role of an Axis Sniper with high rewards on offer. This brings a whole new dimension to the game’s intense drama and extra diversity to the enemies you will face on the battlefield. Additionally 16 players can face off in adversarial multiplayer in a variety of game modes.

Give that trailer a watch and let us know if you’ll be lacing up Karl’s boots once more come May.