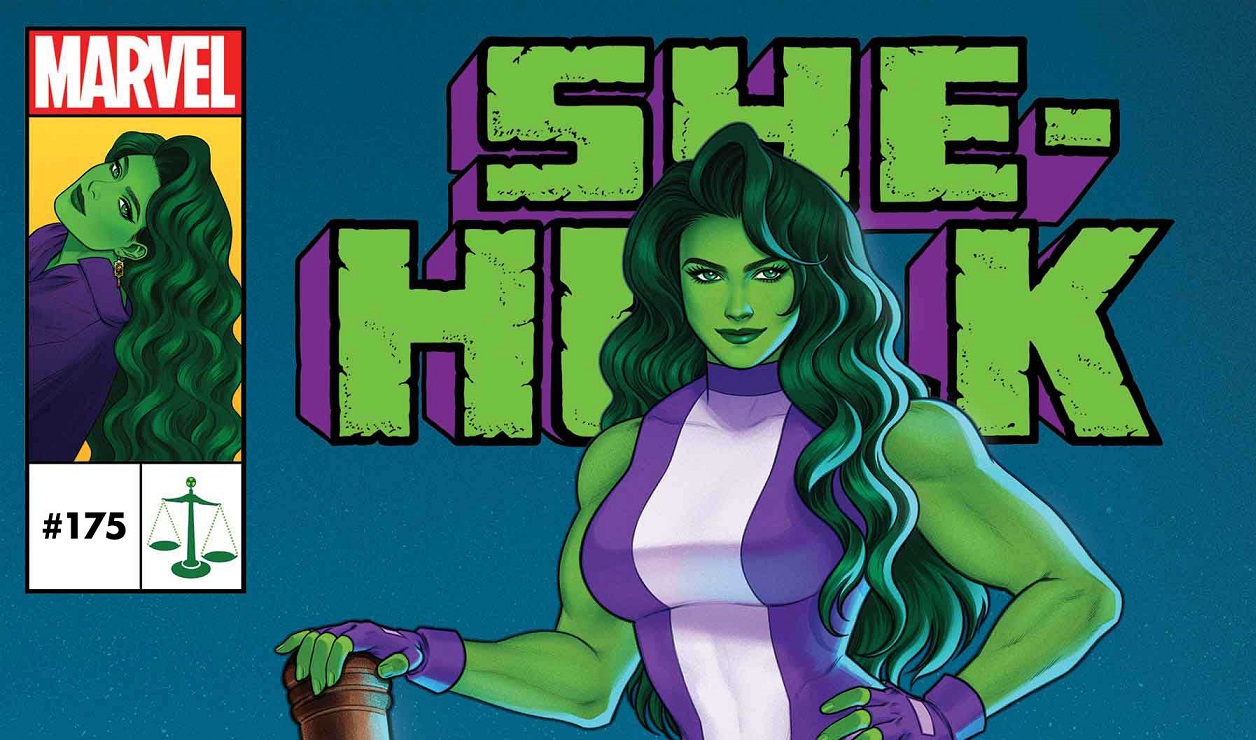 Last year a new She-Hulk series from writer Rainbow Rowell was launched ahead of the Disney+ original series. The upcoming She-Hulk #12 in April also happens to be 175th solo issue for the character’s series, and to celebrate the milestone Marvel has announced that Rowell is teaming up with artist Andrés Genolet for a double-sized She-Hulk #175 that will introduce a brand new villain known as the Scoundrel.

The milestone issue will feature a cover by Jen Bartel. Here’s how Marvel describes the issue:

In the pages of her latest solo series, Jennifer Walters has reopened her law practice, took on some of her most intense cases yet, defeated a duo of new villains, and even found time for a new romance! But this April in SHE-HULK #12, She-Hulk’s promising new super hero journey will be threatened by a dangerous new archnemesis known as THE SCOUNDREL! Just in time for her 175th solo issue, She-Hulk will meet her match in a wild showdown that will have all her fans talking!

The double-sized issue will reunite Rowell with artist Andrés Genolet, who she previously created comic book magic with in the latest run of Runaways. The landmark issue will also feature a host of all-star talent coming on board to celebrate the icon in a series of bonus stories!

Rowell teased what to expect from Shulkie’s new foe:

“Every issue that I get to write She-Hulk is a delight — but I’m especially honored to escort her to her 175th issue. One of things we’ve focused on is building up Jen’s narrative support structure… Giving her friends, colleagues, a love interest and her very own antagonists. The Scoundrel is an adversary tailor-made for Jennifer Walters. A lot of things come easily for Jen. Nothing about the Scoundrel is easy.”

Look for She-Hulk #12 to arrive in stores and digitally on Wednesday, April 19th.

T.J. Holmes and Amy Robach Out at ABC, One Source Calls Exit ‘Witch Hunt’
Eight new songs arrive in Taiko no Tatsujin: The Drum Master!
Rui Hachimura’s Lakers Debut Crashes Streaming Service In Japan
Kristen Stewart Already Has Another Directing Job Lined Up Ahead Of Her Directorial Debut
Love is in the air in trailer for HARLEY QUIN: A VERY PROBLEMATIC VALENTINE’S DAY SPECIAL