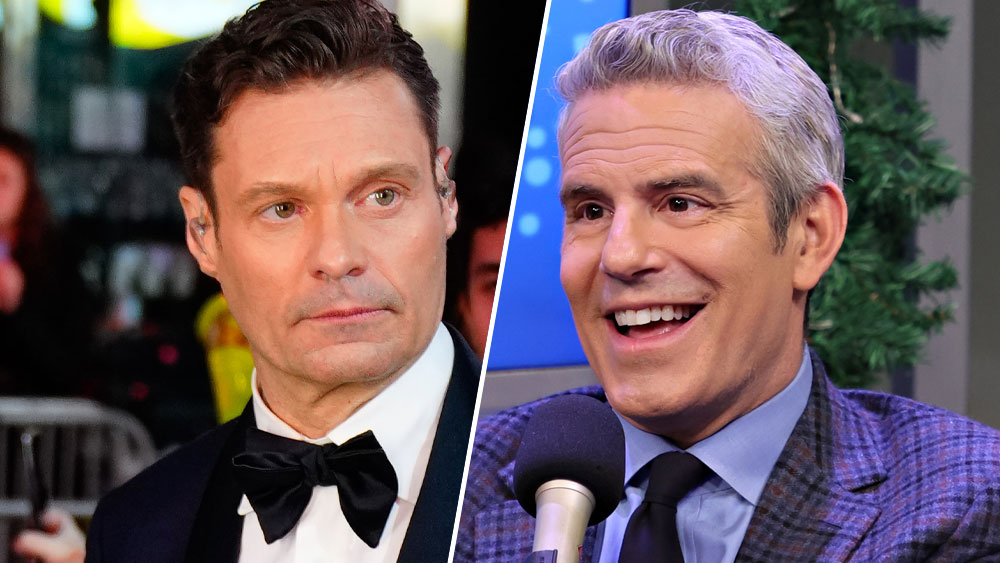 Ryan Seacrest and Andy Cohen welcomed 2023 hosting their respective New year’s Eve specials from Times Square in New York City. The two were close to each other on Saturday night and Seacrest revealed that The Real Housewives producer snubbed him.

On Live! with Kelly and Ryan, the American Idol host said that he tried to say hi to Cohen but he never acknowledged him.

“My big stage was right in front of Anderson [Cooper] and Andy and so when I was not working, I was trying to get their attention,” Seacrest said during his morning show. “I thought maybe I was in the shot. I just wanted to wave and say hi. You know, they have a great show.”

Seacrest said that Cooper “turned around” and waved at him mouthing, “How are you?” and “Have a good show.”

“Andy did not turn around,” Seacrest added.

Kelly Ripa, who is a close friend of Cohen, interrupted and said, “That’s not true. He said he was trying to get your attention.”

The Kardashian’s producer said that all the hosts are “within 10 feet of each other doing the show.”

Cohen and Seacrest have been trading jabs at each other over the years. Seacrest recently said it was a “good idea” to have the CNN hosts not drink during their live broadcast, something Cohen was not happy about. The previous year, Cohen called the performers on Seacrest’s show “losers.”

Ripa is friends with all three hosts and was also in a pickle over who to watch on New Year’s Eve. However, the daytime talk show host said that she has two television sets side-by-side.