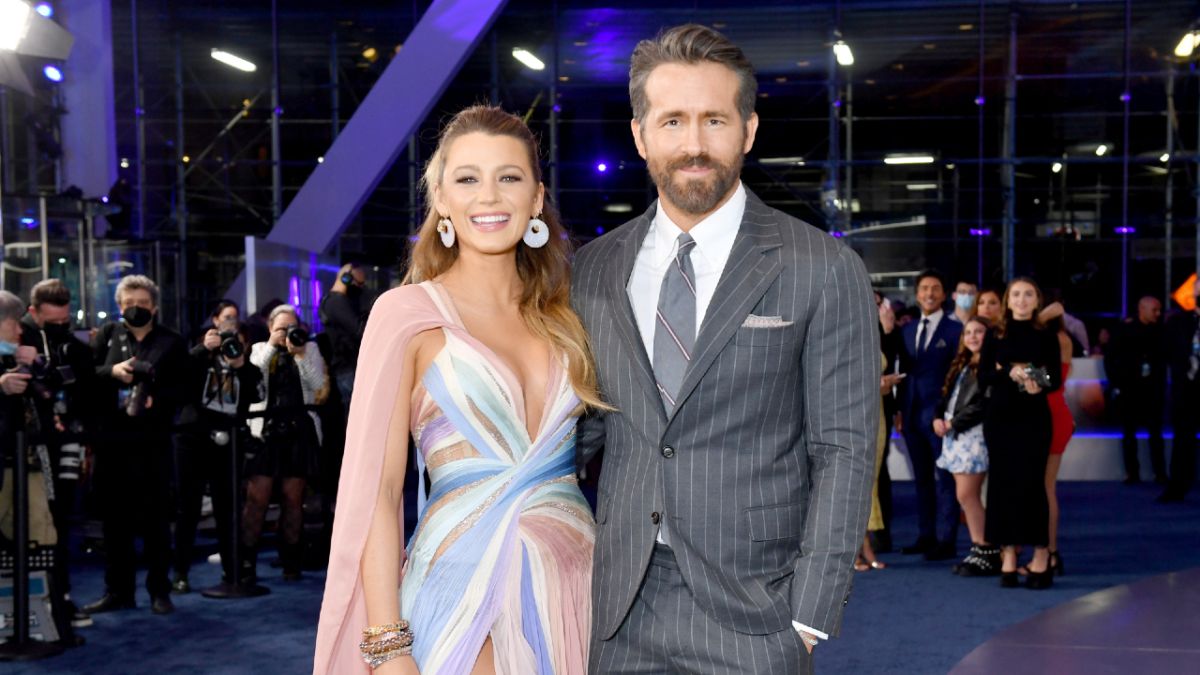 The only relationship that challenges the goofiness that is the faux feud between Ryan Reynolds and Hugh Jackman, is the history of the Deadpool star and his wife Blake Lively trolling and poking fun at each other on Instagram. And the two were back at it again after Reynolds posted a video of a man getting a tattoo of the actor’s face on his Instagram.

Following Reynolds the tattoo that read “No Ragrets” above his head, and “switching to Mint Mobile” below it, obviously Blake Lively had to get in on the fun. While her husband posted about a devoted fan getting a real tattoo, she made her commitment clear, claiming the person in the video is her, even though she’s pregnant with their fourth child.

Obviously, Reynolds had to one-up his significant other after being lowkey trolled by her, and he posted that he also got his face tattooed on his thigh.

Reynolds has been on his A-game with the Mint Mobile marketing (and all his marketing in general), and closed out the year with a doozy of an ad. You can see the post that started this humorous competition here:

This is by no means the first or the last time Lively and Reynolds have/will poke fun at each other and promote their various companies.

Over Valentine’s Day this year, they proved they are couple goals, by completely friend-zoning each other on Instagram. The Gossip Girl star and her hubby also trolled each other a year ago on February 14 by posting things like “My forever valentine for the foreseeable future” (Lively’s caption) and “that time I f*d my hairdresser” (Reynolds caption).

As this tattoo post proves, the trolling is not exclusive to Valentine’s Day. They also make fun of each other on birthdays, for movie releases, and on random days. For example, the Gossip Girl star trolled her beau when he decided to take a sabbatical, and she did it again after she wasn’t invited to the set of Deadpool 2 while Brad Pitt was there. However, it’s clear that they love each other very much, and their shared sense of humor makes them the perfect couple.

While Reynolds doesn’t have any movies on the 2023 movie schedule at the moment, come 2024 we’ll get to see him and Hugh Jackman in the highly anticipated Deadpool 3. He was extremely busy in 2022, and you can watch his movies like The Adam Project and Spirited while waiting for 2024 to come around. As for Lively, she has three projects in the works that she’ll star in.

So, there’s a lot to be excited about from the power couple over the next few years, and while we wait I’m sure there will be more social media tomfoolery to look forward to from Reynolds and Lively.

Elden Ring Reforged mod’s latest update might just be what you need to play the masterpiece again
Chair the Wonderland AGM in Wonderland Nights: White Rabbit’s Diary
Rian Johnson Wants To Make A Key Change To The Knives Out Franchise After Glass Onion
Superman & Lois: Michael Cudlitz to Play Lex Luthor for Season 3
‘The Last of Us’ Renewed For Season 2 At HBO