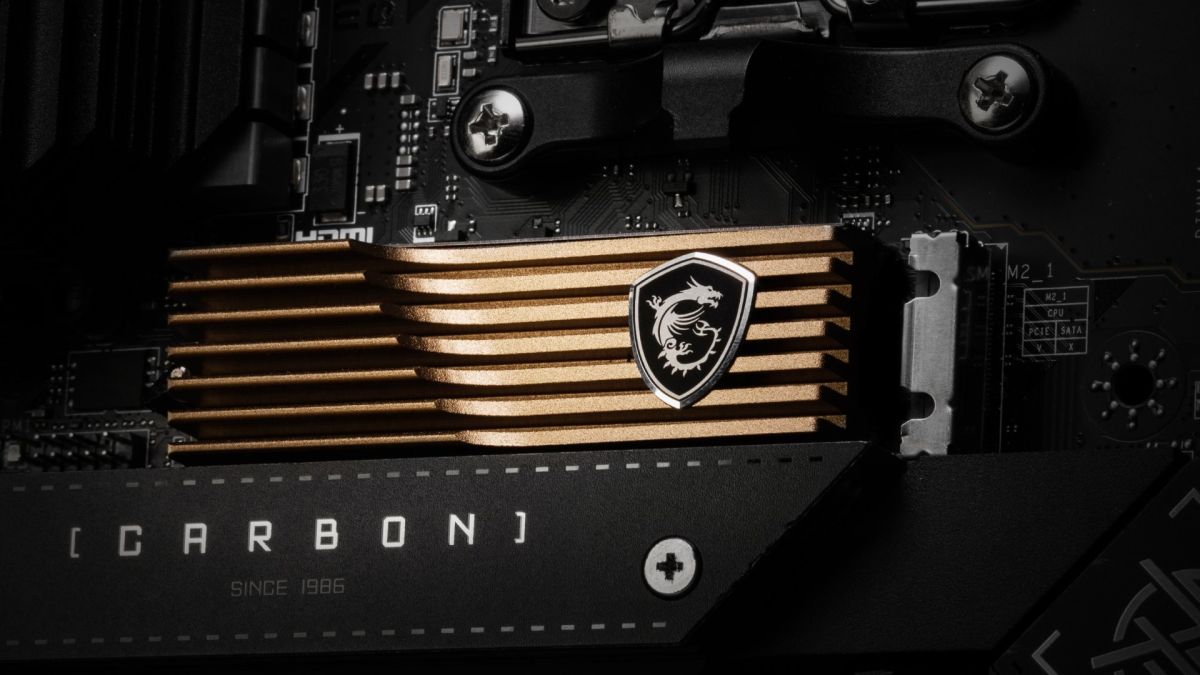 Not a moment too soon, we’re finally getting details of retail SSDs supporting the latest PCIe Gen 5 interface at CES 2023. We’ve already seen Phison showing off its latest E26 PCIe 5.0 controller chip (opens in new tab) in an engineering demo drive. But now we’re getting the actual retail drives themselves.

To briefly recap, PCIe Gen 5 doubles peak bandwidth over Gen 4. On paper, that means maximum throughput of 16GB/s versus 8GB/s. In practice, the maximum attainable actual bandwidth will be less due to various protocol overheads.

The best Gen 4 drives can do around 7.3GB/s. So something in the region of 14.5GB/s to 15GB/s should be feasible eventually for Gen 5 drives. But probably not quite for the first Gen 5 SSDs. Those will be a bit slower, albeit still ridiculously quick.

Take the XPG PCIe Gen5 SSD. Adata says it will be good for 14GB/s reads and 12GB/s writes. Intriguingly, it doesn’t use the much-vaunted Phison E26 controller chip, but Silicon Motion’s SM2508, which will likely be the other big player when it comes to off-the-shelf controller chips for Gen 5 drives.

Notably, the Silicon Motion SM2508 is claimed to be good for both two million read and write IOPS. That’s a bit better than the Phison E26, which is rated at 1.5M for reads and then the same 2M for writes.

While an SSD that can hit 14GB/s peak throughput sounds pretty sweet, it’s arguably 4K random access determined by that IOPS performance that most dictates how snappy a drive will make your PC feel.

IOPS performance is also where the least gains have been made in recent years with NAND-based SSDs. Which is basically all SSDs bar Intel’s now defunct Optane drives, which notably offered far superior IOPS performance.

All that said, we do wonder what flash memory chips the Adata drive is using to achieve those huge peak throughput numbers of 14B/s and 12GB/s given the word on the street is that the available of sufficiently quick NAND is slowing the launch schedule for Gen 5 drives in general.

On that note, along with the Adata drive, MSI is showing off its Spatium M570 and M570 Pro drives. Both drives sport the Phison E26 controller. The non-Pro hits 10GB/s for both reads and writes while the Pro variant increases reads to 12GB/s.

That 12GB figure is courtesy of Micron’s latest 232-layer NAND flash. So, exactly how Adata is hitting 14GB/s is unclear. Then again, Adata isn’t talking about availability dates for its drive as yet, so the comparison is somewhat academic.

MSI hasn’t quoted IOPS performance for its new drives, but some early benchmarks conducted by our sister site Tom’s Hardware (opens in new tab) at the show were not terribly impressive, with the Pro drive knocking out just 76MB/s for 4K QD1 reads and 252MB/s writes—figures that are not even as good as the best Gen 4 drives.

Anyway, PCIe Gen 5 tech will no doubt develop rapidly once the first drives go on sale. That seems to be edging closer, even if we’ve yet to get an actual on sale date or price for any of these drives. Here’s hoping.

Police Release Photos Of Suspected Monterey Park Mass Shooter; Tactical Teams Surround Van In Torrance – Update
North West To Make Movie Debut In ‘PAW Patrol’ Sequel With Kim Kardashian
Amy Adams Goes Skiing with Husband and Daughter in Southern California
The Last of Us Episode 3 Trailer: The Long Road to Bill and Frank
Xbox’s Hi-Fi Rush has that Dreamcast era vibe, and it could be one of the best games of the year