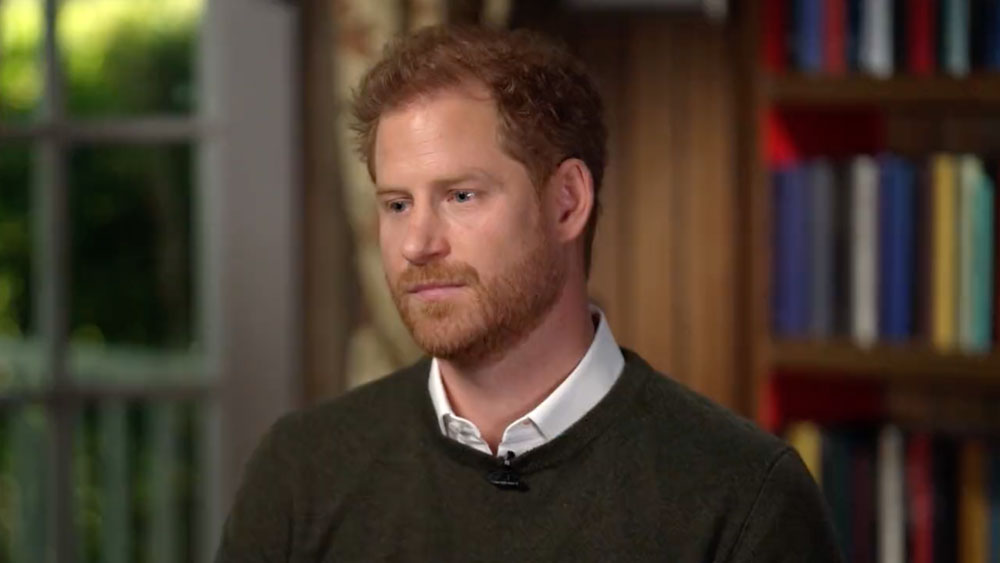 UPDATED, 10:25 AM: Prince Harry is speaking about why he and and his wife Meghan, the Duchess of Sussex, decided to air their grievances publicly after stepping back from the royal family.

In a new clip released Monday for his upcoming interview with Anderson Cooper on CBS’ 60 Minutes, Harry tells Cooper he tried to address the situation privately.

“And every single time I tried to do it privately there have been briefings and leakings and planting of stories against me and my wife,” he said. “You know, the family motto is ‘Never complain, never explain.’ It’s just a motto.”

The interview on 60 Minutes comes after the release of the Netflix docuseries Harry & Meghan, in which Prince Harry and wife Meghan Markle made several revelations and blamed the Daily Mail for Markle’s miscarriage, among other things.

You can watch the clip above and read details of the upcoming interview below.

PREVIOUS, January 31: Prince Harry is sitting down with Anderson Cooper for an interview on 60 Minutes. The royal’s appearance on the CBS program is scheduled to air on Sunday, January 8.

Harry’s interview will be his first U.S. television appearance to discuss his memoir “Spare.”

Watch the preview below.

The interview on 60 Minutes comes after Prince Harry’s Netflix documentary with his wife Meghan Markle, Harry & Meghan. The show’s logline said, “The Duke and Duchess of Sussex share the other side of their high-profile love story.” Harry & Meghan also explored “the clandestine days of their early courtship and the challenges that led to them feeling forced to step back from their full-time roles in the institution.”

Throughout the six-episode documentary series, the couple made several revelations and blamed the Daily Mail for Markle’s miscarriage. The publication brought to light a private letter Markle had written to her father and all the media attention it received caused a lot of stress to the former Suits star, who was pregnant at the time.

“I believe my wife suffered a miscarriage because of what The Mail did. I watched the whole thing,” Prince Harry said.

He added: “Now, do we absolutely know that the miscarriage was caused by that? Of course, we don’t. But bearing in mind the stress that caused, the lack of sleep, and the timing of the pregnancy, how many weeks in she was. I can say from what I saw that miscarriage was created by what they were trying to do to her.”