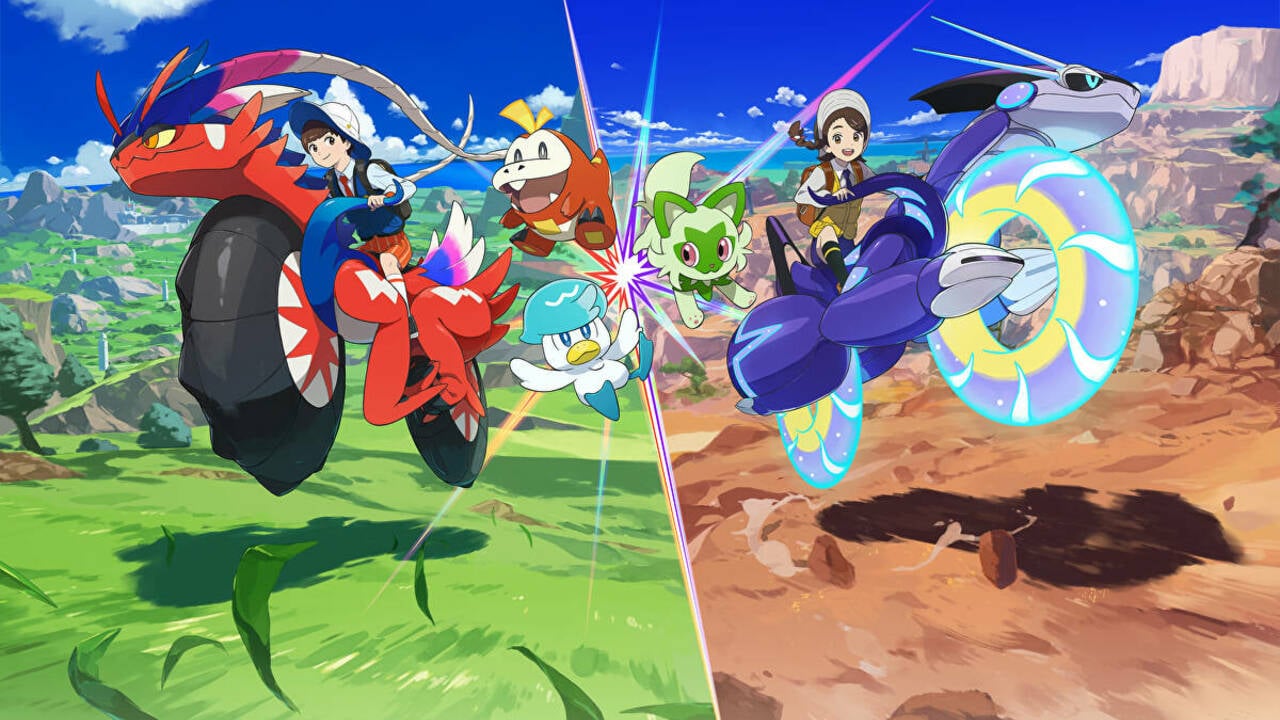 Original article [Thu 1st Dec, 2022 03:15 GMT]: Pokémon Scarlet and Violet have been available on the Nintendo Switch for a few weeks now and since release, there’s been a lot of concerns raised about the game’s tech issues. Although the ninth generation is a step in the right direction for the series with its new open-world gameplay, the performance issues and bugs have made it quite difficult for some trainers to enjoy.

Now, in an update, Nintendo has announced a new patch for Scarlet and Violet will be released on 1st December (aka later today). In addition to full patch notes via the official support page, it’s also apologised for the game’s issues and mentioned how it’s taking player feedback on board and aims to provide trainers around the globe with a “positive experience”.

“We are aware that players may encounter issues that affect the games’ performance. Our goal is always to give players a positive experience with our games, and we apologize for the inconvenience. We take the feedback from players seriously and are working on improvements to the games.”

A software update for #PokemonScarletViolet (Ver. 1.1.0) will be released on 12/1. Please visit our website for more information: https://t.co/4kh6Dtui4c

We take the feedback from players seriously, and will continue to work on improvements to the games.

As for the update (Version 1.1.0), players can look forward to Season 1 of the game’s ranked battles, a music fix and “other select bug fixes” which are not detailed:

– Season 1 of Ranked Battles will kick off, allowing you to enjoy Ranked Battles through the Battle Stadium.
– Please check the in-game notice for more details about Ranked Battles Season 1.
– An issue has been fixed that caused the music to not play correctly during the battles with the Elite Four and the Top Champion in the Victory Road path.
– Other select bug fixes have been made.

In our own Pokémon Scarlet and Violet review here on Nintendo Life, we mentioned how excited we were about the series’ future, but couldn’t overlook the wildly inconsistent performance issues and visuals. Since then, the bugs and tech issues have been well-documented. You can catch up on this in some of our previous stories:

Tech issues aside, the ninth generation of pocket monsters has broken a number of records worldwide – going on to become the highest-selling title across any Nintendo platform within the first three days by surpassing 10 million sales. The new entries have also been crowned the “biggest” launch ever for a video game in Japan.

What are your thoughts about this next update? Glad to see Nintendo has acknowledged the player feedback? Comment below.

Zelda A Link to the Past – Did You Know Gaming? Feat. Arlo
Marvel’s third annual Krakoa X-Men Vote feat. Dazzler & Jubilee
DragonBall returns to Fortnite with Gohan and Piccolo
The Rookie Round Table: Was Nolan Wrong to Ditch His Mom?
‘Jackpot’: Nicholas Stoller Limited Series About Gambler-Turned-FBI Source RJ Cipriani In Works At Sony TV