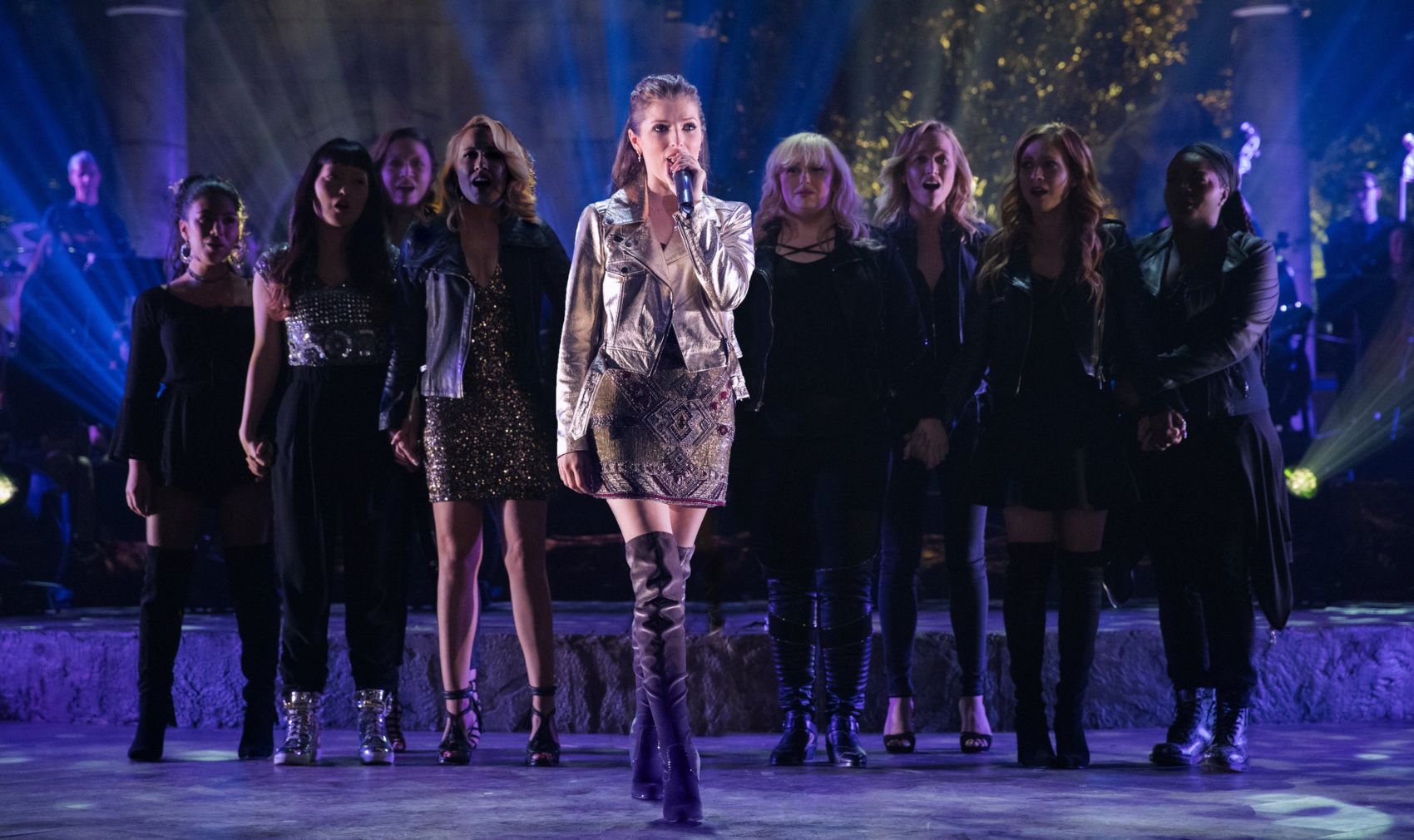 Fans are about to be surrounded by the world of competitive a capella singing once again via the Peacock streaming service. The Pitch Perfect franchise is back, and this time, it’s in the form of a television series. The first Pitch Perfect movie was released in 2012, and it revolved around the Barden Bellas as they strove to win a national singing competition. The original movie included stars such as Anna Kendrick, Rebel Wilson, Hailee Steinfeld, Elizabeth Banks, Adam Devine, and Ben Platt. The initial film was followed by two more movies, released in 2015 and 2017, making Pitch Perfect a trilogy that was much loved by fans. The three films have grossed over half a billion dollars worldwide.

The show is set to focus on Bumper Allen, the character portrayed by Adam Devine. Bumper, an alum of the very firstPitch Perfect movie, was the leader of the Bellas’ rivals, the Treblemakers. Bumper then became the love interest of Rebel Wilson’s “Fat Amy” in the sequels. Bumper did not make an appearance in the third Pitch Perfect movie. The Pitch Perfect TV series is set several years after the end of the final Pitch Perfect movie. The series’ narrative is centered on one of Bumper’s songs becoming a big hit in Berlin and follows him as he moves to Germany in a bid to revive his music career.

The release of the TV series will join other Peacock original series such as Saved by the Bell, Bel-Air, and Rutherford Falls.

Who is the New Pitch Perfect Cast?

Among the confirmed cast members list are Adam Devine, Flula Borg, Jameela Jamil, Sarah Hyland, and Lera Abova. Devine will be reprising his role as Bumper, while Borg will be continuing his character as Piëter Krämer. Jamil is set to portray Gisela, an up-and-coming German pop star and Bumper’s main rival. Hyland will play Heidi, who will lay assistant to Piëter and Bumper, while Abova will play Piëter’s sister, a DJ and music producer in Berlin.

Susan Rovner, the Chairman of Entertainment Content at NBCUniversal Television and Streaming, said:

“When we saw the opportunity to create a series for Pitch Perfect with Elizabeth Banks, Max Handelman, and Paul Brooks plus more earworms classics for super fans to enjoy, we jumped at it. And to top it off, we are so fortunate that Adam Devine is headlining the series and bringing fans the quirky, laugh-out-loud sensibility they loved in the film franchise.”

The Pitch Perfect TV series will have creatives from the original team, including Elizabeth Banks, Max Handleman, Scott Neimeyer, and Paul Brooks. Although Banks produced and starred in the Pitch Perfect films, there is no decision on if she will be directing any episodes of the Peacock TV series.

What Fans Hope to See

Fans have had mixed reactions towards the Pitch Perfect TV series and varied expectations. While fans look forward to an expansion of the storyline between Bumper and Fat Amy, given that Bumper didn’t make an appearance in the last movie, this may not turn into a reality as Rebel Wilson has not yet been announced as an official cast member. Fans also want to see the Barden Bellas, the focus of the original movies, back in action. However, this might remain an empty hope as producers have explicitly stated that the storyline will follow Bumper.

The addition of the prominent characters of Jamil, Hyland, and Abova into the Pitch Perfect universe has also been cause for anticipation among fans. Being accustomed to seeing the original cast members for the entirety of the trilogy, fans are now apprehensive as to how the new additions may factor into the narrative. However, the expansion of Bumper’s storyline means that the show may offer more insight into the ups and downs of Bumper’s music career in the USA.

Thus far, fan reactions to the announcement of the series, plotline, and new faces have not been uniform. Some fans have refused to accept the upcoming changes coming to the Pitch Perfect family, while others have been more accepting of change. With reactions ranging from “I didn’t need this in my life” to “Why didn’t I know about this,” the Pitch Perfect fandom has taken to Twitter to voice their views.

One user tweeted that a series is not what they had in mind when they asked for a fourth Pitch Perfect movie. At the same time, another expressed their unhappiness over the storyline, saying that they didn’t want this series due to uncertainty regarding the plot. A significant point of contention for fans remained the absence of the Bellas. However, other reactions have been more positive and have welcomed the new additions to the cast. Many expressed excitement, saying that the new cast members would make them proud, and called the Pitch Perfect show their “happy place.”

If anything can be established from fan reactions, the fandom has numerous expectations from the show. A big hope is to catch a glimpse of the Bellas years down the line. No doubt fans are curious to see how the lives of much-loved characters such as Fat Amy, Beca, Aubrey, and Chloe have played out. Maybe fans shouldn’t lose all hope — it is a series after all and, therefore, may carry the space for a few guest appearances. Only time will tell.

Since the show was only announced in September 2021, neither an official trailer nor a concrete release date for the Pitch Perfect TV series has been announced yet. While it may take some time for a trailer to be released, hopefully, the trailer will carry exciting insights into the show. All fans can do is speculate and hope for the best!