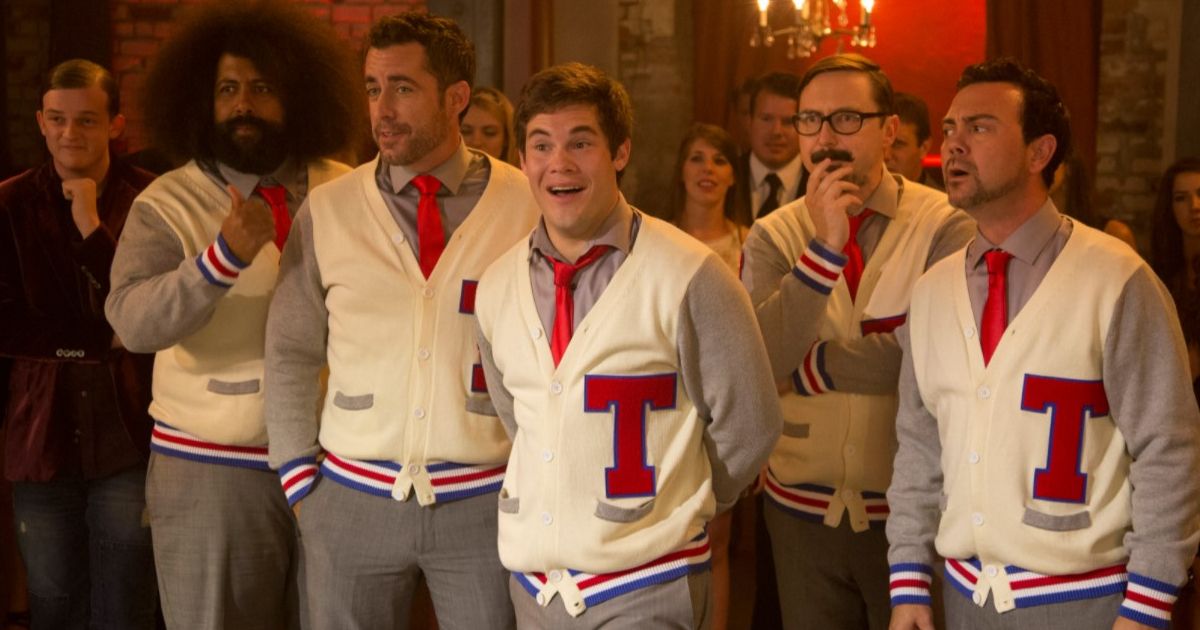 Well known for its strong cast, fresh sense of humour, and kind of absurd premise, the Pitch Perfect films have aged well since the first film premiered in 2012. The most recently released sequel, Pitch Perfect 3 (2017), was a box office hit, proving that the franchise is as successful as it is funny.

Powered by an onslaught of singers led through ups and downs by adored actors such as Anna Kendrick and Rebel Wilson, Pitch Perfect managed to make a cappella funny, hitting jokes and addressing the plights of team competition as though they were notes on a score. For reasons that might be best left unquestioned, watching a troop of women fling themselves across a college campus, harmonising well-known songs in crystal clarity for two and a half hours seemed to be exactly what we needed throughout the 2010s, and needless to say, precisely what we need now, too.

Forecasted to begin production later this year, the upcoming remix of the franchise into a TV show with streaming service Peacock is nothing if not long overdue. With a star-studded cast, written and directed by some of the funniest talents in TV today, here’s everything we know about the upcoming new Pitch Perfect TV series.

The initial three Pitch Perfect films largely follow Kendrick’s character Beca, as she struggles to make a name for herself in the music industry in the midst of romance, college, and perhaps most obviously the a cappella group The Barden Bellas. Kendrick is not making a return in the new series, and, as revealed late last year, her character will be replaced by Bumper Allen, played by Adam Devine.

The character was typically seen throughout each film dancing, romancing, and most importantly, a cappella-ing as one of the more prominent male characters in the predominantly female cast. In the new series, Devine plays a Bumper who, having had one of his songs blow up in Germany, decides to move to Berlin to revive his musical career. He undergoes the trials and tribulations of new friends, enemies, and competition. As he enters the European media market, having his American outlook challenged in what we can only pray, will try for a more refreshing stance than the similarly staged American-in-Europe show Emily In Paris.

In an interview with On Demand Entertainment after the release of Pitch Perfect 2, actor, director, and producer Elizabeth Banks said:

“It’s very rare to have a movie that’s written by a woman, directed by a woman, starring a group of women, so we’re pretty proud to be hopefully inspiring more ladies.”

Soon to begin production in Berlin, the show sets itself up for success in one of Europe’s most high-powered music scenes, with a well-known culture of passion, pretentiousness, and punctuality ripe for the picking with Adam Devine’s gung-ho fresh-out-of-Pennsylvania character. It is also worth mentioning that the writer for the series will be Megan Amram, who gained popularity most recently for having produced The Good Place. Although her track record as a writer is nothing short of impressive, having worked on famously funny shows such as The Simpsons, Silicon Valley, and Parks and Recreation, to name just a few.

Amram’s proximity to the upcoming series is definitely not a bad sign, and predictions seem hopeful for a show which lives up to its original comedic appeal. As Amram herself described in an interview at Austin Film Festival:

“To me, the most fulfilling type of thing I’ve worked on are these 30-minute shows where you can really get to know the characters […] for me personally I always feel like comedy is more impactful when you’ve really spent a lot of time with the characters.”

It might not be too far from accurate to suggest that Amram might give the Pitch Perfect series the kind of attention to characters it wouldn’t have with any other writer. This might seem more evident when looking at the cast, which is substantially smaller than in the original movies, where the group competition concept gave attention to several characters almost simultaneously.

Adam Devine isn’t the only familiar face soon to grace screens. German actor Flula Borg, who also starred in the original films, becomes one of the driving forces behind Bumper’s new career. His character, Piёter Krämer, is an ex-a cappella star and now disgraced manager taking on the young singer as his only talent.

Peacock also announced actors Jameela Jamil, who will play Bumper’s rival as the upcoming star Gisela, and upcoming Austrian actor Leera Abova as a DJ and producer under the moniker DJ Das Boot. Second to Devine in representing one of the two main American characters in the series, stars Sarah Hyland as Heidi, an off-kilter American assistant quietly performing her own songs in the Berlin cabaret in the hopes of gaining her own stardom.

With rumours of a Glee reboot hitting screens, it seems increasingly evident that audiences are ready to hear a protagonist express their pain through a cappella again. But, the upcoming Pitch Perfect series appears prepared to set its songs on bigger challenges than classroom drama. The cast, most of whom have already made a name for themselves in comedy, suggests a promising set-up for a show looking not only to find humour but also a connection between two continents in an internationally competitive industry. Where the original films looked to see a link in music through the lens of rivalry, the spin-off series looks to continue that legacy on an intercultural level, and hopefully, it succeeds.

​​​​​While filming starts this year, an official premiere date has not been announced.