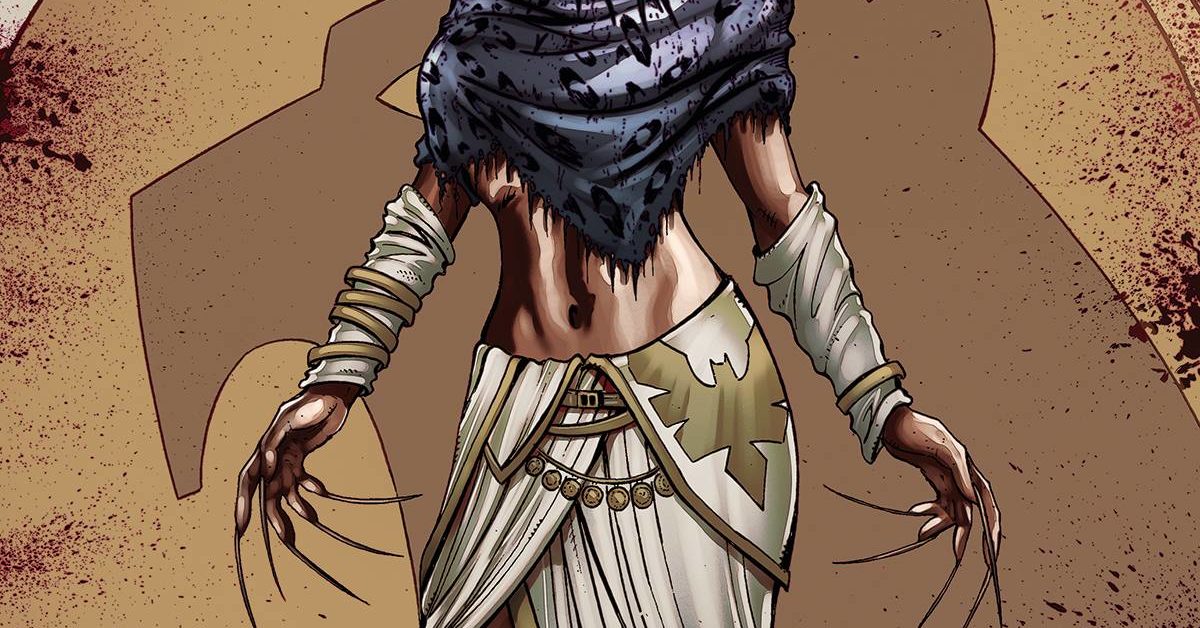 This is interesting insight into a publisher’s decisions at a time when, for many comic book readers and retailers, everything is up in the air. Pantha is a comic book character published by Dynamite as part of their Vampirella line of characters, and has always had a strong following for the company. The new series has had solid orders for the first issue by Tom Sniegoski, Jeannine Acheson, and Igor Lima, with orders topping 17,000, and now selling out at Diamond Comic Distributors ahead of going on sale. However, orders for the second issue at FOC were below 8,000, which is a significant drop. While there is often a drop off between a first and second issue, reflecting that some people won’t come back for seconds, that’s a big drop for a title like this with a pre-existing fanbase. Dynamite believes it will leave people who bought the first issue unable to find the second. And, with that kind of self-0fulfilling sales trajectories, might lead to an early title cancellation later in the year.

So Dynamite Entertainment are putting Pantha #2 back to FOC again this week, hoping that retailers might take the opportunity to judge their sales, and up their orders. And pointing out that the first printing is all accounted for thanks to repeated reorders, and sharing an ashcan showing the series with retailers in recent mailings. Will it work? Here are their FOC-revealed variant covers for Pantha #2 to try and get those orders a little higher…

PANTHA #1 CVR A JONG
DYNAMITE
NOV210502
(W) Tom Sniegoski, Jeannine Acheson (A) Igor Lima (CA) Judy Jong
A cruel Egyptian queen eternally cursed to transform into a savage beast.  For millennia, Pantha has endured her punishment for angering a powerful goddess, hiding herself away from the world and the ugliness of her humanity.  But now someone-something-is killing the gods, and now so it falls upon Pantha to save the pantheon!  In exchange for her help comes the promise of redemption and freedom from her curse, but even that comes with a price!  Featured in her own series for the first time in a decade, and spinning out of the pages of SACRED SIX, Pantha’s back! In Shops: Jan 05, 2022 SRP: $3.99

PANTHA #2 CVR A MATTEONI
DYNAMITE
DEC210593
(W) Tom Sniegoski, Jeannine Acheson (A) Igor Lima (CA) Giuseppe Matteoni
Sekhmet, the Egyptian goddess of war, has been captured by the mysterious and deadly Ta-Nakht. Time is of the essence, as the god Nick Heart and Samira–Pantha’s human alter ego, try to combat this sinister menace before even more of Nick’s kind disappear. They may have found a powerful ally in Set, the Egyptian god of chaos, but he has ideas of his own about using Pantha’s wrath in the development of a powerful weapon. Will Nick and Samira be able to stop Ta-Nakht before the dark being fulfills its ultimate purpose and wipes out an entire pantheon of deities? Or will Set create a weapon maybe even he can’t control? In Shops: Feb 09, 2022 SRP: $3.99

PANTHA #3 CVR A MATTEONI
DYNAMITE
JAN220555
(W) Tom Sniegoski, Jeannine Acheson (A) Igor Lima (CA) Giuseppe Matteoni
Darian Blackwood, CEO of Blackwood Munition (not to mention the Egyptian god of war and chaos), has taken Pantha captive in order to extract Sekhmet’s wrath from her and use it for his own mercenary purposes.  But Blackwood is unaware that the mysterious threat to the gods has found them, and is about to attack.  That threat to the gods, Ta-Nakht, is growing stronger and getting closer to achieving its nefarious potential.  PLUS: Who are the Mortalists, and what part will they play in this epic tale? In Shops: Mar 02, 2022 SRP: $3.99

This article was originally published by Bleedingcool.com. Read the original article here.

SHUT IN THEATER: Weekend Reading 146
Kristen Stewart Already Has Another Directing Job Lined Up Ahead Of Her Directorial Debut
The Resident Round Table: Does the Perfectly Wrapped Up Finale Signal the End of the Series?
NBA All-World From Pokémon Go Studio Available Today
VAULT announces ADAM CAHOON as the new artist on THE NASTY