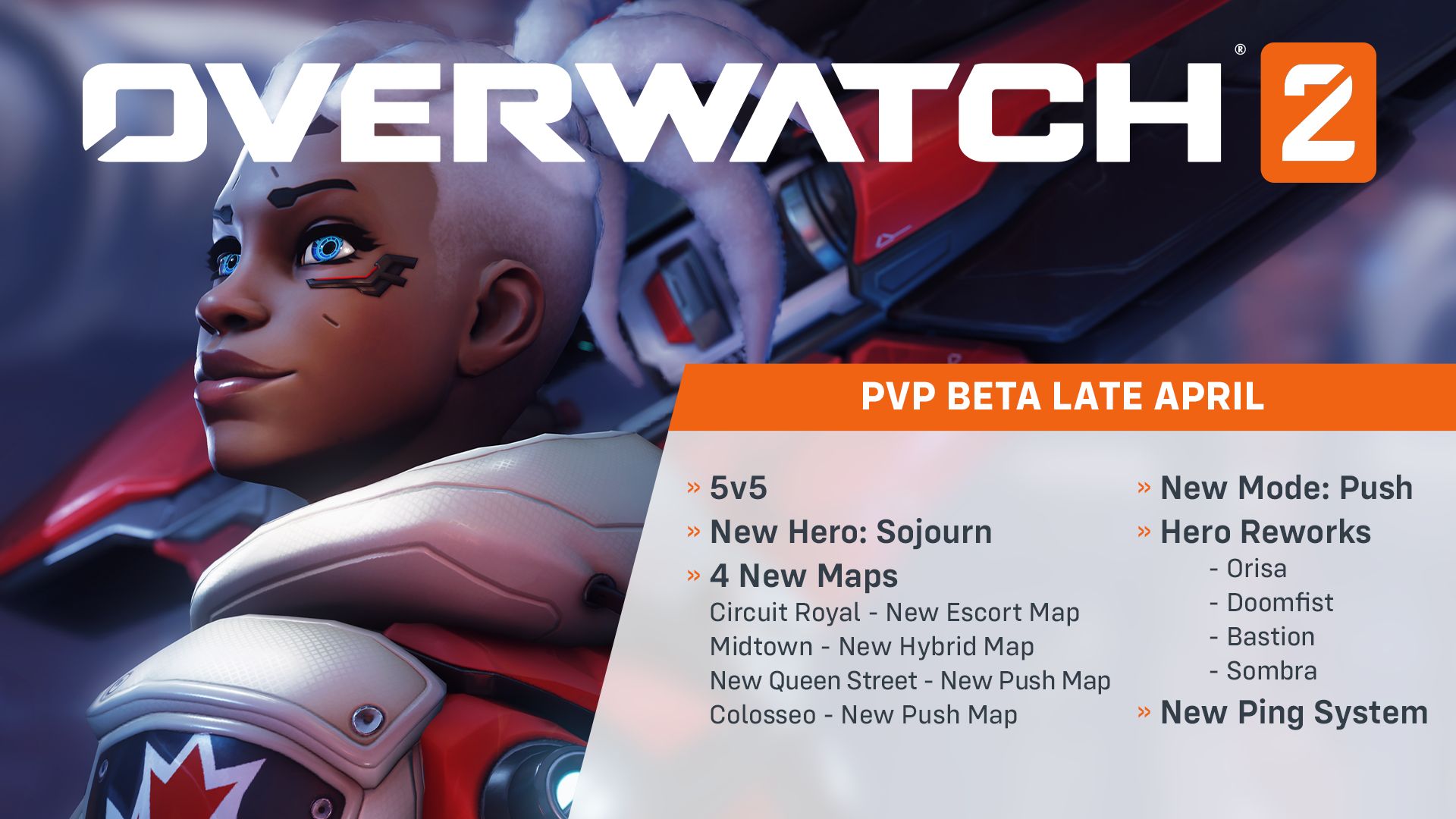 Then in late April, the first PvP beta will be for PC in select regions. This closed beta will include a larger group of testers who will be asked to provide gameplay feedback. The goal for this phase is to test new features, content, and systems before shifting to stress-testing the servers with a wider player base in future tests.

Alongside beta testing, Blizzard also announced it is going to change its release strategy with the game by decoupling the PvP and PvE experiences from one another. This will get the new PvP content into your hands sooner, while the team continues to work on PvE.

Overwatch 2 was announced at BlizzCon 2019 where it was revealed that all cosmetics and progress from the original game will carry forward for players. The game will have a new game mode called Push, set in Toronto, more story and PvE content with story missions is promised, and all 31 heroes, plus more, are getting an updated look.

The game will feature the hero Sojourn and multiple new heroes. Overwatch 1 and 2 players can play together in a shared PvP multiplayer environment as Blizzard promised with the sequel that “no one will get left behind.”