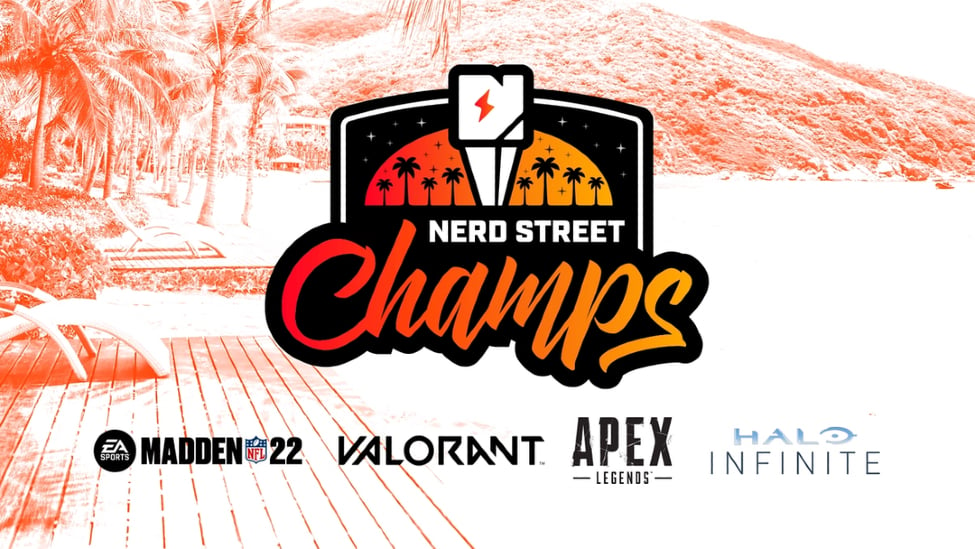 The circuit will be sponsored by fruit-flavoured sweet brand Mike and Ike and gaming chair manufacturer Mavix Gaming.

Nerd Street Champs will take place across Madden NFL 2022, VALORANT, Apex Legends, and Halo Infinite with weekly and monthly competitions commencing in April. In addition, weekly tournaments will feature a $2500 (£~1887) prize pool while the grand finals will have $50,000 (£~37,741) up for grabs.

Stephen Csikos, Head of Programming at Nerd Street Gamers, spoke on the launch: “Creating connected opportunities that originate online and at Localhost facilities is a core tenet of the Nerd Street Championship. Not only will competitors be able to participate in person at qualifying LAN events, but there will be opportunities to qualify through online events as well.”

Mike and Ike and Mavix Gaming are no strangers to collaborating with Nerd Street Gamers. In 2019, the sweet brand partnered with the company’s NCS series while the gaming chair manufacturer became its exclusive chair partner in June 2021.

Nerd Street Champs will be a hybrid of online and LAN competitions, with the series utilising its Localhost facilities to host in-person events, adhering to local health and safety regulations.

“We are excited to take the next step in our Championships product by expanding our competition offerings to include Halo Infinite and Madden NFL 22,” Csikos added. “A new season brings new stories and we at Nerd Street are fired up to see who will rise to champions.”

Esports Insider says: As a longtime supporter of amateur esports, Nerd Street Champs is a great opportunity for aspiring players to compete. With a variety of titles and a sizable prize pool, the tournament has the potential to become a mainstay in North American grassroots esports.

FIFA 23 Review
Overwatch 2 tier lists are a mess, but most agree that one hero is coming out on top
Sony wants to produce 2 million PS VR 2 units by March, still won’t tell us how much it costs
49ers’ Ray-Ray McCloud Cops Custom ‘Like Mike’ Cleats For ‘Monday Night Football’
Disney Networks Restored On Dish Following Handshake Agreement, Including ESPN, FX, ABC Stations – Update