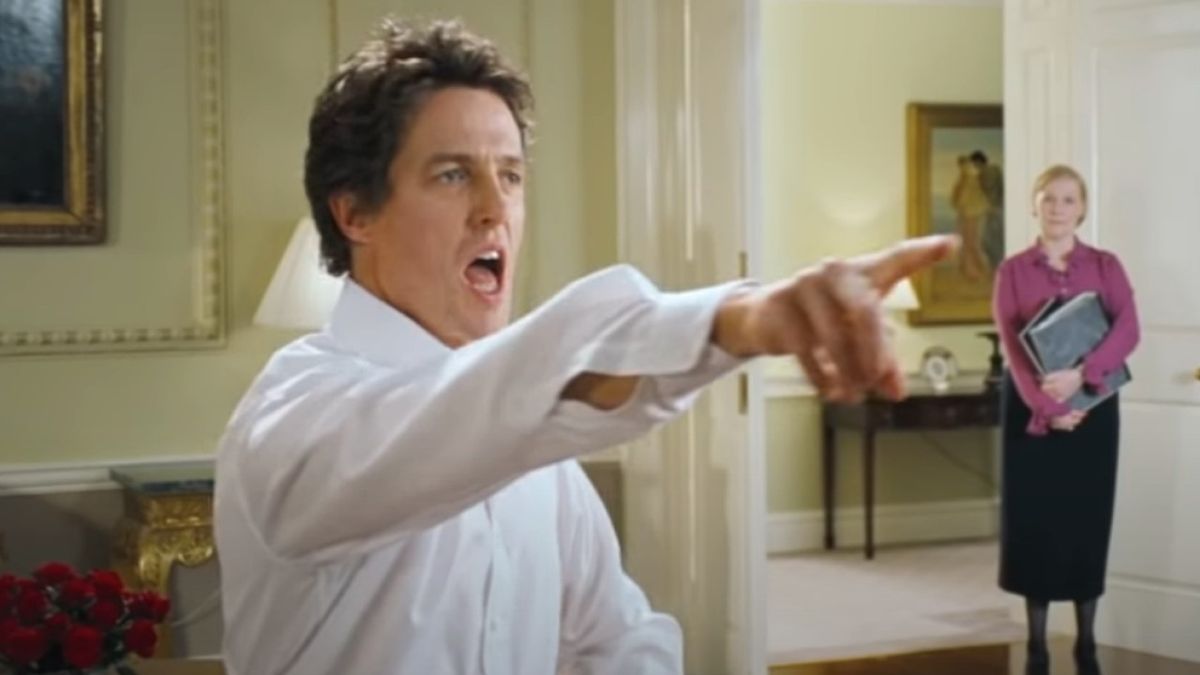 Love Actually has become a holiday viewing tradition for many and stands as one of the greatest romantic comedies of all time, thanks to its ensemble cast, multiple interconnecting storylines, and eternally quotable dialogue. There’s one scene that lives in infamy probably more than any other, however, and that’s the one where David the Prime Minister celebrates his verbal bashing of the US president with an impromptu dance party. It turns out that Hugh Grant hated that scene — a fact that stands true as the beloved movie it set to celebrate its 20-year anniversary. The actor will, however, take credit for one “genius” addition to the number.

Hugh Grant was one of several Love Actually actors who spoke with Diane Sawyer for The Laughter & Secrets of Love Actually: 20 Years Later. The actor’s grumpiness was well-documented by writer and director Richard Curtis, co-star Emma Thompson, and even Grant himself, particularly when it came to that dance. Grant told Sawyer:

Hugh Grant has had 20 years to ruminate on the popular dance number to “Jump” by The Pointer Sisters, which his character broke into after publicly dismantling Billy Bob Thornton’s United States president. It’s obvious from the way Grant can immediately point out the scene’s flaws that he’s given it some thought over the past two decades. At least there’s one part of the scene he can take pride in, and he definitely should, because the Prime Minister being caught in the middle of his celebration is such a classic moment.

That doesn’t make his overall feelings about it any warmer, as he said on the ABC special:

Richard Curtis seemed to know people would like it, and despite Hugh Grant’s initial refusal to do the scene, the director stood his ground, ultimately pulling rank on the actor. Curtis recalled:

Longtime fans of the movie would likely say it was well-worth the director’s fight, but Richard Curtis did admit to thinking it was “agonizingly embarrassing” when he saw Hugh Grant filming the dance number.

Love Actually doesn’t seem to be losing popularity anytime soon, and unfortunately for Hugh Grant, that dance may stick with him for another two decades. You can check out the actor in these great performances by Grant that you probably missed, and If you want to give the classic rom-com a rewatch, Love Actually can be streamed with a Peacock Premium subscription.

Israeli Public Broadcaster Closure Postponed “Until Further Notice,” Says Benjamin Netanyahu Government
Alexandra Daddario Gets Real About ‘Pressure’ From Book Readers When She Was Doing Percy Jackson And How Her New Series Compares
‘That’s So Raven’ Star Orlando Brown to Get Mental Evaluation After Arrest
Rovio Classics: Angry Birds – Official Launch Trailer
The Flash, His Wife and the Trouble with Time Loops