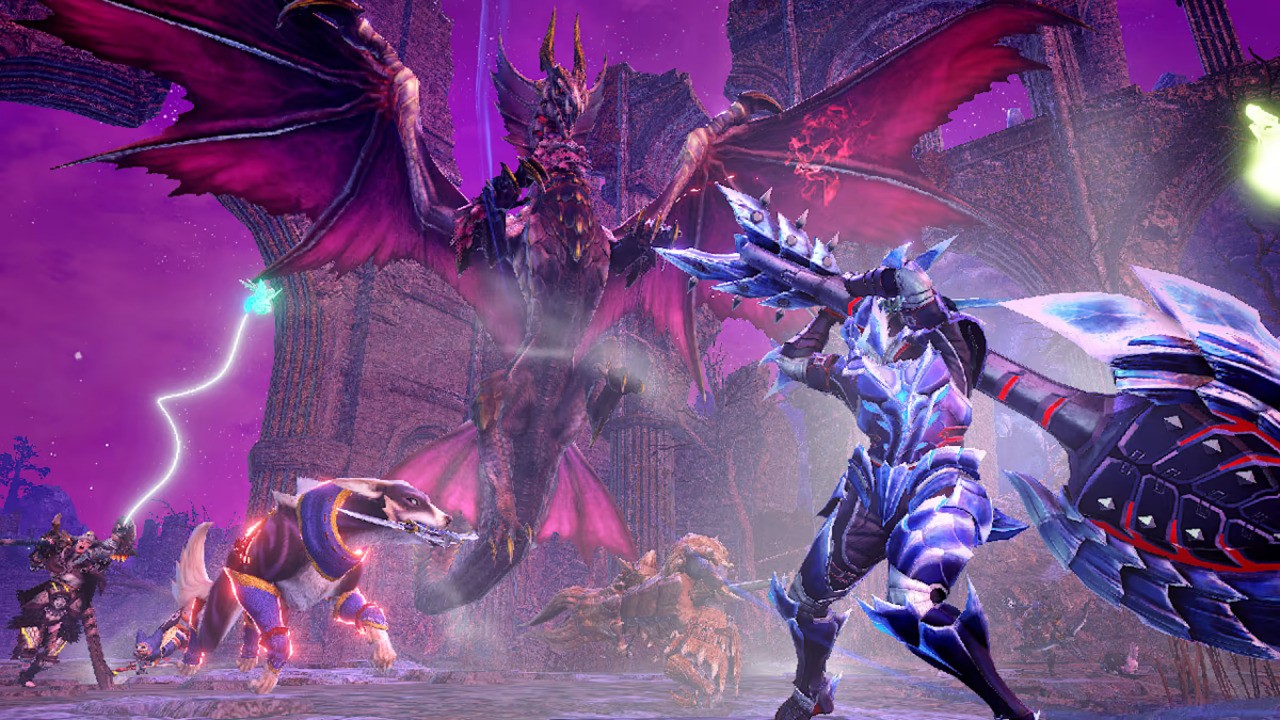 If this wasn’t already enough, there’s more to come. Capcom is already looking ahead – with a fresh reminder on social media that there’s much more in the works. In case you did miss it due to the excitement of the second title update, “Free Title Update 3” is now locked in for a late November launch.

At the beginning of last month, it was just a “winter 2022” release, so it’s now at least been narrowed down. When it arrives hunters can expect some variant monsters and powered-up monsters. There’ll also be more content delivered in 2023:

You can see the full patch notes of second title update in last week’s post. It adds the Flaming Espinas (who debuted in Monster Hunter Frontier), Violet Mizutsune (a brand new variant of Mizutsune from Monster Hunter Generations), and Risen Chameleos (a new version of Monster Hunter 2‘s Chameleos).

So, how are you finding the latest title update for Monster Hunter Rise: Sunbreak? Looking forward to the next one? Let us know in the comments.