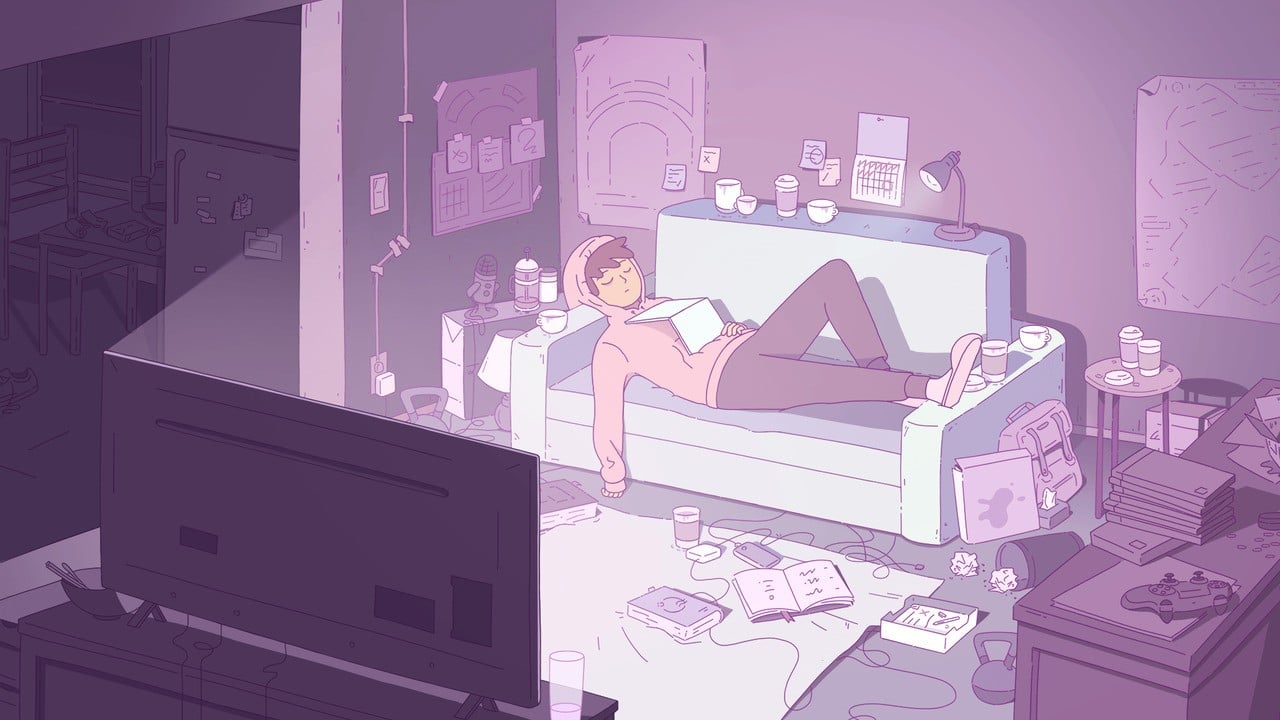 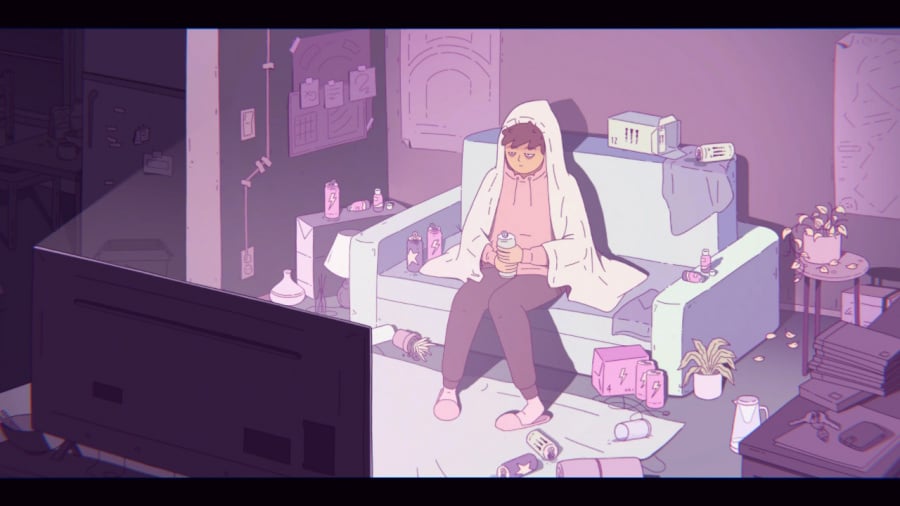 Maybe Gloria Estefan was right, and the rhythm is, in fact, gonna get you. Melatonin certainly thinks so.

This debut from indie studio Half Asleep is named for the brain hormone that helps you sleep (starting to see a pattern here). It’s a pretty pastel rhythm game where you enter an insomniac’s puzzling dreams to press or hold buttons in time with a beat. But the dreams are not really a story so much as a loose structure for a series of minigames. Because, for a game about relaxation and sleep, Melatonin really requires you to be wide awake.

Of course, this game echoes Nintendo’s joyous Rhythm Heaven / Rhythm Paradise (the creators are even thanked in the credits). But while the gameplay is similar, Melatonin dances to the beat of its own drum. It boasts a consistent and sweet pastel aesthetic, and more complex trials.

In the Melatonin universe, one night = one level, with each offering up a range of dream challenges to pass, and a miniboss battle that’s a mash-up of the dreams. Every dream starts with a tutorial describing your task and allowing you to play without scoring. The practice comes with a ticker which tells you what to press and when, and a metronome that keeps beat on top of the synth-y track. Even so, it can take a little while to get into the swing of things; we felt an easier starter round would have helped us grasp things earlier. When you hit the button, the game gives immediate feedback in the form of EARLY, PERFECT, or LATE supers, or a sweat droplet emoji if you miss it altogether. There is a steep learning curve, but that means the PERFECTs feel well-deserved. This game would come naturally to those with music training – or who aced Rhythm Heaven. For everyone else, it can be quite tricky.

The game makes things easier with a wide range of audio, visual, and accessibility settings that you can access even when you’re mid-dream. Most usefully, you can toggle the visual ticker and metronome, which help you focus on your objective over the many visual and audio stimuli. Turning these on often made the game easier but no less enjoyable, which is nice for anyone with imperfect hand-eye coordination or who just wants to play for fun.

As with other rhythm games, the bite-sized rhythmic rounds are perfect to play in between daily tasks (or other games!) The music is relaxing yet catchy – it even got stuck in our heads when we were away from console – though it really needed more zings and pops to help cue players’ movements in the game.

Despite its lack of musical cues and somewhat varying difficulty levels, Melatonin’s suite of challenges is a delight for rhythm game fans and it’s so satisfying to nail that PERFECT. It doesn’t fill the Rhythm Heaven-shaped hole in the Switch’s portfolio, but instead it creates a dreamy new space filled with cotton candy colour, energy, and, most importantly, fun.

It’s Just Under 115 Days Til Fast X Finally Hits Theaters, And Ludacris Has Some Thoughts About Filming
Random: Opera Group Adds Mario To Mozart In Nintendo-Themed Retelling Of ‘The Magic Flute’
Eight new songs arrive in Taiko no Tatsujin: The Drum Master!
The Last Of Us Episode 2 Broke A Massive Record For HBO
The Last of Us Episode 3 Trailer: The Long Road to Bill and Frank