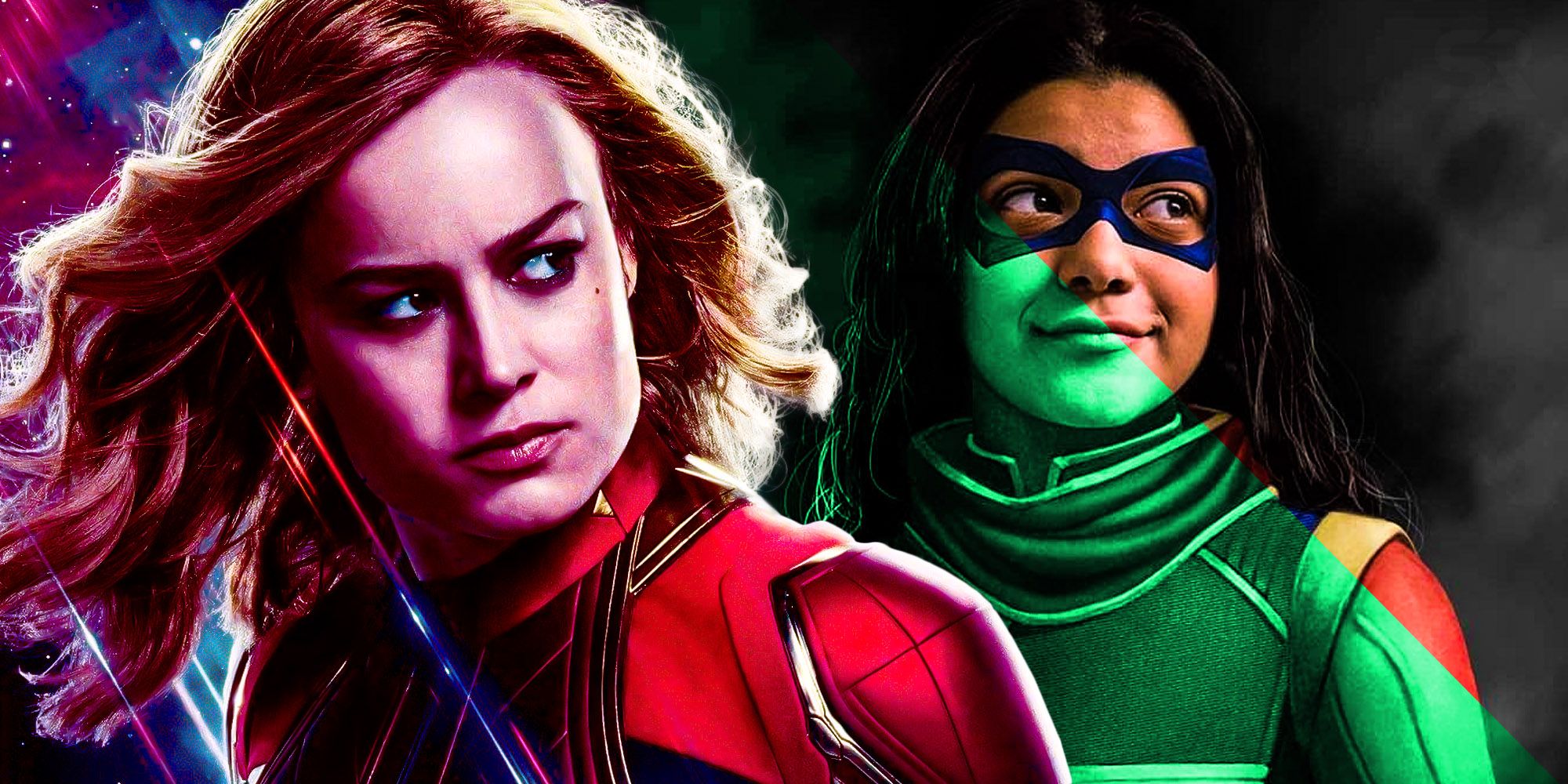 Brie Larson reacts to the new trailer for the upcoming Disney+ show, Ms. Marvel. Playing Carol Danvers, a.k.a. Captain Marvel — the first headlining female superhero in the MCU, the actress has been in the universe for several years now. Following the Infinity Saga, Larson will return in The Marvels where she will finally share the screen with Kamala Khan, who will first debut in her own show, Ms. Marvel.

As part of Marvel Studios’ efforts to expand its small screen footprint, Ms. Marvel will debut a brand-new hero played by Iman Vellani. She’ll headline the upcoming show on Disney+ led by Bad Boys for Life duo, Adil El Arbi and Bilall Fallah. Khan was only introduced in 2014, making her a relatively new character, but she quickly became a fan favorite being the first Muslim-American superhero to star in her own comic book series. Plot details for the project are still tightly under wraps, but Disney has already kicked off its marketing campaign with the debut of Ms. Marvel‘s first trailer.

Clocking in at a minute and 48 seconds, the Ms. Marvel trailer offers fans their first proper look at Khan. The video establishes her as a fan-fiction writer, who is enamored by Captain Marvel. Larson thoughtfully took the time to react to the clip, offering her full support for the new show and titular hero. Check the actress’ social media post below:

At this point, Larson and Vellani have already worked together in The Marvels. The pair will be joined by Teyonnah Parris’ Monica Rambeau, who, unlike Khan, has a tainted opinion of Captain Marvel. It’s still uncertain why Maria Rambeau’s (Lashana Lynch) daughter grew up to despise her Aunt Carol, but WandaVision made it clear that Monica is harboring some secret grudge against the superhero. Similarly, it’s also uncertain how Khan came up to idolize Danvers. In the comics, she witnessed the hero battling Yon-Rogg, but while Anna Boden and Ryan Fleck’s Captain Marvel saw the rivals go against each other, it’s unlikely that Khan witnessed it, because it took place in 1995, not to mention that the battle was in a pretty deserted setting.

While it’s confirmed that Larson and Vellani will eventually share the screen in The Marvels, it’s curious if Captain Marvel will make a cameo in Ms. Marvel. The hero was last seen during Shang-Chi and the Legend of the Ten Rings‘ post-credits scene, where she seems to still be busy doing some galactic work. That said, Danvers appearing in the upcoming Disney+ show effectively ties her with Khan, making their future big-screen team-up easier to execute.

Accidental movie and TV fan who is perpetually curious, Ana rekindled her love for writing and married it with everything pop culture. The result is a passionate writer who could ramble (and of course, pen) about films and series multiple hours a day. She has a soft spot for procedurals and old sitcoms (The Golden Girls!) but won’t dare watch any horror films although she’s (ironically) dying to see one. Though a bit late to the party and was an actual Force non-believer, she now finds the Star Wars franchise quite fascinating (fun fact: it was a crazy Jar Jar Binks/Sith theory that drew her in).