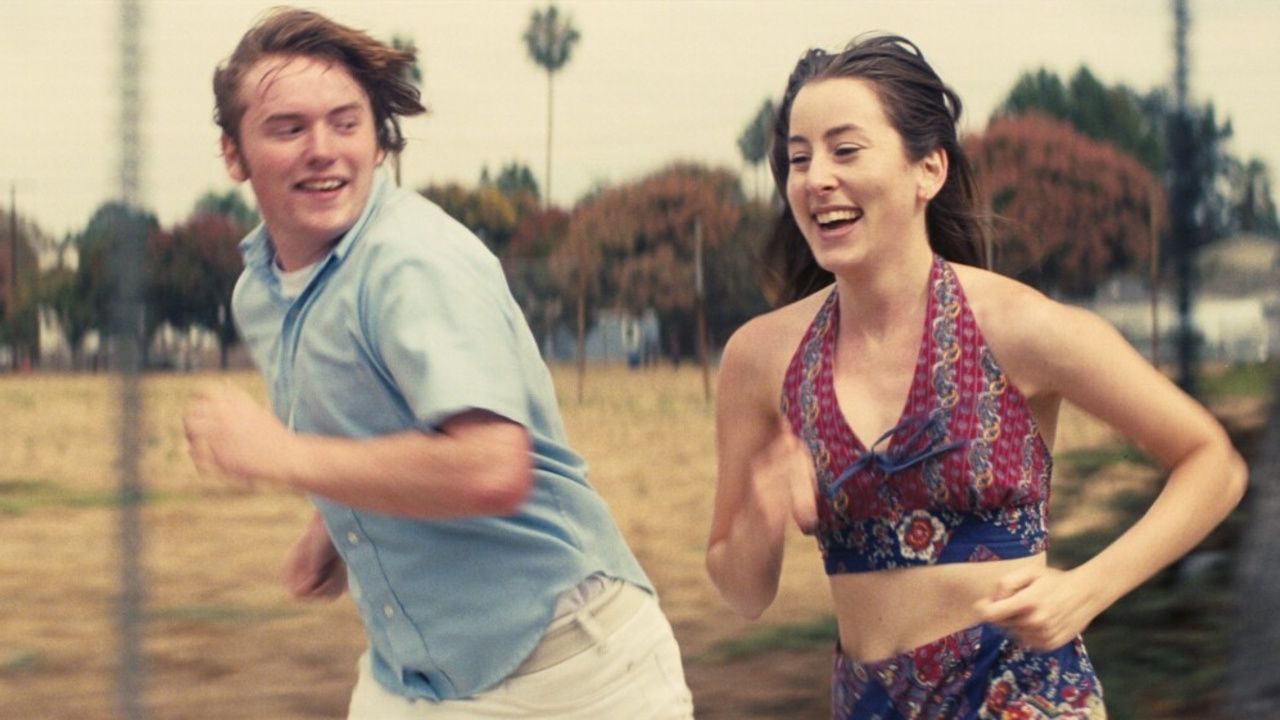 The Academy Awards are less than two weeks away, and with a handful of Oscar nominees on deck, it’s tough to say who will take home what. Nominated for Best Picture, Best Director, and Best Original Screenplay, Paul Thomas Anderson’s Licorice Pizza is one for the books. And while it may not pull off a hat trick — meaning one player scoring three goals in a game for all non-hockey fans — here is why Licorice Pizza struck an emotional, playful, and much-needed chord with its audience.

The dramedy romance follows 25-year-old Alana Kane (Alana Haim) and 15-year-old Gary Valentine (Cooper Hoffman, son of the late Philip Seymour Hoffman) as they navigate the adventures and struggles of young love in 1970s San Fernando Valley. If we were to reduce this story down to its bare bones — its carefree spirit, retro atmosphere, and a considerable age gap between two star-crossed lovers — we’d find a lovechild between Lost in Translation, American Graffiti and Almost Famous. There are plenty more like these, but you get the gist.

Like its remarkable counterparts, Licorice Pizza presents an old song played in a new key to the beat of its own drum. And there are a few ways it does this.

The Setting Takes Place in a Different Time

Every new generation comes with its own bag of issues, and we can all agree today’s age is no different. Let’s face it. There’s no better cure for escapism than a nostalgic trip to “what was.” Given its Dazed and Confused backdrop and a killer soundtrack packed with flower-child gems, Licorice Pizza is far from unique in that regard. But even for those of us who were born many moons after the disco days of “California Dreamin’,” it’s easy to yearn for a time and place we’ve never lived. More often than not, a ticket to the past is one we’re stoked to cash in on. And luckily, this story brings us to the world of water beds, home phones, and grass-roots politics in the blink of an eye.

It Mixes Authenticity With Over Characterizations

Much of the draw toward rite of passage storylines comes from the desire to experience all those big existential feelings that are hard to put into words and see relatable characters who manage to convey them. This is no easy task, and it arguably makes the genre hard to succeed in. The beginning stage of Gary and Alana’s friendship starts at Gary’s high school. It’s school picture day, and Alana is there, working as the photographer’s assistant. A shameless and tenacious Gary throws himself into Alana’s world, bringing her right back into his. It’s an interaction disguised as unrequited love. She’s in her twenties. She’s got no business fooling around with a teenage boy — but this boy has a free spirit full of big plans for the future. In the spirit of escapism, one could say he’s a free ticket back to childhood dreams and carefree summers. And for an aimless, drifting Alana (and us audience members alike), it’s a welcomed adventure.

While Alana and Gary keep us grounded with their awkward eccentricities and vulnerable places in life, we also get to have some fun with a few not-so-down-to-earth characters. Our protagonist, Gary, who’s been through the rigamarole of Hollywood, introduces Alana (and us) to a world of chainsmoking agents and industry tycoons. Some of these players include Sean Penn as Jack Holden (based on Sunset Boulevard star William Holden), Tom Waits as Rex Blau (based on famous ’70s director Mark Robson), and Bradley Cooper, as Jon Peters (a film producer, hairdresser, and Barbra Streisand’s former husband). There are others on this list, and it should be mentioned that Gary himself is based on film producer and child actor Gary Goetzman.

Most slice-of-life dramedies err on the side of caution when it comes to disrupting the peace of a simple narrative with over-the-top characters. But the outlandish behavior from these big-wig players (most notably Bradley Cooper’s who allegedly stayed in character throughout filming) only serves to remind us of how universal and grounded our two love birds are. The very absurdity of what’s on the other side of adolescence — “adulthood” — drives us right into the heart of what makes this film that came out of nowhere different than some of the rest.

Every film, regardless of genre, is about change. And in coming-of-age comedies and dramas, change (and acceptance) is everything. Ultimately, our hero must make a choice, and their triumph lies in their decision to surrender to the greater forces of life that are bigger than them.

Through all the trials and tribulations of Gary and Alana’s confusing yet captivating romance, our final beat ends with (spoiler alert) their first kiss. Despite all her attempts to keep her feelings for Gary at bay, Alana reaches her last tipping point when she witnesses the messy relationship between her closeted mayor boss and his tormented lover; this is when she realizes who the real “bad guys” are. Grownups. And when the moment finally comes to pick a team, Alana chooses Gary’s.

Herein lies the central argument that Licorice Pizza is a coming-of-age story that’s not. In the end, our heroes win in their ability to succumb to what they cannot control. But instead of giving in to “growing up,” they give in to each other (at least for just a little bit longer).