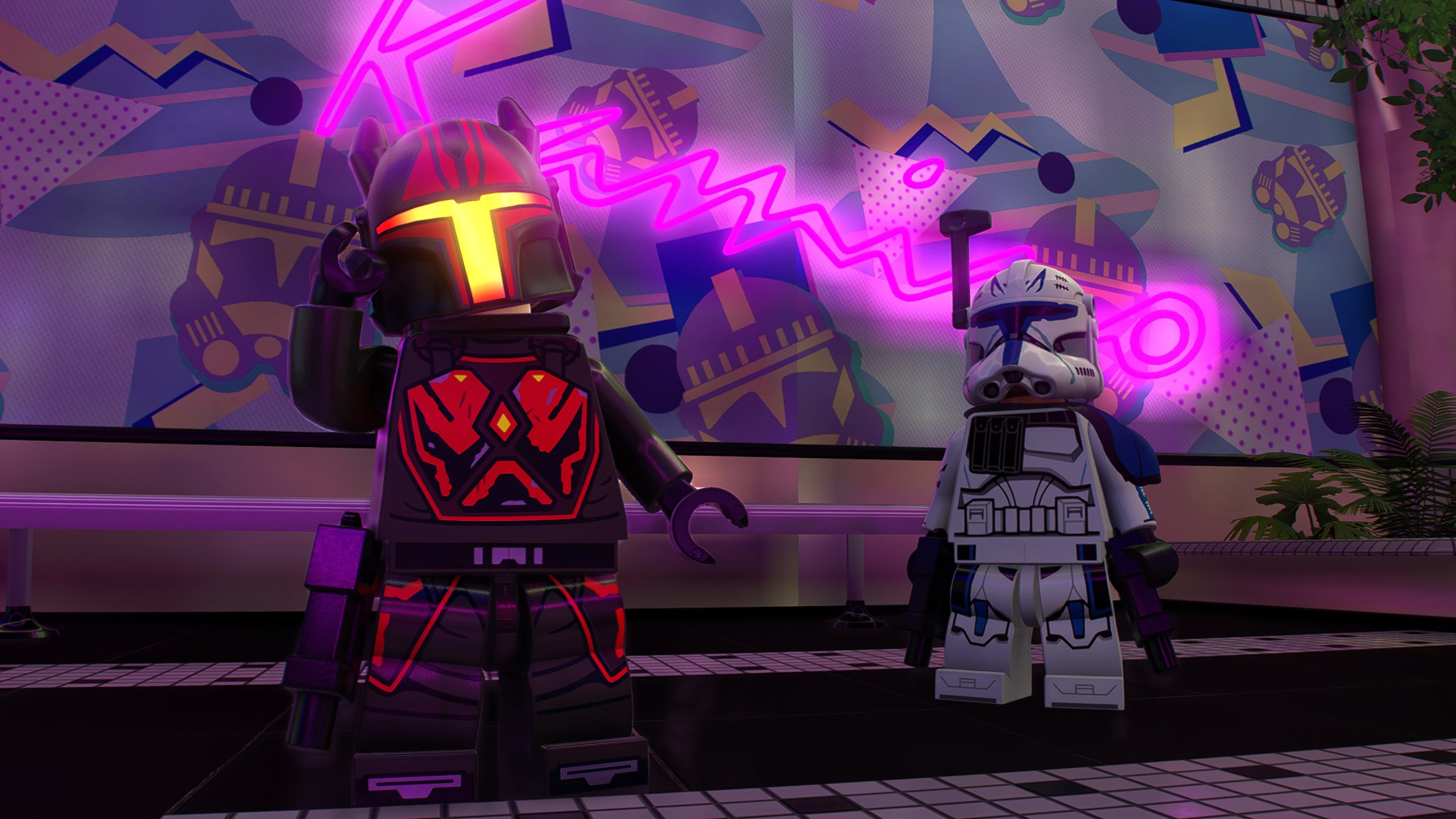 It’s about this time of year when many start thinking of their “Game of the Year” list. Despite what many have written off as a year of delays, there’s no denying the fact that there have still been a ton of games which have made it to release. Perhaps it’s not obvious to some at first, but I instantly thought of LEGO Star Wars: The Skywalker Saga. I loved it.

I remember attending a virtual showcase where TT Games promised to deliver the most comprehensive LEGO Star Wars game yet, and they delivered. All nine films spanning over forty years from the huge sci-fi franchise were playable for the very first time. The trademark LEGO humour was weaved throughout the game along with all the famous moments from the franchise being present and correct.

The other element I was blown away by was the sheer amount of customisation included within the game. Whether that was in the different characters, ships or fun modifiers, there was so much packed in (I still laugh at the manmade “pew pew” noises you can replace the sound effects with). And that’s where the Galactic Edition comes in. If there wasn’t enough to choose from already, then buckle up because the galaxy far far away just got a whole lot bigger.

Well, when I say bigger what I really mean is more densely populated. This is because LEGO Star Wars: The Skywalker Saga Galactic Edition is simply a collection of character packs bolted on to the base game. The actual game itself remains untouched. This isn’t a bad thing, but it makes justifying the price quite difficult (especially when the less complete editions are on special offer).

At least this makes it an easy decision as to whether you will get good value for money with the Galactic Edition. It all depends on how you derive enjoyment from the game. But for the purposes of this review, let’s say that these are the additions you are looking for.

You can buy the character packs bundle (which is effectively all of the add-ons to the base game which make up the Galactic Edition) for £19.99 as a separate lot. In all fairness you get quite a few too. Specifically, it consists of the following packs: Classic, Trooper, Mandalorian Season 1, Mandalorian Season 2, The Bad Batch, Rogue One: A Star Wars Story, Solo: A Star Wars Story, Obi-Wan Kenobi, Andor, The Book Of Boba Fett, The Clone Wars, Rebels and Summer Vacation. Phew.

Each pack is also available separately and contains five characters, allowing you to just grab your favourites if you don’t fancy splurging on the whole lot. The release of these was initially staggered but the Galactic Edition gives you access to them all, which have now unlocked.

The bundle covers pretty much everything Star Wars since the explosion of content that came with Disney’s acquisition of the rights. It gives the player even more freedom to explore the galaxy in their own way, with each character being fully integrated into their playthrough once chosen, and switching between them is pretty quick if not a little fiddly.

As I picked up in my original review, you can have ten or so characters to quickly switch between so you have all bases covered. Each has a class (such as Jedi or Bounty Hunter) and these come with unique abilities which are crucial to grabbing all the goodies on each planet. However, beyond this you need to delve into the character roster and swapping them around doesn’t feel all that intuitive. Despite thinking I had selected someone several times, I would then be thrown back to my initial choice. It takes some getting used to.

All the new characters fall into previously established categories and, if I’m being honest, are there totally for cosmetic reasons. Nonetheless it’s a real buzz to play as one of the “new” Star Wars characters, such as the super cool Mandalorian. This isn’t just because he’s one of my favourites but also as little Grogu will follow you around on your adventure in his hover pod. There is also something really enjoyable about being able to wander around Hoth as Emperor Palpatine dressed in his Summer gear, for example. It’s the attention to detail which makes LEGO Star Wars: The Skywalker Saga Galactic Edition such a joy to play, especially for fans.

And that’s exactly who content such as this is aimed at. You can enjoy the game to the same degree as everyone else on a technical level, but these character packs allow LEGO and Star Wars fans alike to make new memories, and mix up their favourite moments as they see fit. This expansion bumps up an already stacked character roster, meaning it’s guaranteed that pretty much everyone’s preferred choice is here.

There isn’t much else to say really. Ultimately, this expansion will only interest those who are after a specific type of extra content. Even then, it feels like an expensive way to get it, despite the various options on offer. It’s for these reasons that I can’t recommend LEGO Star Wars: The Skywalker Saga Galactic Edition as an essential upgrade, despite the fact it contains an awful lot of fanservice.

LEGO Star Wars: The Skywalker Saga Galactic Edition offers a fairly pricey way to boost your character roster. Some will love it, but it may well be lost on others. Still, the base game is brilliant.

LEGO Star Wars: The Skywalker Saga Galactic Edition is on the Xbox Store