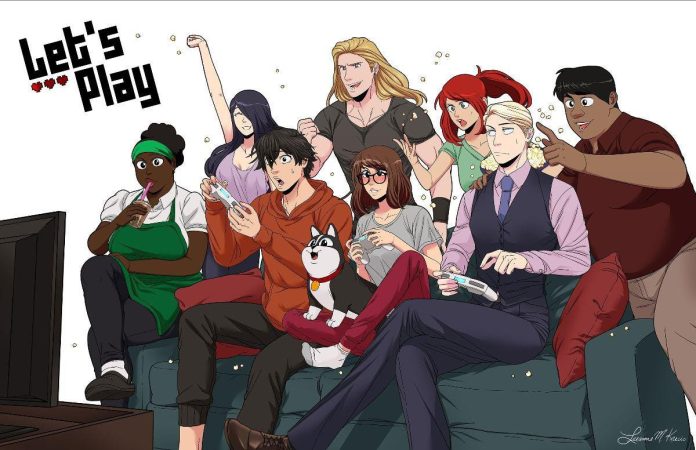 Let’s Play creator Leeanne Krecic has announced via various social media platforms that she will not be posting season 4 of the wildly popular strip on WEBTOON. She declined to go into details behind the move…but there were plenty of hints as to what caused the rift:

Unfortunately, I must report some sad news. I will not be returning with season 4 of Let’s Play at WEBTOON. This was an incredibly difficult decision, and no single event led to it. There have been ongoing difficulties for several years, most of which I can’t discuss, nor is this the appropriate forum. But some concerns include Let’s Play being excluded from marketing, despite promises to the contrary, and placing LP behind an age gate when there are series with far more controversial content that isn’t restricted. My representation has voiced these concerns and others to the necessary individuals at WEBTOON, but the blame was reflected back at me for incredibly far-fetched reasons. These issues, among many others, have made me feel marginalized and that WEBTOON does not value Let’s Play or me.

She went on to note the recent complaints that creators have been voicing about WEBTOON compensation, including lower pay for LATAM creators and “the ongoing lack of transparency and errors in accounting that I’ve experienced personally.”

Let’s Play is a romantic comedy about a female game designer whose neighbor is one of her harshest critics, and it’s currently one of the most popular comics on WEBTOON and ogther online platforms. On Webtoon alone it has 661 million views, 4.8 million subscribers and a 9.58 rating. A streaming series based on the comic is currently in development.

Krecic said that she would bring the strip back “once I am contractually able to do so” and details of where Season 4’s new home would be announced when possible.

As noted, while WEBTOON and other webcomics portals remain very popular with young readers worldwide, the mechanism of paying creators remains more opaque than many would like. As more platforms gain visibility in the US – and more platforms launch – there is sure to be even more talk about the financial aspects of these platforms.