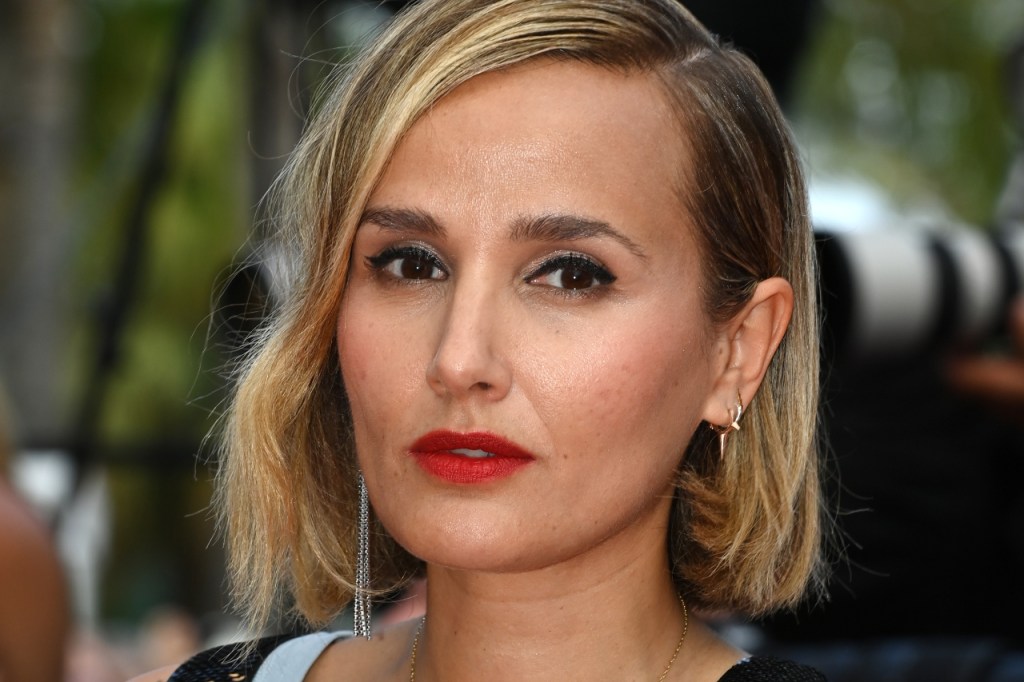 French director Julia Ducournau is at the Marrakech International Film Festival this week where she will talk about her career and work to date in an In Conversation event on Tuesday.

The Morocco trip comes close to a year after a momentous 2021 for the filmmaker in which she won the Cannes Palme d’Or for her genre and gender-bending second film Titane, becoming only the second woman to do so after Jane Campion in the history of the festival.

The feature went on to enjoy a buzzy career in the international film festival circuit, receiving an enthusiastic reception at the New York Film and London film festivals among others, and made a strong showing at the speciality box office in the U.S. for Neon. It was also selected as France’s entry to the best international film but did not make it onto the shortlists.

Having spent this summer filming two episodes of the Apple TV+ series The New Look, starring Ben Mendelsohn as Christian Dior and Juliette Binoche as Coco Chanel, she is now gearing up to participate in France’s Villa Albertine artist residency program in New York.

Deadline caught up with the director in the gardens of Marrakech’s Mamounia Hotel ahead of her In Conversation talk.

DEADLINE: How have you been decompressing after your eventful 2021?

JULIA DUCOURNAU: I was shooting a TV show the whole summer that’s not mine, The New Look for Apple. I directed two episodes. It meant I was on set which is great. I do this because I am writing right now, but if you just write and you never set foot on a set for three, or four years, that’s horrendous. So it’s good to hop on a project like that. Now I am back to writing.

DEADLINE: How is it directing other people’s material?

DUCOURNAU: I’ve done it on other things, such as M. Night Shyamalan’s Servant. Directing is also a way of telling a story and it’s not that different from writing, it’s just you have other tools. As long as I relate and the characters talk to me and I believe I can film them with love, I can do it.

DEADLINE: What drew you to The New Look?

DUCOURNAU: Many things. it is created by Todd A. Kessler. He played a bit part. He is very convincing and a very sensitive person, which I appreciate. The two leads are two actors I wanted to work with, Juliette Binoche and Ben Mendelsohn. I was really fucking happy about that. It was awesome. When you have actors like this, you feel like you’ve struck gold. I’m not saying it’s easy but they allow themselves to go far, to take risks.

DEADLINE: The series is very different from your genre-led works Raw and Titane?

DUCOURNAU: I don’t need genre or horror to be involved in order for me to relate to a story or a character and to have ideas to portray these emotions. It’s just characters, whether there is genre or not.

DEADLINE: I read that you’re doing a residency in the U.S. with the French Villa Albertine program, what does that involve?

DUCOURNAU: In 2023, I’ll go to SXSW and then afterwards I’m going to New York for three months for the residency

DEADLINE: The blurb on the Villa Albertine website says that you will be investigating the world of skin surgery at the Cedars-Sinai Medical Center in L.A, and meeting with tattoo artists from the NY Empire State Tattoo Expo. Is that still correct?

DUCOURNAU: No, it’s a hospital in New York. The most famous one.

DEADLINE: Can you give a bit more detail?

DUCOURNAU: I can’t talk about it [laughs]. The profile is misleading on purpose. I’m kind of mischievous about this sort of thing. I don’t know if you remember before Cannes, Titane had been finished for quite a few months, but the synopsis I gave to Cannes was the definition of what titanium is. I’m a pain in the arse for that. I never say anything

DEADLINE: Will the residency result in a piece of work?

DUCOURNAU: No. Villa Albertine is a writing residency like Villa Medici in Rome, which I did for Raw. They have various residencies across the U.S. and I chose New York. Basically, it’s for research. I’ll go there [to the hospital], I’ll meet people and I’ll write. I won’t only be spending time at the hospital. There are various other environments I have to explore but it doesn’t mean it [the next film] will take place in New York.

DEADLINE: Going back to Titane, the film was snubbed in France’s César awards earlier this year, after it failed to be nominated in the best film category. It was the first time a French Palme d’Or has not made it into category in the history of the prizes. How did you feel about that?

DUCOURNAU: I didn’t expect anything, which is great because I didn’t want to go up and make a speech on the stage, which is very frightening. Why wasn’t I surprised? Because I know the sorts of films that are normally awarded and Titane didn’t fit the mould at all.

I assumed that for people who didn’t like my film in the first place, the Palme d’Or must have made them irate. I don’t know, it’s just not something that is surprising to me as a French person. I have a bigger fan base in the U.S., for example, which is amazing.

It’s just cultural.  I know my country and its cultural likes and dislikes. The first thing, as you know, is that genre is not very developed in France.

DEADLINE: On that basis, do you think you’ll eventually move into English-language feature filmmaking? Is that an ambition?

DUCOURNAU: It’s not really an ambition as far as career is concerned. It’s really that I feel easy writing in English. it comes very easily to me. There is more action in the English language. It’s more straightforward, it’s a very visual language, which works very well with screenwriting. But with my next project, I don’t know yet. It could go one way or the other but I will definitely at one point write something in English.

DUCOURNAU: Yeah, I have a great team with Neon, honestly. I really like them but again there is a thing for genre, which is so much more rooted in the culture than in France. People ask me less to explain myself, in terms of what I’m doing and why I am doing something in a certain way. That’s nice.

DEADLINE: At the time of Titane’s release in 2021, you talked a lot about the mental and emotional pain you went through to write the screenplay after your 2016 feature debut Raw. Do you think your next film is going to be as tough to get down on the page?

It’s really funny because I was talking with a lot of directors here and I think it’s always the case but some people genuinely dislike it. I find pleasure in this discomfort. I think I have a very masochistic approach to writing. The harder it is, the more pleasurable it is, because you feel you’re really, really going fucking deep in yourself.

DEADLINE: You’ve just directed episodes of The New Look. Did you get a rush of other offers after winning the Palme d’Or for Titane?

DUCOURNAU: Yes, it was already a bit the case with Raw, but to a larger extent. I have a very good agent in France, Valéry Guibal from Film Talents. He filters a lot and prevents me from being overwhelmed. I set my own priorities and my priority now is my next film.

DEADLINE: Do you have a U.S. agent?

DUCOURNAU: For now, no. I think it will come naturally when I have an English-speaking project. Then it would be normal to have an L.A.-based agent.