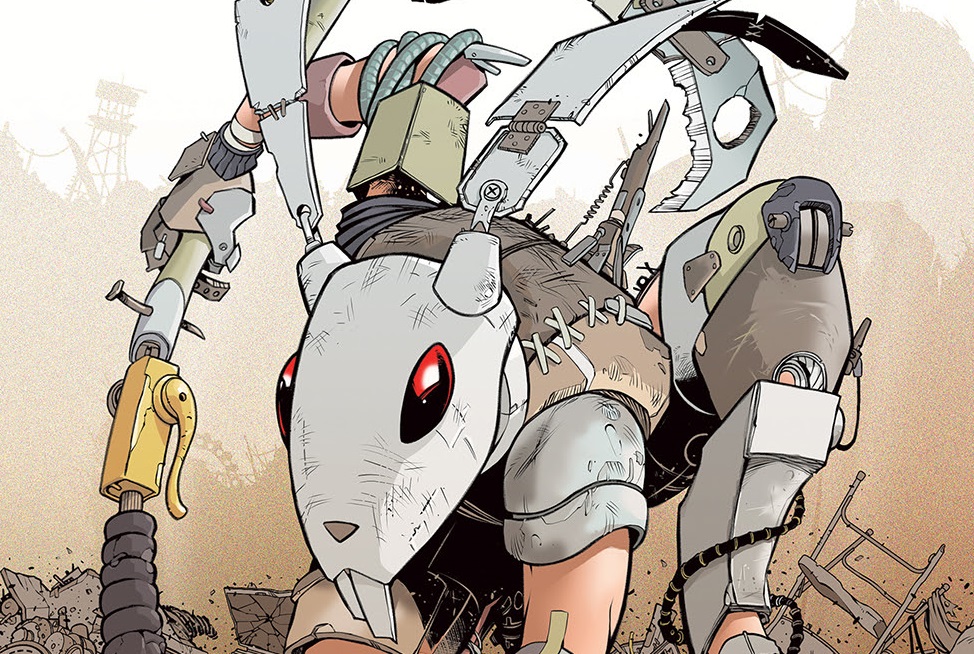 A few months back fan-favorite creator Jimmie Robinson (Bomb Queen) teased an upcoming project on Twitter. Today Image/Shadowline Comics announced details for project entitled Junk Rabbit, a new ongoing series that puts a new spin on a dystopian tale of climate disaster launching in April 2023. No additional members of the creative team were mentioned in the announcement

Here’s how the publisher describes the series:

A new hero rises from heaps of consumer waste, mass homelessness, and devastating climate change. Some call the hero a myth, an urban legend, but others know that it’s the Junk Rabbit come to life—and now it’s on a bloody path of revenge against those who created it.

This new enviro-thriller explores a worst-case-scenario that alters not only our world and the heroes that literally rise from its ashes—but also how one family can change the future by unlocking the secret of the Junk Rabbit.

Robinson elaborated on the concept of the series that has been described as Swamp Thing meets Robocop:

The first issue will have additional variants also drawn by Robinson as well as a blank sketch variant.

Junk Rabbit #1 will arrive at  comic book shops on April 5th, 2023. Below is a preview Image provided for the issue along with the aforementioned variant covers.

Torment: Tides of Numenera – Official Story Trailer
Japan: Fire Emblem Engage dethroned this week and PS5 No.1
Help restore memories and bring peace to the world in Heirs of the Kings
Assemble your team – the turn-based superhero strategy of Capes is coming to console
Nintendo Direct confirmed for tomorrow