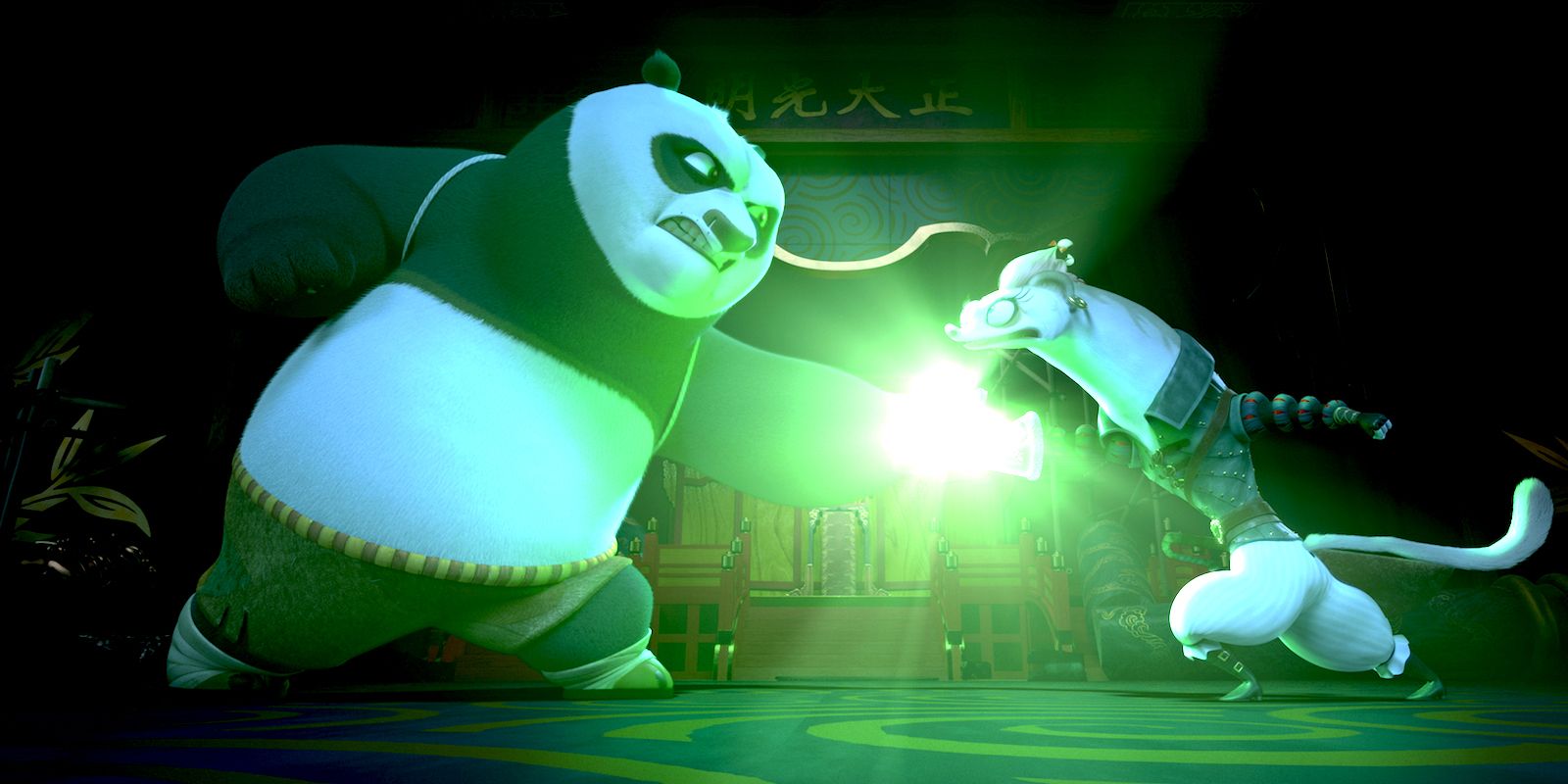 Jack Black will be returning as the voice of one of his most iconic roles in the new Netflix animated series Kung Fu Panda: The Dragon Knight. The Kung Fu Panda franchise began when DreamWorks Animation released the original film in 2008. It followed Po (Black), an enthusiastic but clumsy panda who has a dream of learning kung fu. At first he isn’t accepted by the elite group the Furious Five, who are all trained by Master Shifu (Dustin Hoffman), but his inimitable style proves instrumental in defending their village from the evil Tai Lung (Ian McShane) and Po becomes an unlikely hero.

Kung Fu Panda became an enormous box office success, earning the #6 slot in the top 10 domestic films of the year, right behind Pixar’s Wall-E. Naturally, the film garnered two sequels, which arrived in 2011 and 2016 respectively. In addition to several short films and video games, Kung Fu Panda expanded into two animated series, Nickelodeon’s Kung Fu Panda: Legends of Awesomeness, which ran from 2011 to 2016, and Prime Video’s Kung Fu Panda: The Paws of Destiny, which ran from 2018 to 2019. While both series featured Po as the protagonist, both shows featured voice actor Mick Wingert in the role rather than Jack Black.

Today, Netflix announced that Jack Black would be returning to the role of Po in a brand new animated series. This will mark the first time he has played Po since 2016, in Kung Fu Panda 3 and the short film Kung Fu Panda: Secrets of the Scroll. The series does not yet have an official release date, but Netflix did share a selection of first-look images showing Po on his new adventures, along with the new weasel characters Veruca (Della Saba) and Klaus (Chris Geere). James Hong will also be reprising his role as Po’s father Mr. Ping. Check out the first-look images below:

Kung Fu Panda: The Dragon Knight will open with Klaus and Veruca trying to claim four powerful weapons. This will force Po to leave home once again on a quest around the world along with an English knight named Wandering Blade. The unlikely pair will attempt to get to each of the weapons before the weasels do in order to prevent calamity, and might just bond over the course of their journey.

Black’s return is quite a get for Kung Fu Panda: The Dragon Knight. Although Netflix has a history of releasing animated series tie-ins, like The Boss Baby: Back in Business and The Adventures of Puss in Boots, they usually don’t cast the original celebrities in the lead roles. It is currently unknown if any other members of the original voice cast, which includes Angelina Jolie, David Cross, Seth Rogen, and Jackie Chan, will be returning, but if Black is on board there’s a chance one or more of them will cameo along with James Hong.

Next: Every Kung Fu Panda Movie Ranked From Worst To Best


Next
Which Grass-Type Pokémon Are You, Based On Your Zodiac Sign?

Brennan (he/him) is a senior writer at Screen Rant and a millennial who knows more about 80’s slasher films than he has any right to. A former host of the Attack of the Queerwolf podcast, Brennan has been writing and podcasting about pop culture (especially horror films) for a decade.

Brennan’s interests also include the Muppets, bubblegum pop from around the world, and reading (especially Jane Austen, Agatha Christie, the manga of Junji Ito, and novels of magical realism). His favorite film directors are Wes Craven and Pedro Almodóvar.