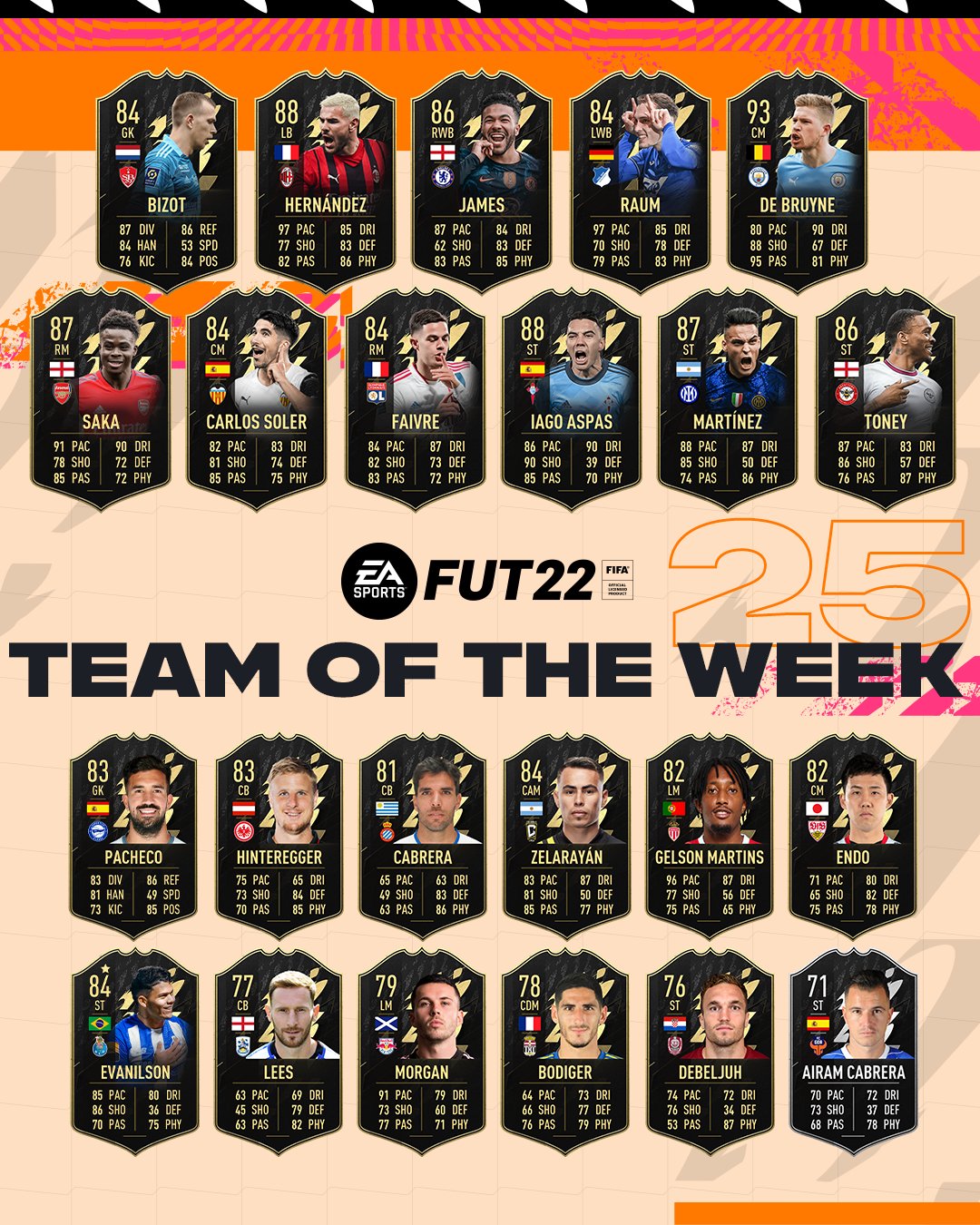 Brentford may have had a cracking start to their first season in the English Premier League, but in recent times, gathering of points has been a bit of a struggle. Thank god for Ivan Toney and his hat trick against Norwich then, sealing the Bees a much needed three points and providing the club with their first ever hat trick in return. It’s that which has found Toney a place in the latest FIFA 22 Team of the Week, as TOTW #25 once again brings together the most in-form of players.

We think it’s the inclusion of Ivan Toney which is the biggest of deals with TOTW #25, but FIFA 22 players this week have the chance to fill out their Ultimate Team squads with a host of Team of the Week stars.

Bukayo Saka is in place, as is Iago Aspas and Brest’s Marco Bizot. There’s enough skill and form there alone to make a decent backbone of a team, but kicking around on the subs bench readying themselves for action are some lesser known players – Tom Lees of Huddersfield and New York Red Bulls’ Lewis Morgan for instance.

The full Starting 11 and Subs Bench of players put together by EA for inclusion in FIFA 22’s Team of the Week #25 are below. You’ll find them available for action from right about now, for the best part of a week.

Let us know who you decide to add into your Ultimate Team squad.

If you haven’t yet got a copy of FIFA 22 on Xbox One, Xbox Series X|S, PS4, PS5, Nintendo Switch or PC, get to it. You’ll find the Xbox Store more than happy to deliver the Xbox download you need.

Many thanks go out to Fifplay for the team and player names.