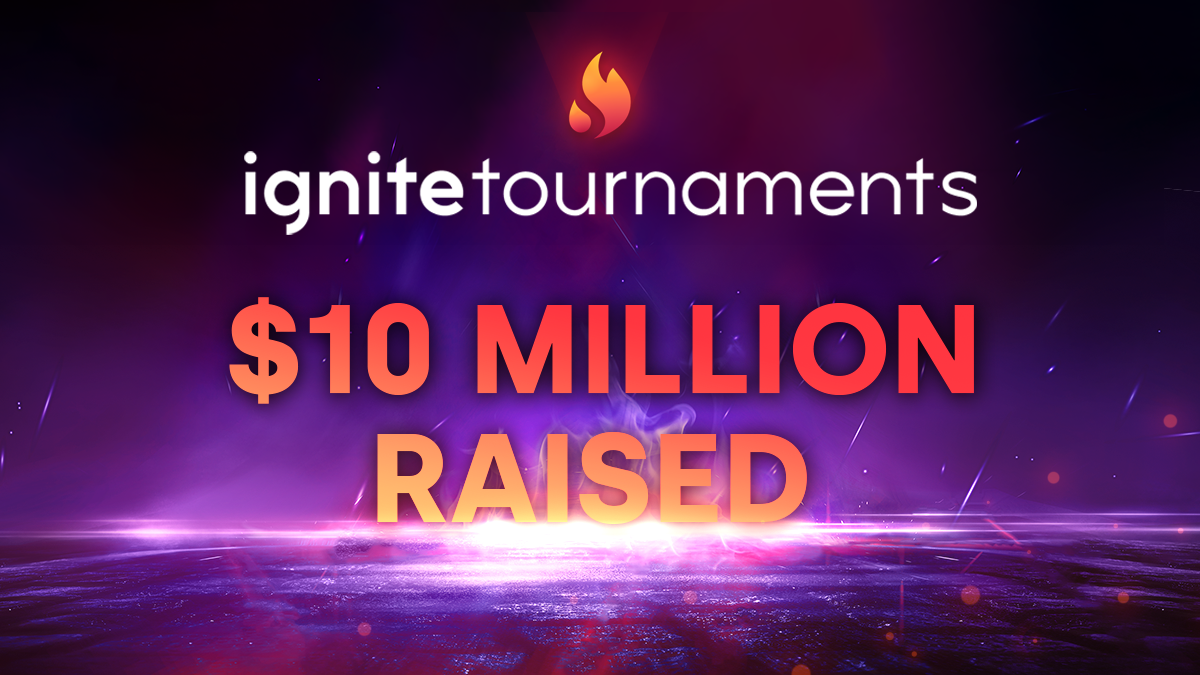 Ignite Tournaments, a play-to-earn esports tournament organiser, announced it has secured $10m (~£ 7.5m) in funding from investors which will be used to improve the company’s infrastructure and operations.

Ignite Tournaments said it will “build the world’s first mobile play-to-earn esports tournament and streaming platform”. The complete investment consists of a $3m (~£2.3m) seed round completed in December 2021 and a $7m (~£5.3m) strategic round closed in February 2022.

Ignite Tournaments is a company specialising in creating platforms for play-to-earn competitive gaming. The company claims it can turn “any mobile game into a play-to-earn game”, and plans to create tournaments that take advantage of this in the future. The payouts for the tournaments come in the form of cryptocurrency and NFTs.

The February round was co-led by Animoca Brands — a prolific investor in the esports-blockchain space — alongside Infinity Ventures Crypto and Moon Holdings Fund.

Thomas Vu, Partner at Moon Holdings Fund and the Former Head of Creative and Franchise at Riot Games, commented: “We are bullish on Ignite Tournaments. When I led multiple strategic efforts at Riot Games, I always thought that a ‘plug-and-play’ tournament would benefit players.

“It was inevitable that someone would build such a platform. I am delighted to see what Krystal and Tony have built, and look forward to supporting them in play-to-earn and traditional gaming.”

Ignite Tournaments also recently partnered with Crypto gaming United, a gaming guild focused on the metaverse. The two companies announced that as part of that partnership, they’d work together to supposedly create “player-owned tournaments” in the metaverse.

Robby Yung, CEO of North American Operations for Animoca Brands, added: “Animoca Brands has built its success by investing in and partnering with projects with strong fundamentals both in and out of the gaming industry. It is under this exciting context that we are eager to both invest in as well as to explore integrating our games with Ignite Tournaments.”

Esports Insider says: Play-to-earn esports is a very new concept, and is currently slowly becoming more mainstream. Still, if Ignite Tournaments can follow through on its sizable claim of being able to make a play-to-earn game out of any mobile title, this could potentially be big for the mobile esports ecosystem. For now, we will have to wait and see.