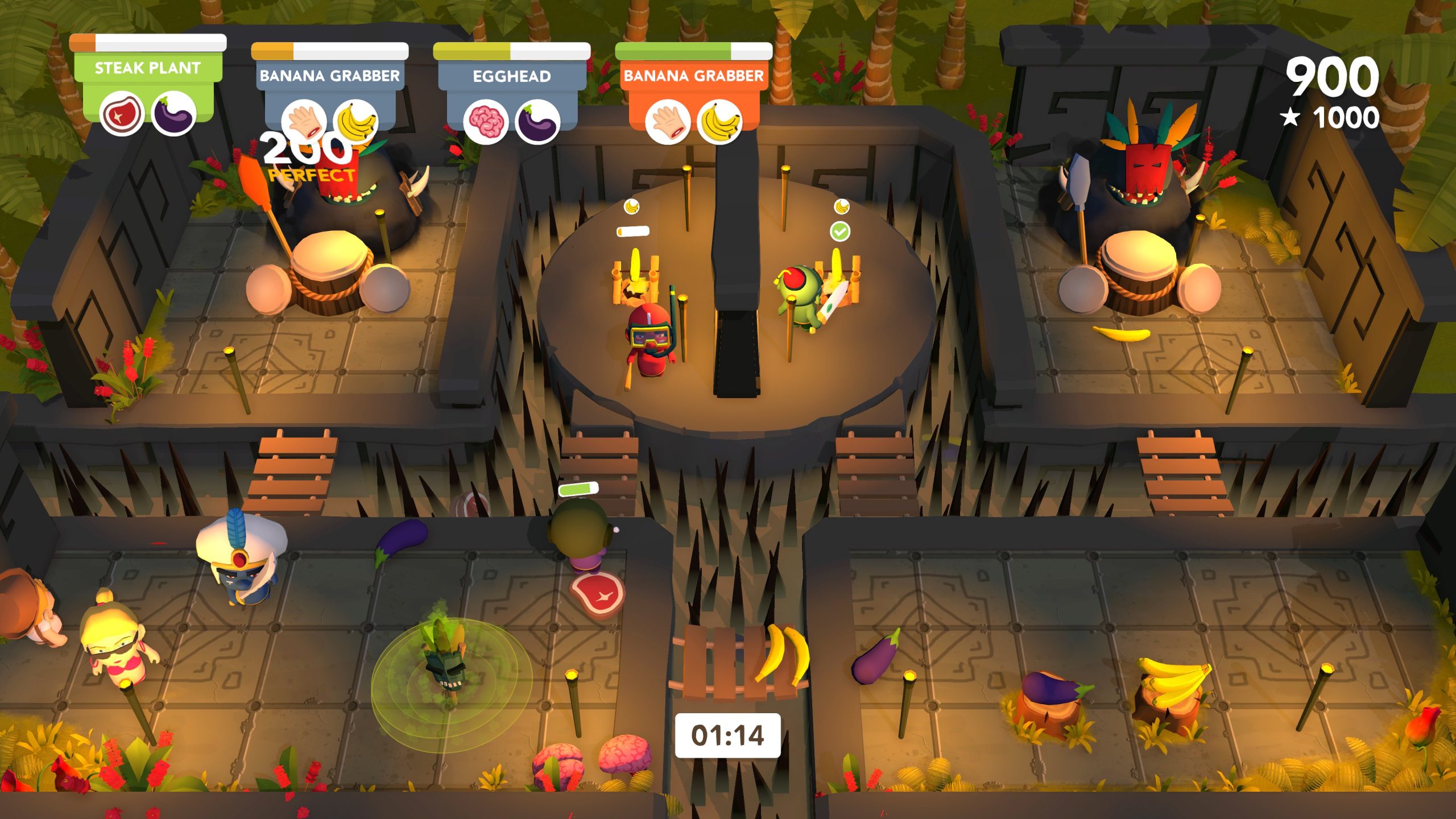 Like it or loathe it, Overcooked! set the template for cooperative cooking mayhem. It may have caused more arguments than adultery but sometimes players needed reminding that you were still working together. But if you want something a bit more competitive along the same lines, here is something for you. Cannibal Cuisine releases today on Xbox and PlayStation.

In an effort to appease the god Hoochooboo, the local tribesmen are serving up some fine delicacies. Namely, human meat from the scores of tourists coming to their land. Serving this unusual source of meat along with veggies and fruits from the local fauna, the tribes can prepare some delicious meals.

Upto four players locally and online can join in the action across the campaign that features over 20 levels. In true fashion, these kitchens are exactly ergonomically created. Expect to be dodging spikes, water, tourists and even other ‘chefs’ all in the name of fine dining.

As well as questionable food preparation, Cannibal Cuisine features a variety of minigames that may or may not have been created by the gods purely for their amusement. Jungle arenas, mazes and races against the Spiky Log of Doom will help change up the intensity from the heat of the kitchen.

Can we interest you in today’s specials? We have a review for you to peruse over that can be found here.

Available to download now, Cannibal Cuisine will cost £10.74 on the Xbox Store. You probably won’t be winning any Michelin stars with human meat on the menu, but you can still have some fun. Just don’t ask us for any help in the comments below; there could have been human meat on the menus after our Overcooked sessions such was the fallouts we had.

The god Hoochooboo is hungry… for you. But serving is better than being served in this co-op cook ’em up! Chop up vegetables, fruits and tourists and serve your divine delicacies in arcade style with up to 4 chefs!