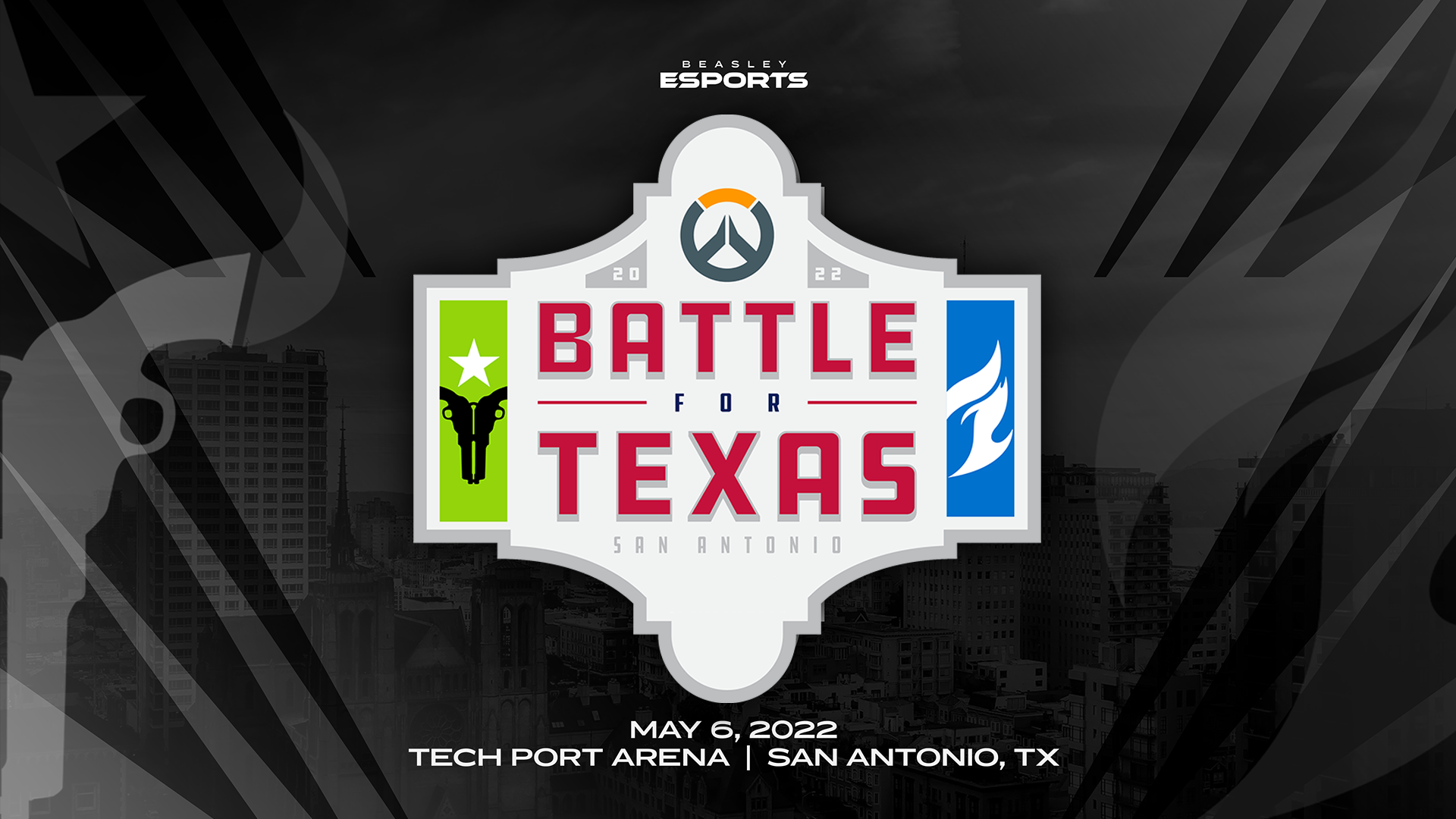 Overwatch League franchise Houston Outlaws, owned by Beasley Esports, has announced it will host the fifth edition of The Battle for Texas Rivalry Overwatch League event.

The season-opening event, which will feature Houston Outlaws against the Dallas Fuel, is set to take place on May 6th at the new Tech Port Arena in San Antonio, Texas.

The hosting team has revealed Texas-based supermarket chain H-E-B Grocery Company as a sponsor for the event.

According to the release, this marks the first in-person Overwatch event in North America since 2020. Moreover, it’s also reportedly the first public Overwatch League match debuting on an early version of the upcoming Overwatch 2.

“Playing our first match of the season at a place as state of the art as the Tech Port Arena against an opponent like the Dallas Fuel honestly is the rallying cry of a newly invigorated generation of esports. The Outlaws are ‘all in’ to win this season.”

Fans in attendance will be able to meet with Houston Outlaws players on-stage after the match, as well as experience sponsored activations, catering and merchandise.

Tickets for the event are available at the Houston Outlaws’s website starting at $29.99 (~£22.76). The match will be broadcast live on the official Overwatch League YouTube channel.

Mike Rufail, Owner and Chief Gaming Officer at Envy Gaming, commented: “Dallas and Houston have the best rivalry in the Overwatch League, and this is a great way to start the season.

“We look forward to seeing the Dallas Fuel fans join our players as we come to San Antonio for the opening weekend match.”

Esports Insider says: The Overwatch community is, without doubt, thrilled to finally see an in-person Overwatch event. Moreover, after two seasons of Overwatch League running on the provisional tournament format, Activision Blizzard is finally able to utilize the planned home-and-away format for its 20 franchises, similar to the Call of Duty League. As the first OWL season to feature the homestand format, it will be a test of the league’s sustainability.