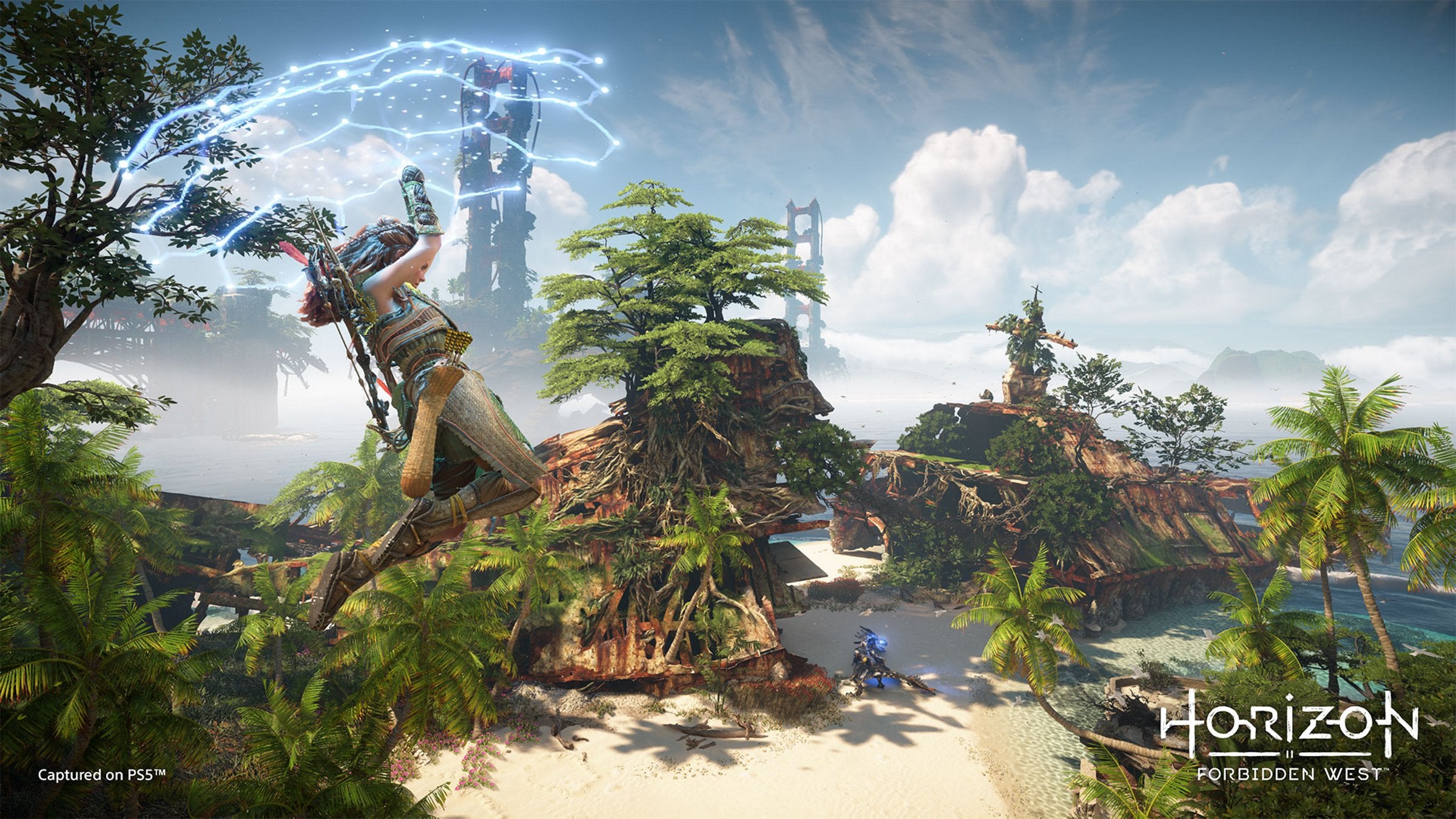 While plenty of things have been addressed with the patch, there are still a few the team is looking into. This includes continued tweaks to the reported graphical issues regarding shimmering, sharpening and screen saturation.

There’s also a really specific one where some players have reported multiple issues with various types of traversal after fast traveling to campfires while gliding inside of a tornado.

The team is also looking into an issue with receiving the reward after completing the Black Box Collectibles activity.

When it comes to quests, we won’t post those notes here as they may contain spoliers, so just note that seven main quests, four World Activities, and six side quests have had issues addressed.

Other fixes include an issue where the Machine Strike UI would briefly flicker at the end of a game; multiple crash fixes have been applied; multiple performance and streaming improvements were made to cinematics; the team removed multiple unintentional loading screens and black screens, and multiple instances of streaming and visual popping were taken care of.

Guerrilla made several improvements to NPCs’ movement and animations in settlements, made it easier to tag individual components when using motion aiming and scanning machines, and potions or tools that don’t fit in your toolbelt anymore will now be moved to the stash.

Several balancing changes were made to weapons and enemies, several instances where Aloy could get stuck in geometry were addressed, a fix for the mount call sometimes causing the flying mount to be spawned in undesirable positions and in rare cases be unreachable was applied, and several datapoints located in areas you could not return to are now automatically unlocked upon leaving that space.

Instances of specific music tracks getting stuck and repeating should no longer be an issue.

You can look over the full set of notes for patch 1.08 at the link.