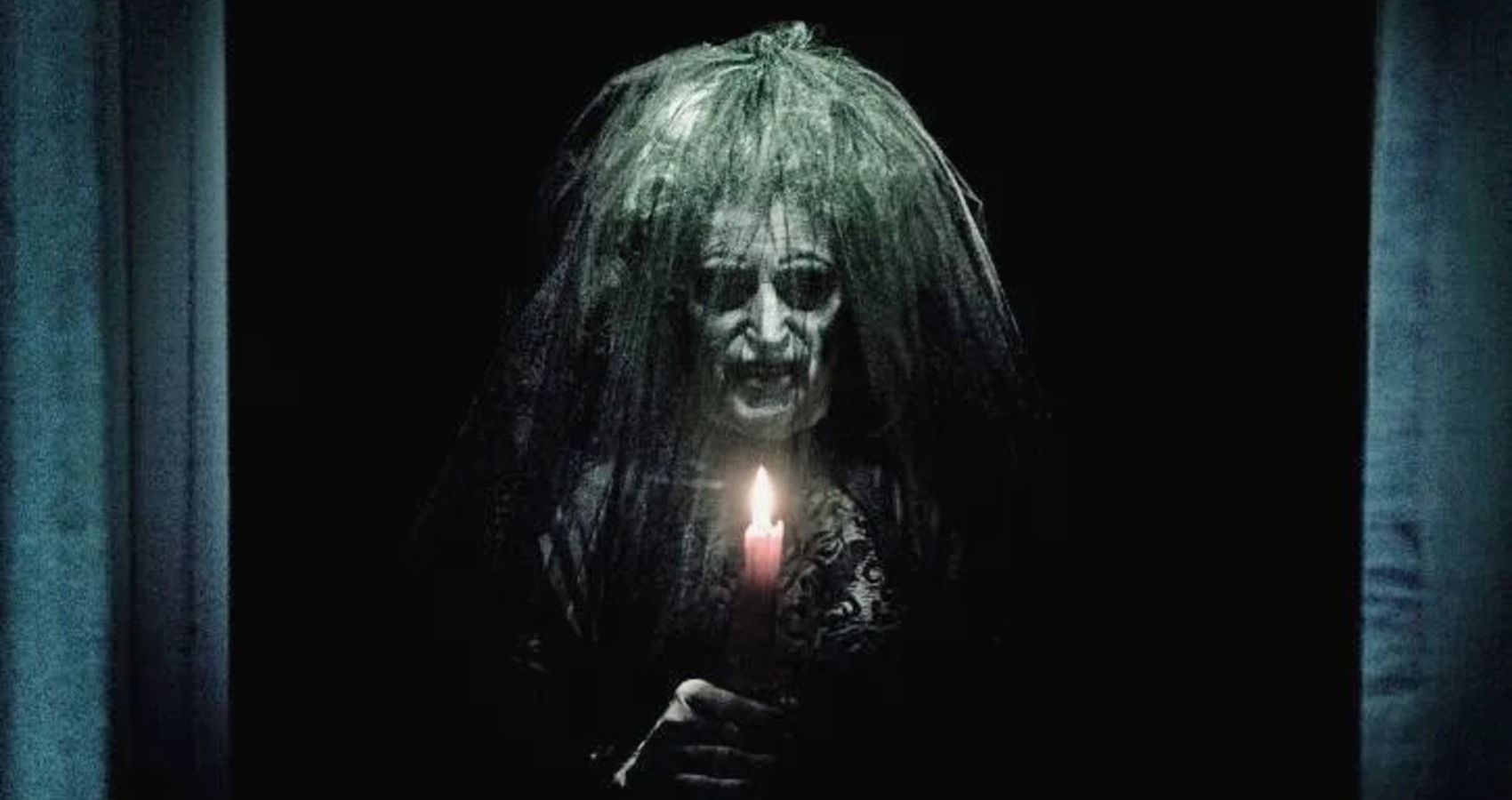 Scary movies rely on the fear of the unknown, and the mere thought of what lurks between the shadows is usually worse than anything one could conjure in their minds. Therefore, ghosts are the perfect antagonist to linger in the darkness, revealing enough of themselves to scare but allowing imagination to create the rest of their power and fright. Elusive and unpredictable, these spirits of the dead are often fueled by an unbridled purpose that causes them to become a threat to the living, and a source of entertaining terror in films.

Through the many decades of ghostly movies, the quality of the productions have varied from a horrifying masterpiece to cliché and unrealistic. However, the high expectations that audiences have now given to scary movies after the onslaught of ‘elevated horror’ has led to the release of more and more chilling tales that contain an unsettling authenticity. Rather than just relying on scares, many of these movies hold a deep psychological aspect that stays in ones mind for years to come; they are, in a sense, haunting. Therefore, let’s look at just some of the scariest movies about ghosts that are guaranteed to give you a shock.

Many asylum seekers feel forced to forget their identity, however, this Netflix horror film about the migrant experience is unforgettable. Starring Wunmi Mosaku, Sope Dirisu, and Matt Smith, His House follows the struggle of a South Sudanese couple adjusting to life in England, while also dealing with an unknown force that lurks within their home. Initially burying the traumas of their past, the ghosts of the couple’s memories soon break through the walls, overtaking the house and eventually their minds. Driven to madness, Bol and Rial (Mosaku and Dirisu) ultimately have no choice but to confront their suppressed memories, allowing themselves to finally feel the guilt over those that did not survive the rough journey across the sea.

Therefore, instead of dismissing their existence, those who were left behind are now given a voice, along with the thousands of migrants around the world whose stories have been side-lined. While His House contains many jump scares that would put anyone on edge, the real horror comes from witnessing the first-hand refugee experience that is full of injustice and discrimination. This film serves as an educational but entertaining insight into the fight the migrants endure to find a new beginning.

The outside world can be scary, but sometimes what exists inside the mind is even worse. Starring Patrick Wilson and Rose Byrne, Insidious tells the story of a couple whose son enters a comatose state and into an astral world named The Further, and becomes a vessel for a variety of malevolent entities. Tormented by the tortured souls who seek to break free from this sphere, there is a race against time as Josh (Wilson) fights to return his son to the real world before the evil spirits possess him.

In a break from the typical narrative of ghosts invading the land of the living, Insidious ventures into the unpredictable territory of the dead and produces the unsettling fear of being trapped in a realm where evil maintains the upper hand. Containing heart-stopping jump scares and shocking twists, this movie ends on a frightening cliffhanger that spawned an Insidious sequel in 2013, as well as the two prequels Insidious Chapter 3 and The Last Key.

Based on a real life case, Patrick Wilson and Vera Farmiga star as paranormal investigators Ed and Lorraine Warren, who aid a family in Enfield experiencing poltergeist activity. Holding even more chilling frights than its 2013 predecessor, The Conjuring 2 unravels the mystery of a demonic force known as the Nun, who terrorizes the family to the brink of insanity. The elusive nature of this demon causes its presence to become more petrifying as the movie progresses, allowing its erratic actions to create scares that cause one to jump out of their skin.

Between Lorraine’s ominous visions and the constant threat of possession, this supernatural horror film grips audiences until the last moment when the demon is finally cast back to hell. However, as is constantly seen in the frightening realm of the Conjuring universe, evil spirits do not stay silent for long and this demon returned to wreak havoc again with the release of The Nun in 2018.

RELATED: Here’s What to Watch on Netflix if You’re Bored of the Same Old Scary Movies

Ghost stories are twisted enough, but The Others takes it to a different level. The movie stars Nicole Kidman as Grace, a religious mother during World War II, who slowly loses her mind as a supernatural presence begins to haunt her house. As mental health issues creep through the cracks, this film questions who can be trusted when reality and the imagination start to entwine. The gradual increase in paranormal occurrences form a constant sense of impending doom, and Grace’s initial fight to protect her family turns into attacks against them as the mystery starts to reveal who the “others” really are in a brilliantly shocking turn. The Others set the standard for psychological horror going into this century, so it was no surprise that it became BAFTA nominated, a rare occurrence for a horror.

Haunted by tragedy, Hereditary follows a family who turn to supernatural intervention to deal with grief, only to uncover dark secrets along the way. Starring Toni Collette and Alex Wolff, this psychological horror contains a mind-bending plot full of spirits, possession, and cults that destroys a household clinging to hope, and instead uses them as a catalyst for a demon-king to walk the earth. As the paranormal begins to warp reality, the family loses a grip on their minds.

This Alfred Hitchcock classic reveals that ghosts do not need to be physical to haunt us. Starring the Oscar-winning Laurence Olivier and Joan Fontaine, this gothic tale follows the life of a newly married woman who is taunted by the memory of her husband’s deceased wife, Rebecca. While Rebecca herself is never seen in the movie, her strong presence stains the lives of those she once knew, like the bitter housemaid, Mrs Danvers, and even stakes a claim on Manderley, the house she once inhabited. Therefore, jump scares in this film would be redundant, as Rebecca’s presence itself is an inescapable and constant tormentor.

Mrs Danvers represents her physically, and sabotages the relationship between the narrator and her husband. Similarly, Manderley stays the same, filled with Rebecca’s personality and serving as a reminder to the narrator that she will never live up to the former woman. Ultimately, it is only after the couple confront Rebecca’s control over them that they are finally released from her grip, conveying that the ghost which is the past can never be evaded for too long until it is dealt with and let go of.

RELATED: Explained: Why We Love Stories Set in Haunted Houses

While films like Krampus feature severe punishment those who fail to appreciate Christmas, A Christmas Carol encourages self-reflection. Based on the Charles Dickens novella of the same name and made into countless Christmas adaptations, this 1999 edition stars Patrick Stewart as one of the best versions of Ebenezer Scrooge, an unpleasant old man who is despised by all. In an attempt to change his ways, Scrooge is visited by three ghosts who all present him with different stages of his life and the dire effects of his greedy actions.

Although the ghosts themselves are intimidating, the real fear comes from one having to view themselves from an outer perspective. The spirits urge Scrooge to look beyond himself and, for the first time in decades, he has some self-awareness and is confronted with the bitter man he has grown into, and has no choice but to hold himself accountable for his actions. This festive movie provokes the thought of how much our past impacts the future and can compel us to appreciate life, or otherwise face the consequence of losing those around you. Scrooge is granted a second chance, but we might not be so lucky. Sometimes, ghosts are necessary.

The Rookie: Feds Season 1 Episode 2 Review: Face Off
Crystal Dynamics surveying players asking about the future of Legacy of Kain
Billy Eichner Responds After Bros Underperforms In Its Opening Weekend
Xbox, Doritos, and Rockstar Energy Drink Give Away Game Pass, Prizes, and DLC
A Tolkien Nerd’s Rings of Power Recap Ep. 7: Where is the design?