Hello, Neighbors, and welcome back to town! We’ve missed you.

Today is the day. For those brave enough to pre-order Hello Neighbor 2’s Deluxe Edition, you can jump in now and begin your investigation into the strange and twisted town of Raven Brooks ahead of the crowd on December 6. Put on your best reporter’s cap, finish your fifth coffee, and get ready to stake out the movers and shakers in the neighborhood. Everyone’s hiding something, and all clues point to the infamous and reclusive Mr. Peterson.

A Whole Town of Trouble

Hello Neighbor was a story of personal curiosity. Your neighbor (local architect and inventor Mr. Peterson) had been building something strange at night. Playing as local snoop Nicky Roth, you delved into the mysteries of the Peterson house one night at a time, picking apart his personal secrets, especially what he was keeping down in this basement…

In Hello Neighbor 2, this is now a professional problem. As overcaffeinated reporter Quentin, you’re out to crack this town’s many missing person’s cases, Nicky Roth amongst them. You’ll begin at the old Peterson house (patrolled by the local police) but your instincts say that this case will need you to hit the streets and infiltrate the homes of the town’s most trusted figures. Could the reclusive taxidermist be up to something? Gerda, the local baker? Could this conspiracy go as high up as the mayor!? There’s a scoop here, and you’re not stopping until you have it… Or it has you.

The Deluxe Edition: For the Investigator Who has to Know It All

Hello Neighbor 2 launches on December 6, but those pre-ordering the Deluxe Edition can start immediately. Better yet, at launch, Deluxe Edition owners receive three pieces of DLC, including one powerful snooping tool (the remote controlled Hello-Copter, letting you safely surveil suspects at range and pilfer items with its retractable grappling claw) and two massive side-missions: Back To School and Late Fees.

In Back To School, Quentin investigates the sprawling Raven Brooks Middle School for clues. With no sign of students, there’s clearly something strange happening here, but to crack the case you’ll have to avoid the gaze of the old groundskeeper and his loyal pack of dogs as they patrol its halls. Will this trip to school be an educational expedition, or a lesson in pain?

Late Fees leads Quentin to the local library, a strange, crumbling building with its own set of secrets. Unlike the other townsfolk you’ll meet, the Librarian doesn’t mind you wandering the grounds, but she’ll spring into action if you make too much noise, or disturb even a single shelf. Solve this case and you’ll be in the town’s history books. Fail, and you’ll be the one checked out.

Get your best snooping shoes on – it’s time to get sneaky, and learn what’s happening in Raven Brooks. It’ll take smarts to crack the puzzles sealing the town’s doors, and no shortage of speed and intuition to outrun and evade the ornery locals. Each opponent you’ll face has a unique AI personality, but all of them have one thing in common: They really don’t want you snooping around. Will you find where Mr. Peterson is hiding out, cracking the case? Or will you end up as another face on a missing person poster?

Hello Neighbor 2 hits Xbox Series X|S and Xbox One on December 6, with the regular version coming to Game Pass on day one. Pre-ordering the Deluxe Edition lets you start playing now, complete with the DLC missions and Hello-Copter.

See you around the neighborhood! 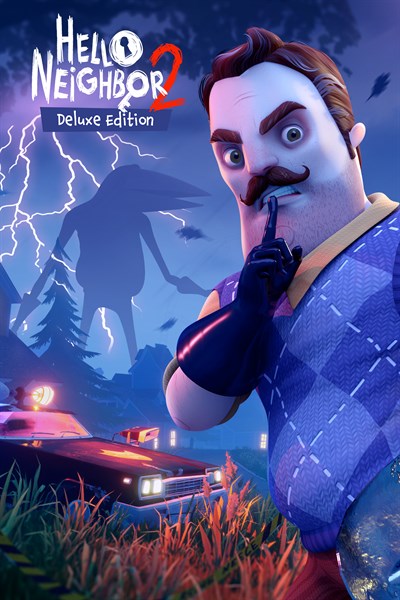 ☆☆☆☆☆
3
★★★★★
Pre-order now Hello Neighbor 2 and receive exclusive instant access to the Hello Neighbor 2 Beta experience. With your pre-order of the Deluxe Edition you also get 5 days of Early Access to the game prior to its release and three DLCs coming to your consoles at release. 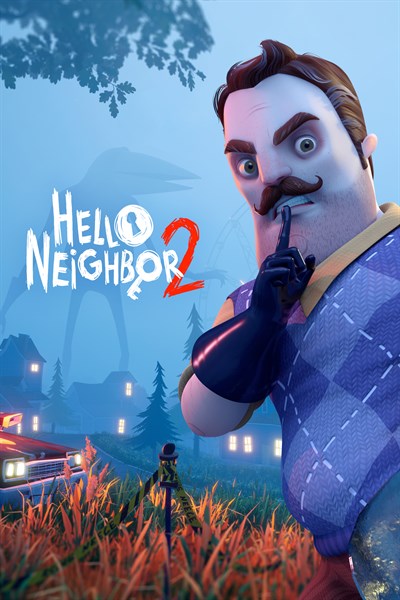 ☆☆☆☆☆
★★★★★
Pre-order now any edition of Hello Neighbor 2 and receive exclusive instant access to the Hello Neighbor 2 Beta experience.
This article was originally published by Xbox.com. Read the original article here.

Armie Hammer Rape Accuser Fires Back At His Attempted Suicide Claims
Paul Rudd Revealed The Secret To His Ageless Appearance, And I’m Taking Notes
16 great Steam Next Fest demos to play first this February
Debtor: Enhanced Edition is like a fever dream for debt collecting
Fox Corp. Ad Revenue Climbs 4% In A Tough Quarter, Boosted By NFL And World Cup