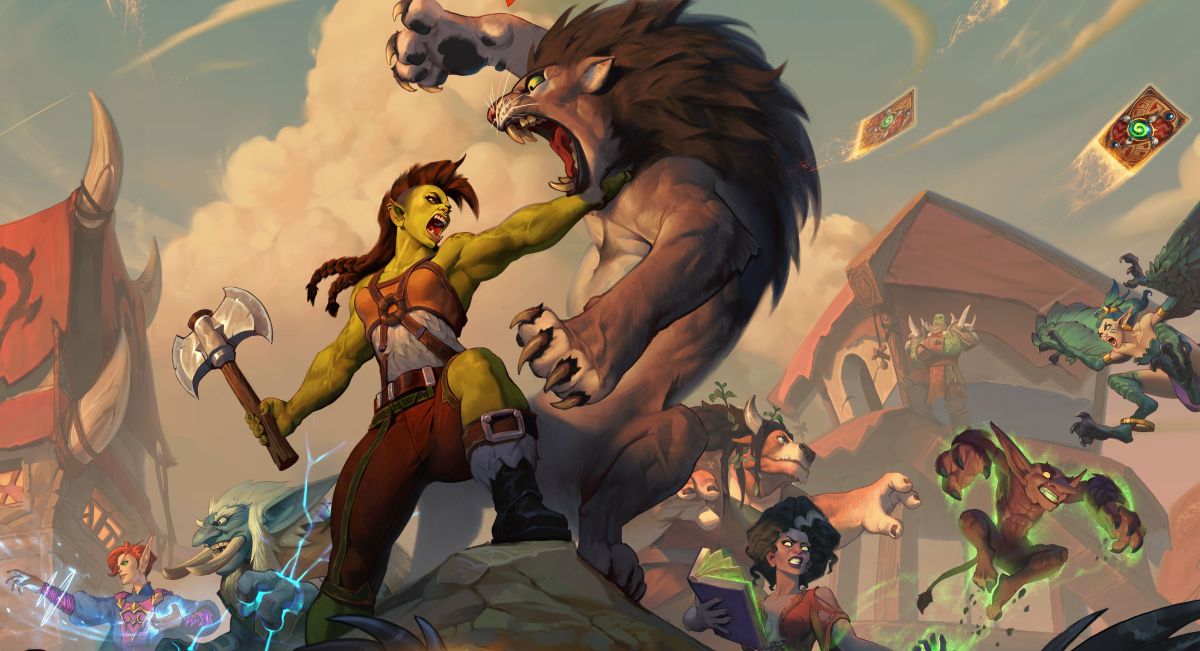 In this week’s episode of the Coin Concede podcast, Hearthstone game director Ben Lee announced he is leaving the team to work on a different, unannounced project within Blizzard. Lee also outlined a host of changes players can expect to see from Hearthstone in 2022.

Lee has been Hearthstone’s game director since the end of 2018, during which time he has overseen a slew of major changes to the long-running CCG, including the implementation of Hearthstone’s “Rewards Track” season pass system. While initially met with fury over perceived reductions in player rewards, following some tweaking the Rewards Track is now a broadly-accepted part of Hearthstone.

Lee’s tenure as director also included the introduction of the Demon Hunter class, and his time leading the team was characterized by a more regular pace of balance updates and increased responsiveness to player feedback. Less successfully, following its troubled announcement, the Mercenaries mode has widely been deemed a whiff. On the business side, new forms of monetization have also ramped up substantially, with cosmetics being added to the main modes—Standard and Battlegrounds—at a bewildering rate.

While not certain, many in the Hearthstone community believe that Lee has joined the same unannounced project as fellow Hearthstone vets Mike Donais and Peter Whalen. Given these developers’ expertise, it would be reasonable to assume that this upcoming game will offer hybrid CCG-RPG gameplay akin to Hearthstone. Hearthstone content creator, RegisKillbin, speculates that it may even be a CCG-roguelike, a Blizzard take on Slay the Spire.

As an aside, Blizzard has a different ‘unannounced’ game in the works, except that it actually has been announced: The studio is working on a survival game currently only known as “Unannounced Survival Game.” Those working on the survival project have identified themselves, though, so if Lee were making a leap to a new genre, he probably would’ve just said so.

The interview also contained quite a few tidbits about Hearthstone’s past and future, including the tantalizing reveal that this year’s expansion was almost cooking show-themed. That didn’t happen, but Lee did mention that Hearthstone will receive multiple new card types in the coming year, stating: “One of the most exciting things about the coming, unnamed year, is that there’s actually a bunch of new card types that we’ve been experimenting with that are really interesting and fun.”

Unsurprisingly, he didn’t offer any detail beyond that, but Lee did expand a bit on the team’s thinking: “We wanted to try some really interesting stuff to push Standard in a little bit of a different direction with some new interesting takes on card types, so hopefully players enjoy those and we look forward to hearing what they think.”

Until now, Hearthstone has only had four card types, with the newest, heroes, having been introduced all the way back in 2017. The introduction of multiple new types in the same year would likely have a substantial effect on the way the game is played.

Despite its age, Lee also noted that Hearthstone continues to maintain a huge player base and makes more money than many AAA games, despite a backdrop of serious and shocking allegations concerning endemic workplace harassment at Blizzard that surfaced last year.