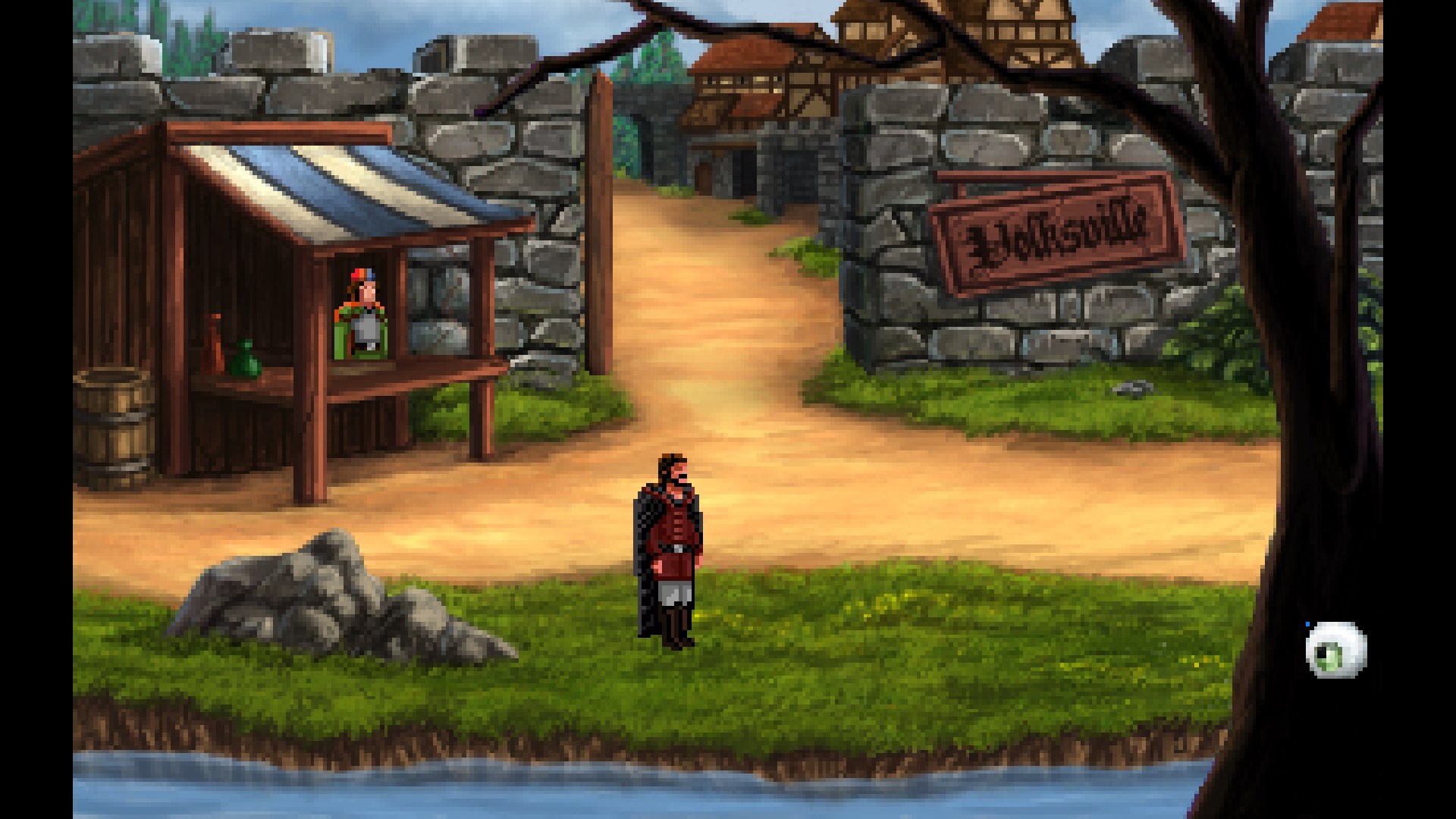 We’re surprised if a week goes by when the Ratalaika Games team don’t push out a cheap and cheerful gaming experience. These usual come in the form of Visual Novels, or quirky little platformers that are over in an hour. Today though the Ratalaika squad are upping their game – and their usual price point – by sending players off on a Quest for Infamy.

Available to purchase and download on Xbox One, Xbox Series X|S, PS4, PS5 and Nintendo Switch (with full next-gen optimisation for PS5 and Series X|S), Quest of Infamy was originally put together by those at Infamous Quests, before Ratalaika helped push it out to consoleland.

Priced at £9.99 – a cheap price in itself, but fairly hefty for a Ratalaika title – Quest for Infamy is a classic fantasy adventure RPG in which players are given the opportunity to return to the glory days of the role-player. It’s a game that covers plenty of angles though and alongside those role-playing elements and tons of adventure is a host of humour, some turn-based combat, glorious spell-casting and the chance to test your mind with some serious puzzles.

It has you playing as one of three different characters – a brigand, rogue or sorcerer – each of which comes with their own storylines and quests to follow. Whoever you play as though, you can be sure that Quest for Infamy will deliver trap-infested dungeons, battles with the most deadly of beasts and the chance to steal a ton of treasure.

Powered by a highly detailed pixel art world, upwards of 200 different rooms and more than 50 NPCs, should you be looking to head out on a new adventure, one that will let you create your own spells and dictate your own route in life, it’s possibly going to be an idea to take in this Quest for Infamy.

Our full review will be live going forward, but you’ll be able to get access to Quest of Infamy for yourself by visiting the digital store of your choice – the Xbox Store, the PlayStation Store or the Nintendo eShop.

Return to the glory days of role-playing and adventure with this humor-filled epic fantasy, styled in the vein of classic RPGs, where you play the charming villain. Blending turn-based combat and spell casting with puzzle solving and adventure, players can choose from three character classes—brigand, rogue, or sorcerer, each with unique storylines and adventures. Explore a world of wonder, as you wind your way through trap-infested dungeons, battle slavering beasts with swords or custom-made spells, and steal entire town’s worth of treasure from unsuspecting townsfolk. Being bad has never felt so good!