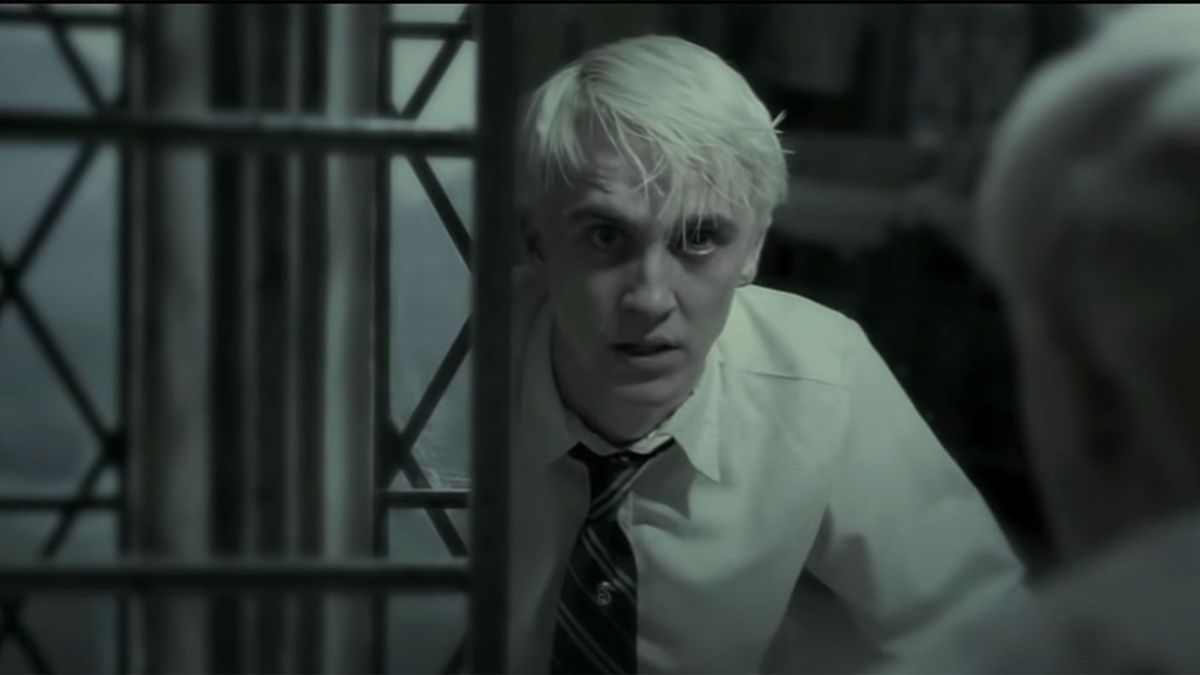 Tom Felton recently published a memoir detailing his experience within the Harry Potter franchise, titled Beyond the Wand: The Magic and Mayhem of Growing Up a Wizard. While promoting his new book, the Draco Malfoy actor has given fans some insight into what is in store for readers. He shared a funny story about an awkward interaction with the late, great Alan Rickman, and some serious details about his struggle with addiction. Recently the Harry Potter alum shared a paragraph from the book where compared his own family to the Malfoys, prompting one excellent fan response.

Felton posted a picture on Instagram from the memoir where he said that his own family was much different from the Malfoy family that his character, Draco, was a part of. While the Malfoys were cold, distant, and treat their son very poorly, his own family was a lot more tight knit and friendly. You can check out the excerpt he shared below:

One fan noticed while Felton’s own upbringing was dissimilar to his character’s, it emulated another Harry Potter family at the center of the wizarding tale. The fan commented:

For context the Weasleys are the warm and welcoming family of Ron Weasley, Harry Potter’s best friend. While the family is lower class, they provide their family of 9 with lots of love and compassion, and become the wholesome family that Harry never had. The Malfoys on the other hand are upper class and are involved in dark magic. Felton’s character Draco tends to bully the Weasley family for their class. While Felton clearly relates more to a different character’s upbringing than his own, it never showed and the actor was the perfect person to portray Draco throughout the series.

Tom Felton anecdotally had a lot of family to support him throughout his Potter experience, and a lot of cast member support too. He has stated that he sees Daniel Radcliffe as a brother. In addition, his close relationship with Emma Watson has also been well documented, along with their consistent love for each other. It was Watson who encouraged Felton to tell his story and pen his memoir. It seems like the actor had a lot of love and warmth around him, even if his character Draco did not.

You can purchase Beyond the Wand: The Magic and Mayhem of Growing Up a Wizard on Amazon (opens in new tab), or at a bookstore near you. In addition, you can hear the Harry Potter cast detail even more stories about their on-set experience in Harry Potter 20th Anniversary: Return to Hogwarts, a special currently streaming for HBO Max subscribers. For more information on other projects coming to streaming this year, make sure to check out our 2022 movie release schedule.