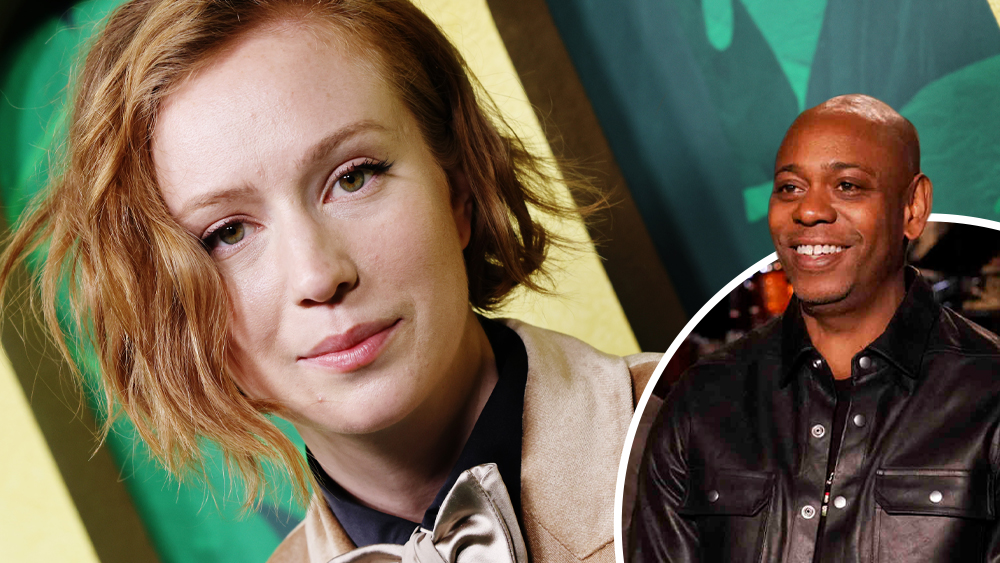 Hacks star Hannah Einbinder is the latest to weigh in on Dave Chappelle’s now-infamous monologue from Saturday’s installment of Saturday Night Live. While NBC remains mum on the fallout from the comedian’s appearance, Einbinder took to social media to acknowledge that “yeah, the Chappelle monologue was littered with antisemitism” and added he “did it masterfully.”

“He used a genius technique: two truths and a lie,” the two-time Emmy nominee wrote on her Instagram story. “What I mean by that is, bigoted people will often couch their bigotry in a degree of truth. They’ll tell you two great things, and then they slip the lie in, because they’ve earned your trust with the two great things they’ve told you. So, in his case, the ‘truth’ is good jokes. He had some solid jokes in that set. Ones I laughed at. The laughter allowed for people to miss the reemphasis of conspiracy he sprinkled in. No one who laughs at the solid jokes would be willing to admit that there was antisemitism in that monologue, because that admission would then qualify them as complicit. No one wants to feel like a bad person. The fact is: non Jews aren’t as keenly aware of antisemitic ideas, tropes, verbiage etc. Most people just missed these ideas all together, and only remember that they laughed. So when Jews say hey, there was antisemitism in there, folks go, ‘you’re too sensitive. Learn to take a joke.’ Because no one wants to feel they’re bad people, they gaslight Jews by telling us that we are imagining things.”

“The danger here is that Dave Chappelle, and every other male comedian who believes that their amplification of bigotry is just freedom of speech, are seen as tellers of hard truths, and thus anyone who criticizes them are seen as snowflakes,” she continues. “I invite you to reframe the narrative. These men who pick on marginalized groups are establishment bullies reinforcing the status quo — not at all the job of a comedian. It is the people who speak out *against* them who are the truth tellers.”

Einbinder plays Jean Smart’s writing partner in Hacks, which is produced by Universal Television, a division of NBCU and sister company of NBC, which airs Saturday Night Live. The Emmy-winning comedy airs on HBO Max.

Chappelle’s monologue on Nov. 12 included commentary on Kanye West, Brooklyn Nets guard Kyrie Irving, and antisemitism. He drew the ire of the Anti-Defamation League, whose national director wrote on social media: “We shouldn’t expect @DaveChappelle to serve as society’s moral compass, but disturbing to see @nbcsnl not just normalize but popularize #antisemitism,” wrote ADL’s Jonathan Greenblatt. “Why are Jewish sensitivities denied or diminished at almost every turn? Why does our trauma trigger applause?”

On Tuesday, Jon Stewart addressed Chappelle’s monologue by telling Stephen Colbert, “I don’t believe censorship and penalties are the way to end antisemitism.”

“Dave said something in the SNL monologue that I thought was constructive as well which is ‘It shouldn’t be this hard to talk about things.’ And that is what we’re talking about,” Stewart said on The Late Show. “Penalizing somebody for having a thought I don’t think is the way to change their minds or gain understanding. I’m afraid that the general tenor of conversation in this country is cover it up, bury it, put it to the outskirts and don’t deal with it.”