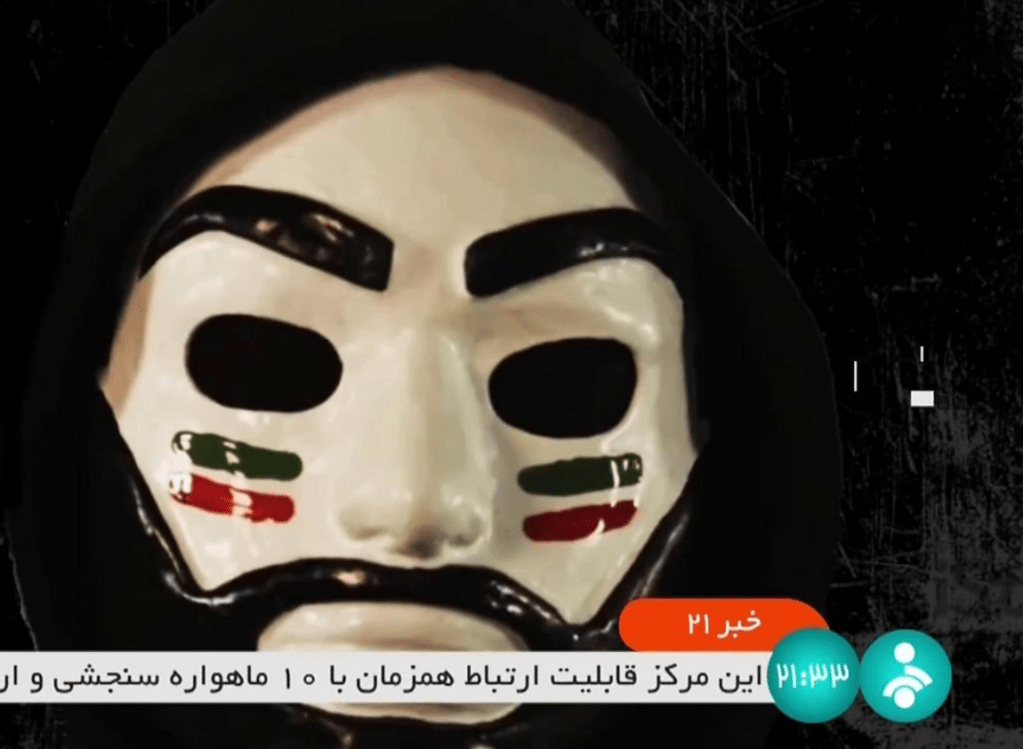 The state broadcaster of Iran appeared to be hacked on air this weekend, including a news bulletin being interrupted with a protest.

On screen, the news was interrupted for a few seconds at 1800 local time by the image of a mask, followed by a depiction of Supreme Leader Ali Khamenei with a target on his head, plus flames around him.

The BBC reported that one of the captions, created by a group calling itself “Adalat Ali” (“Ali’s Justice”) read “join us and rise up,” while another said “our youths’ blood is dripping off your paws.”

The hack follows weeks of protests in Iran, following the death in police custody of Mahsa Amini – a 22-year-old woman arrested for allegedly wearing her hijab improperly.

Her death on September 16 sparked protests across Iran, rare in the country where the Ayatollah has long held firm control, but showing no sign of going away, despite more than 150 reported deaths.

There were fresh eruptions this weekend after the country’s Forensic Medicine Organisation announced that Amini had died from “multiple organi failure caused by cerebral hypoxia” – and not blows to the head that had been reported in an earlier post-mortem.