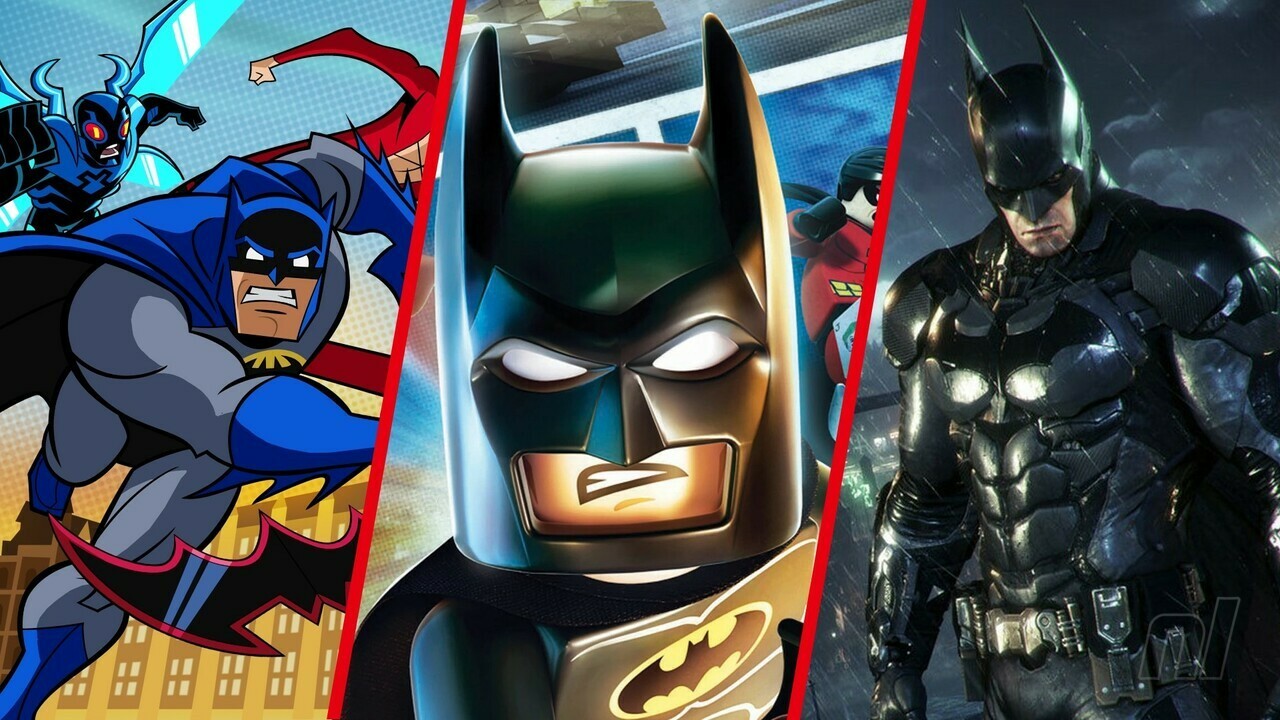 Ah, Batman. The superhero that could easily solve a ton of the problems in Gotham just by redistributing a little bit of his billions in wealth, but instead chose to construct a giant man-cave full of gadgets and wear a cape to fight ludicrously silly crimes. We bloody love it.

And, since there’s a new Batman movie out, with a brand-new man in the Batman bat-cape (Robert Pattinson), what better time could there be to rank every Bat-game on Nintendo systems?

Much like our list of every Spider-Man game, this here list is designed to celebrate the Batman by rating every single one of his games, from his Batman Begin-nings on the NES to his Batman Return-ings on the Switch, and every LEGO Batman, cartoon Batman, and gritty reboot Batman between. 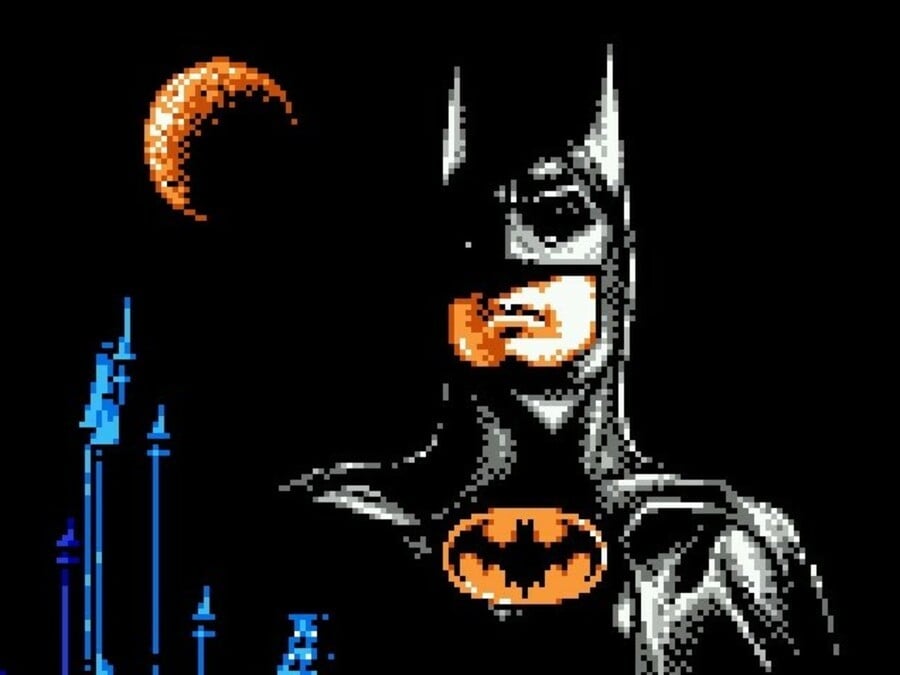 The ranking will be done through each game’s user rating on the site, which means that you can be the world’s greatest detective by figuring out which games you enjoyed the most, and giving them a resounding 10/10 (or an 8 or a 9 — they’re fine scores, too!), or you can be the caped crusader against bad games and give a bat-thumbs-down to the worst of them.

And yes, much like the Spider-Man games, the best Batmans are often found on the more powerful consoles of Sony and Microsoft… but that doesn’t mean we haven’t got a few bat-bangers of our own (although let’s keep our fingers crossed that the Arkham Trilogy for Switch rumour is accurate). In fact, we’ve got 36 games to get through!

So, grab your Robins and your Alfreds and let’s take a look at the Best Batman Games ever to grace Nintendo systems…

Note: Remember that ranking here is updated in real time according the each game’s corresponding User Rating in the Nintendo Life game database. Even as you read this, it’s entirely possible to influence the order below. If you haven’t rated your favourites yet, simply click the ‘star’ of the game you wish to rate and assign a score right now. 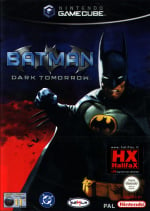 Oh boy… This wasn’t a great time for the caped crusader. Widely considered to be the worst bat-game of all the bat-games, Batman: Dark Tomorrow was so poor that a planned port for the PlayStation 2 was cancelled thanks to the overwhelmingly negative reception. Littered with bugs with repetitive gameplay and a botched camera system, Dark Tomorrow’s attempt at stealth-action gameplay would be nearly perfected just 6 years later with Arkham Asylum.

Batman Beyond: Return of the Joker tried to pay homage to titles like Streets of Rage and Final Fight with its side-scrolling beat-em-up gameplay, but ultimately the game failed to even come close to emulating the slick gameplay of its primary inspirations. It also happened to be an incredibly short game, with many folks beating it in just 1 – 2 hours, an issue exacerbated by the low difficulty on N64. 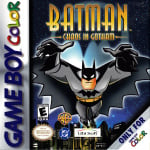 With a plot not entirely dissimilar to Batman: Arkham City, our brooding hero finds himself up against a bevy of escaped Arkham inmates running rampant around Gotham City, including The Joker, Poison Ivy, Bane, and Mr. Freeze. The game’s launch came just before the release of Nintendo’s Game Boy Advance and featured a decent variety of locales, with some pretty cool boss fights to boot.

Like many handheld games from back in the day, Batman Vengeance was a heavily altered version of its GameCube counterpart. Swapping 3D environments for side-scrolling 2D action, the game featured Batman going up against a whole bunch of rocket launcher-wielding thugs. With some pretty nice visuals and some interesting Batmobile sections the game wasn’t a total bust, but its home console sibling enjoyed a bit more praise.

Okay, we all know that Batman Forever isn’t great. But let’s take some positives from the SNES beat ’em up. The music is pretty darn good – Tim Follin, Andrew Brock, and Geoff Follin did a fantastic job creating music that sounds appropriately Batman. And if you want a quick flashback to the ’90s, then this commercial will teleport you straight there. But the SNES version of this game is disappointing. Long load times and objects that obscure your view are just the beginning.

With gameplay similar to Batman Vengeance for the GBA, Batman: Rise of Sin Tzu arguably boasted much smoother animations and visuals. Created specifically for the game’s plot, villain Sin Tzu would ultimately go on to appear in mainstream Batman comics, but his appearance here set the game apart from other tales in the Batman universe. Another fairly short title, this one can be beaten in about 2 – 3 hours, but its decent gameplay makes the effort worthwhile.

Here we go – the age of the scratchy throat Batman. Batman Begins for the GBA opted for a more realistic visual approach in keeping with the gritty nature of Christopher Nolan’s new Batman trilogy. Following the movie’s plot fairly closely, sections of the game let you play as Bruce Wayne in all his civilian glory, primarily during his training with Ra’s al Ghul. It was a distinctly average game overall, and the planned sequels were ultimately cancelled after a host of development issues. 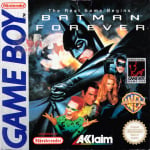 Although similar in terms of plot to its SNES counterpart (they are, after all, based on the same movie), the Game Boy version of Batman Forever is naturally heavily downgraded to function on Nintendo’s plucky handheld. Nevertheless, the action was reasonably well implemented and there are a few groovy tunes in the mix, but this one simply doesn’t hold a candle to its more accomplished sibling.

Reception towards the Game Boy Color version of Batman Beyond: Return of the Joker was slightly more positive than the N64 version, with particular praise given to the game’s cutscenes. Nevertheless, the gameplay was pretty choppy a lot of the time and its overall runtime came in at just over an hour if you’re a dab hand at beat-em-ups. Not a terrible game, but not a particularly good one, either.

Although naturally not as visually accomplished as the home console versions, LEGO Batman 3: Beyond Gotham nevertheless delivered an authentic, reasonably fun LEGO title starring our favourite gritty superhero. It was hampered by clunky and repetitive gameplay and the enemy AI was pretty poor. This is perhaps one for diehard LEGO fans, only. 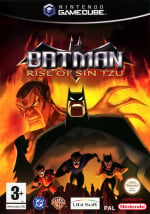 The GameCube version of Batman: Rise of Sin Tzu featured some frantic beat-em-up gameplay; not exactly the kind of over-the-top action you’d necessarily expect from the Dark Knight, but it worked reasonably well. Players had the choice to control either Batman, Batgirl, Robin, or Nightwing, with the game featuring a kind of precursor to horde modes, throwing enemies at you without the need for a pesky storyline. Not a bad entry! 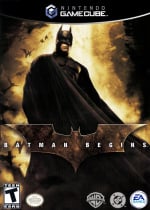 Batman Begins is the only film in the Christopher Nolan trilogy that ever got a video game release, and to be honest, it wasn’t too bad. It gave a new generation of Batman fans the chance to become the caped crusader, and you can see a lot of what the Arkham games would perfect here, such as stealth segments, and a variety of staple weapons such as grenades and batarangs. But unique to Begins is the ‘HF Transponder’, which allows you to stun your enemies with “fear”. For a movie tie-in, it’s more than passable.

The Blonde Scene With Ana De Armas Some Viewers Say Went Too Far
Round Up: The Reviews Are In For NieR:Automata The End of YoRHa Edition
MultiVersus datamine suggests Mark Hamill’s Joker may be coming to the game
Today’s Wordle 470 answer and hint: Sunday, October 2
Armor Wars: Planned Disney+ Series to Be a Marvel Movie Instead